Catsburg arrived at Termas de Rio Hondo third in the standings, and was just eight points behind championship leader Tiago Monteiro after taking pole position in his Volvo S60 Polestar on Saturday.

But Catsburg suffered a puncture in Sunday's opening reversed-grid race, dropping him out of fifth place.

He then picked up a second, near-identical front-left failure during the main race, having comfortably led the first half of the race from pole.

Catsburg's issues come two months after a wave of criticism aimed at tyre supplier Yokohama, led by Honda driver Monteiro, in the wake of a spate of punctures that affect drivers during the Nurburgring round in May.

"This is a very smooth and flat track, there are no kerbstones where you can hurt the tyre," Catsburg told Autosport.

"There are not even a lot of compressions on the track.

"If you compare it to Vila Real where you are bumping the kerbs the whole race, we're not even close to that here, so we're not really sure what is going on.

"One thing that is clear is we've had punctures all season, not [just] me but in general drivers in championship.

"I think we need to have a hard look at the tyres we are driving on." 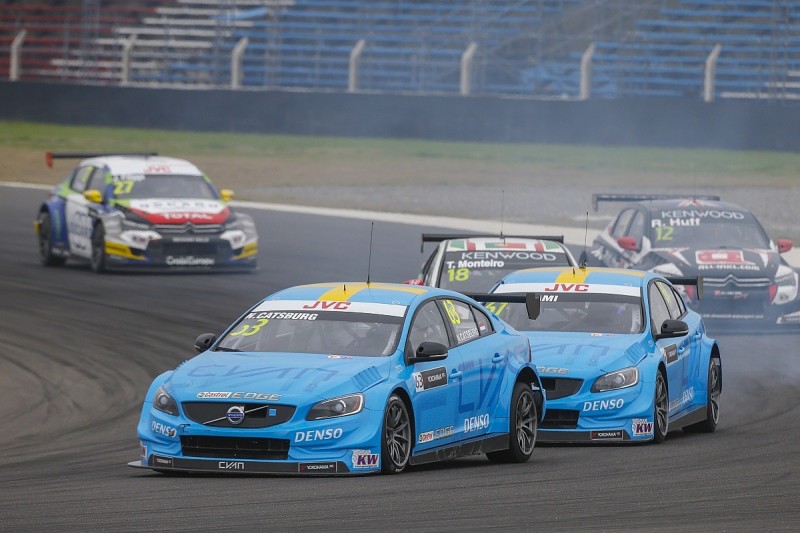 Catsburg rejected the suggestion that his punctures could have been influenced by the set-up of his car, with team-mates Thed Bjork and Nestor Girolami - who ran similar pressures - avoiding any tyre dramas.

"It's hard to imagine because the set-ups are almost equal [between the team's cars]," said Catsburg.

"After race one we were very conservative with the tyre pressures because we weren't sure why we had a puncture.

"Even being conservative we destroyed the tyre, so we need to see what is going on."