Just one hundredth of a second separated the pair at the chequered flag, with Chilton just prevailing after they went side-by-side through the final three turns.

While a heavy pre-race shower meant the first two laps were conducted behind the safety car, they also helped enliven a race notable for multi-car fights throughout.

Pepe Oriola kicked off the action by passing Chilton and Muller in quick succession to take an early lead, although he faded as the race wore on and was eventually picked off by both RML cars and their Bamboo equivalents, leaving him fifth.

Rickard Rydell also managed to climb through the field and into fourth, only to likewise fade rapidly into the clutches of a six-car train led by Nash and MacDowall.

Rob Huff, who announced he had signed a two-year deal with Lada prior to the race, was also involved along with Gabriele Tarquini and Norbert Michelisz.

Huff initially dropped to the back of that pack, but a superb move on Michelisz around the outside of Turn 1 - which also included a great save by the Hungarian - provided the platform for a renewed attack in the latter stages of the race.

He was able to reel in Tarquini and pass him for sixth on the final lap, falling just short of picking off Oriola to claim a top five spot. 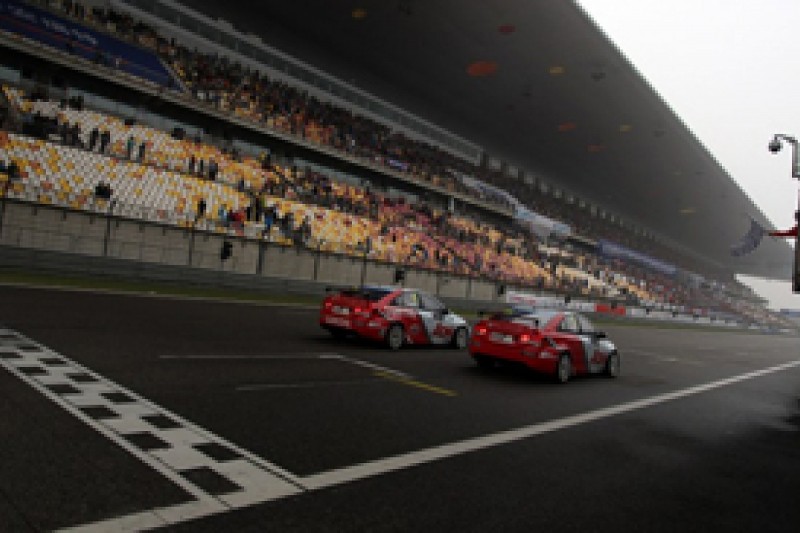 Tarquini therefore finished seventh, just ahead of Lada's James Thompson and Special Tuning's Tom Boardman, both of whom had superb drives to come through to eighth and ninth respectively.

Michelisz meanwhile beat Tiago Monteiro to 10th, their fight only settled on the final lap.

The battle out front similarly went down to the wire, with Chilton hounding Muller and launching an attack at Turn 14.

The pair stayed locked together through the next two turns, with Muller - who held the inside line at the final turn - giving his team-mate a very generous amount of space, which allowed the Briton to slip through and claim a second WTCC win by the narrowest of margins.