The American round of the World Rallycross Championship has been dropped from the calendar for the next two years.

The series had announced its initial 2019 schedule in October, but presented a revised 10-event calendar to the World Motor Sport Council in St Petersburg on Wednesday.

The first World RX event to be held in the US was run at Austin's Circuit of the Americas in September, but further visits to the venue will now be "postponed" until the planned electric switch in 2021.

Series promoter IMG has citied a reduction in costs for teams as the reason for dropping the US event.

IMG has come under increasing pressure in recent weeks to help reduce costs for teams competing in the series.

DAVID EVANS: How it's gone wrong for World RX

"After consulting with the FIA and our World Championship teams, we have decided to reduce the number of events in our 2019 calendar," said World RX managing director Paul Bellamy.

"This decision has been made to help control costs for the teams and ensure the series remains as competitive as possible." 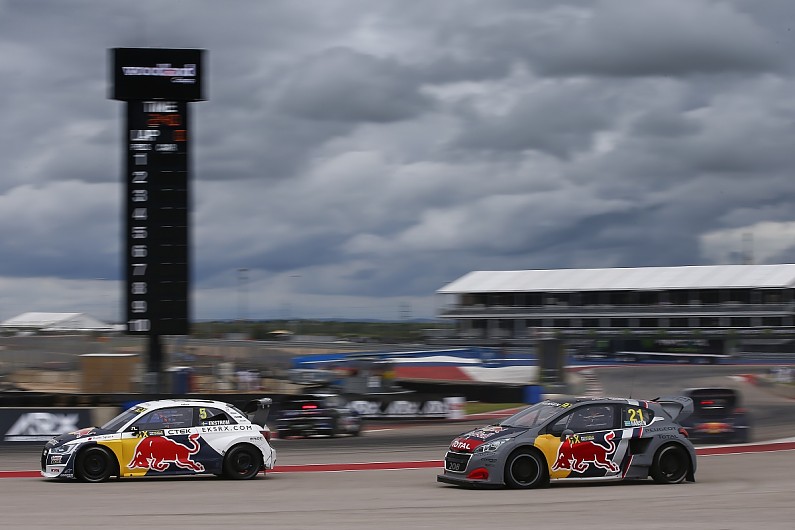 A round of the Americas Rallycross series, also promoted by IMG, will continue to be held on the September 28-29 weekend.

"We are planning the return of the World Championship to the USA in 2021 when we add electric cars," said Bellamy. "We are still very much committed to growing rallycross in the USA and will continue to build audiences and platforms through our Americas Rallycross Championship."

The removal of the planned penultimate round means the South African finale, which was due to be held on the final weekend in November, has been moved forwards three weeks to November 9-10.

Having four 'flyaway' events - in Abu Dhabi, Canada, America and South Africa - had been one of teams' main concerns about the calendar, which still features the series' debut at Formula 1 venues Yas Marina and Spa.