Brothers Timmy and Kevin Hansen have been retained by the Peugeot World Rallycross Championship outfit for 2018 alongside nine-time World Rally champion Sebastien Loeb. 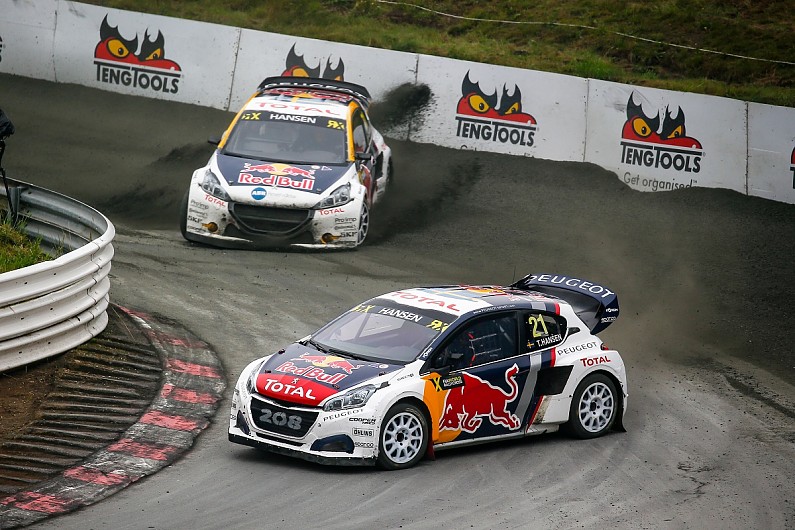