Latifi will miss the first pre-season F2 test as he recovers from an infection that prevented him from driving for Force India in last week's opening F1 test at Barcelona.

Ticktum, the 2017 Macau Grand Prix and McLaren Autosport BRDC Award winner, drove for DAMS in the final three rounds of last year's GP3 season, scoring a best finish of third in the second race at the Abu Dhabi finale.

Autosport understands that the 18-year-old, who will race for Motopark in the Formula 3 European Championship this season, will drive on the final day of the three-day test in what will be his first taste of F2 machinery. 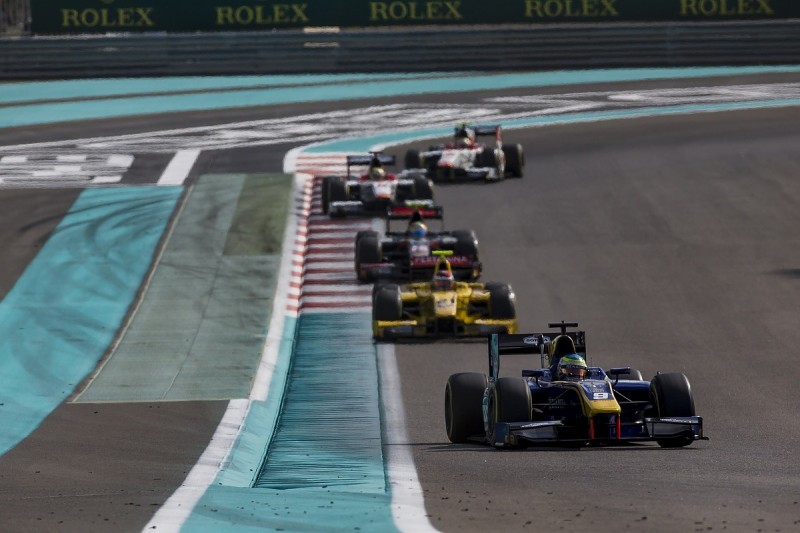 He won two feature races last season - losing a third due to an excessively worn skid block in Abu Dhabi - and will drive on the first two days of the Paul Ricard test.

After his F2 running, Rowland will fly to Japan to prepare for the Super Formula rookie test at Suzuka on Saturday.

Alexander Albon will drive DAMS' other F2 2018 car for the duration of the test.

DAMS is yet to formally announce its 2018 driver line-up but Latifi, who finished fifth in last year's F2 season with one win, is expected to stay on for a third successive campaign, with Albon likely joining from ART Grand Prix.

It is also understood that DAMS will race with a fresh livery in 2018.

The Paul Ricard test is the first of two that the F2 field will complete ahead of April's season-opener in Bahrain.

Teams completed a shakedown session at Magny-Cours last month, which was their first chance to sample the new turbocharged F2 2018 car.