Friday favourite: The all-action rallycross venue with a bit of everything

Circuit racing has plenty of gems, but the rallycross world also has its fair share of tracks that capture the imagination of both fans and participants. Current World RX team boss and legendary former driver Kenneth Hansen explains what makes Holjes in Sweden his favourite circuit in Autosport's ongoing series

When it comes to making a good rallycross track, a few key ingredients are needed. First, a mix of challenging corners where drivers can take different racing lines. Then you need a passionate crowd creating an amphitheatre atmosphere. A good history also helps.

Throw in some spectacular jumps plus blind crests and in Sweden’s Holjes Motorstadion– which first hosted the European Rallycross Championship in 1991 and has been a permanent fixture since 1999 – you have a circuit that ticks pretty much all the boxes.

As a driver, 14-time European champion and boss of the Hansen World Rallycross team Kenneth Hansen claimed six ERC victories at the venue he regards as his favourite track. It’s a circuit that the Swedish legend says, with a fair degree of understatement, “has quite a lot” going for it.

The challenge begins with the very first corner, which invites aggression as drivers jostle for position on gravel approaching the slightly uphill right-hander, the road surface switching to asphalt just before the braking zone.

“It’s a difficult one there,” Hansen says, noting that it’s not always about optimising the racing line, but finding where the grip is. “Two cars can go through there but three cars… The third one on the outside will be in the dust and then they are done.

“It depends a lot where you are on the grid. To win the first corner, you need to be quite determined.”

After Turn 1, drivers then immediately face a choice between turning left on the main course or feinting right towards the ever-slippery joker section, a tight left-right chicane. Following the left-hander on the main course is a sharp right over a drop, before the circuit meets the joker exit – a frequent point of contact – and another left-right on gravel that invites drivers to attack the kerbs. Over a crest where the cars go light, drivers enter the banked Velodrome corner, one of two asphalt hairpins that bookend the track. 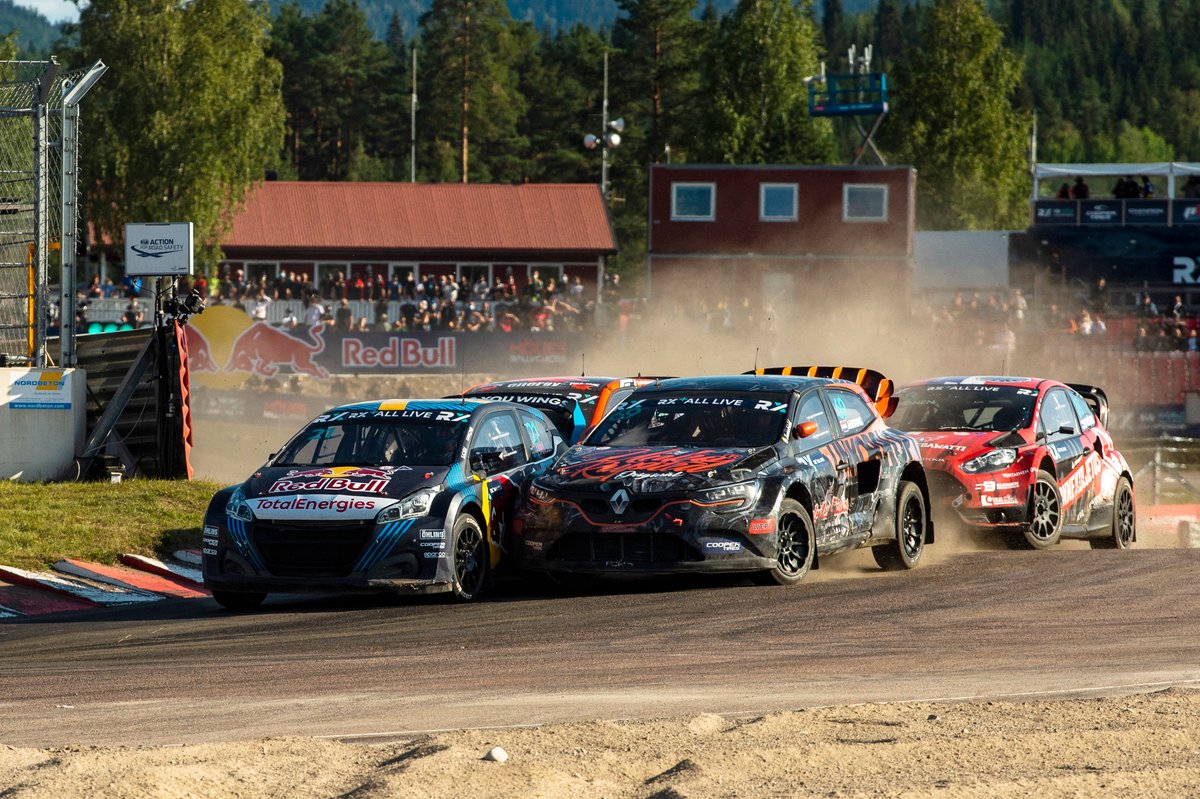 Overtaking here is possible, Hansen reckons, although he says it’s just as good an opportunity to set up for a slingshot move through the fast gravelly left-hander that follows before cars plunge down the hill on asphalt into another fast right-hander (on gravel) that sets them up for the famous Holjes jump.

“If you are behind someone and you are faster, then I would try lines and make them stress a little,” Hansen says of the Velodrome, where drivers tend to use the handbrake to help get the car rotated. “Then you start to be on the wrong line and closing the door a little bit more into the corner and losing speed out, so it’s possible to overtake.

“You need to work for it around the track and get the driver in the wrong position for the jump so you can challenge them. It’s like chess, you play the game, you make some moves but it’s actually three corners later before you gain the position.”

"I was quite a clever driver, but sometimes in the finals [at Holjes] I forgot about the championship and it was a little too much into win the race. But it’s a little boring if you don’t try" Kenneth Hansen

Hansen reckons that the right-hander prior to the jump, where he once turned Norwegian rival Ludvig Hunsbedt around - “I could see his face through the front-screen!” - was more enjoyable in years gone by as the downhill approach was fully coated in gravel, which made it “very easy to make a mistake and be wide or lose a little speed”. But he recognises that this is a double-edged sword for rallycross; tracks with rough edges can be open to complaints, but often create the finest racing.

“We need to have good challenges and that means also that there needs to be some holes, some bumps which upset the cars and makes things happen,” he says.

It was after the jump and into the 180-degree left-hander that closes the lap that Timmy Hansen launched a last-gasp lunge on Mattias Ekstrom in 2015. The stewards decreed that Hansen Jr’s final lap move had been overly robust and docked him the win, meaning his father’s eponymous squad had to wait until 2021 for its first Holjes win in the World Championship era. But it was well worth it, as Timmy Hansen led home team-mate and brother Kevin.

“It must be last year when we had the 1-2 there,” Hansen says when asked about his favourite Holjes memory. “It’s our home circuit but still it’s not the most successful circuit that I have had – or Timmy and Kevin have had. So to be 1-2 was a big moment, I must say that was something fantastic.” 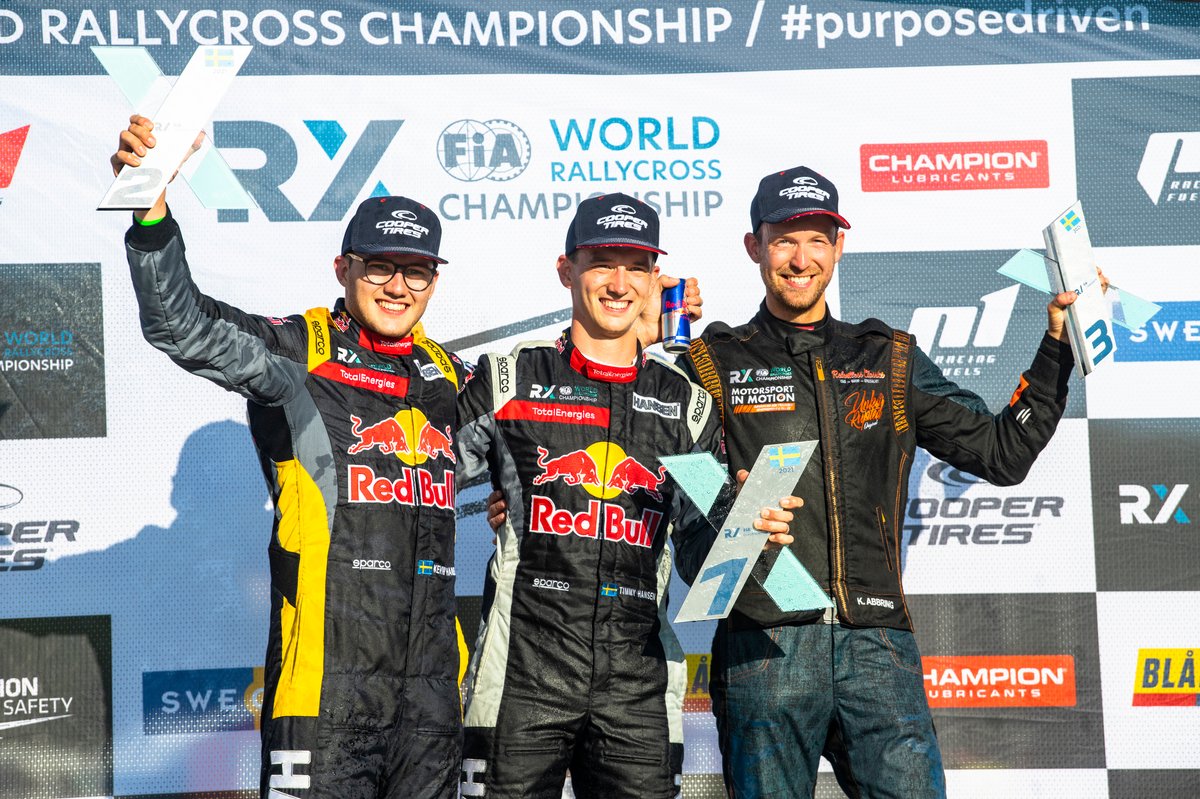 In his own driving career Hansen Sr acknowledges that “the atmosphere did do something” to his performance level when he raced at Holjes, although recognises that he sometimes lost sight of the bigger picture in his desire to please the ranked masses of locals watching on.

“When you had a lot of spectators, especially on home ground, you felt it was in another level,” he says. “I think somewhere in the back it was there to push you to do something extra.

“I think I was quite a clever driver, but sometimes in the finals I forgot about the championship and it was a little too much into win the race. But it’s a little boring if you don’t try. If you get a small gap, in my opinion, you need to try it at least. Even if it can be a small chance, you need to try it, because that’s rallycross.” 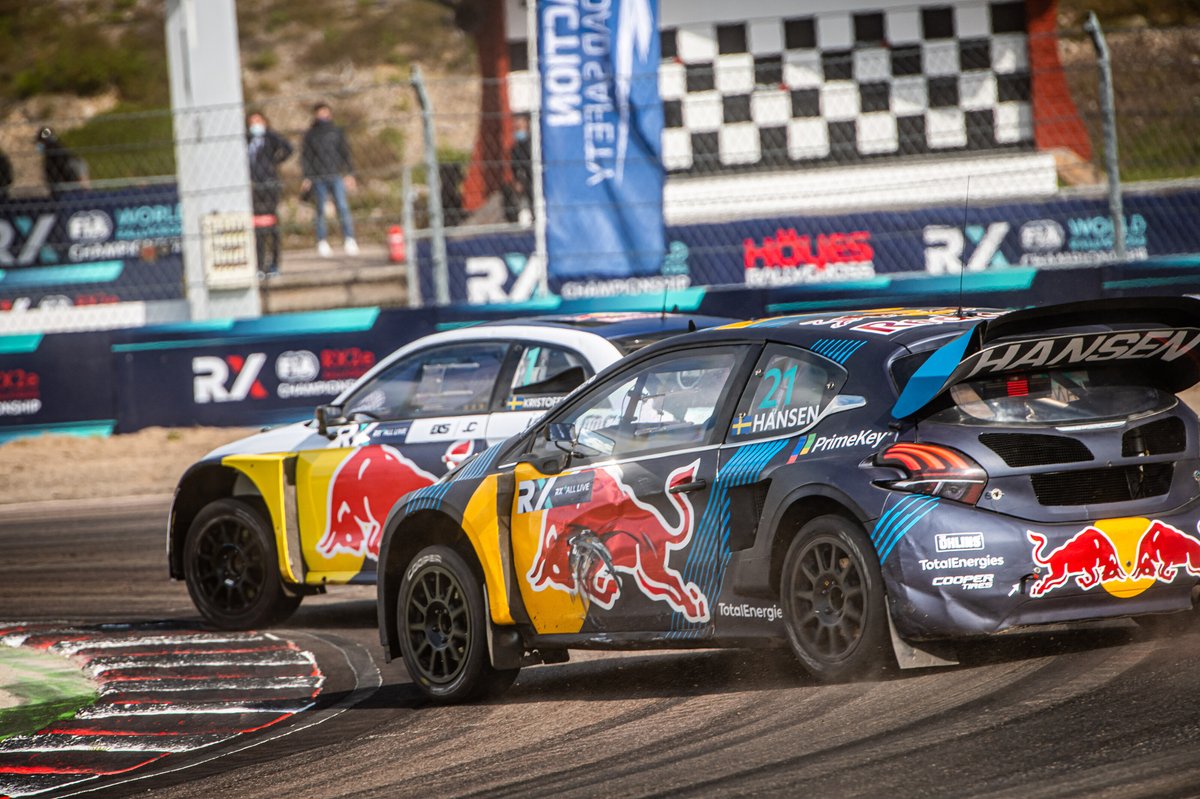 Plus
Plus
Formula 1
Monaco GP
8 m

Plus
Plus
World Rallycross May 30, 2014
David Evans