Timmy Hansen banished memories of losing his home round of the World Rallycross Championship at Holjes in 2015 to a controversial penalty by dominating the final at the Swedish venue.

The 2019 champion, who was denied victory in 2015 following contact at the last corner with Mattias Ekstrom, led semi-final one from lights to flag to secure the front row for the all-important final.

As on day one, the Swede didn't have things all his own way in qualifying on Sunday, with Dutchman Kevin Abbring and then Q1 winner Johan Kristoffersson setting the fastest times.

But second quickest times in both sessions, while Kristoffersson only managing sixth in Q3, ensured Hansen took the top spot.

After a difficult round one in Barcelona, where he and his EKS JC Audi S1 were disqualified from the first session for the FIA Data Logger being unplugged, Kristoffersson led semi-final two from pole position at Holjes looking to finish better than his third place finish from the opener. But a front-left puncture from the lead of the race left the triple World RX title-winner out of the running.

That left round one winner Kevin Hansen in a position to take the second semi win, following a difficult run through qualifying for the championship leader which included transmissions problems in Q3.

For the second round in succession, the Hansen squad locked-out the front row of the final and, in another masterful display of team work, Kevin Hansen ran round the outside of polesitter Timmy through Turn 1 then braked early for turn-two, allowing Timmy to cut back into the race lead. 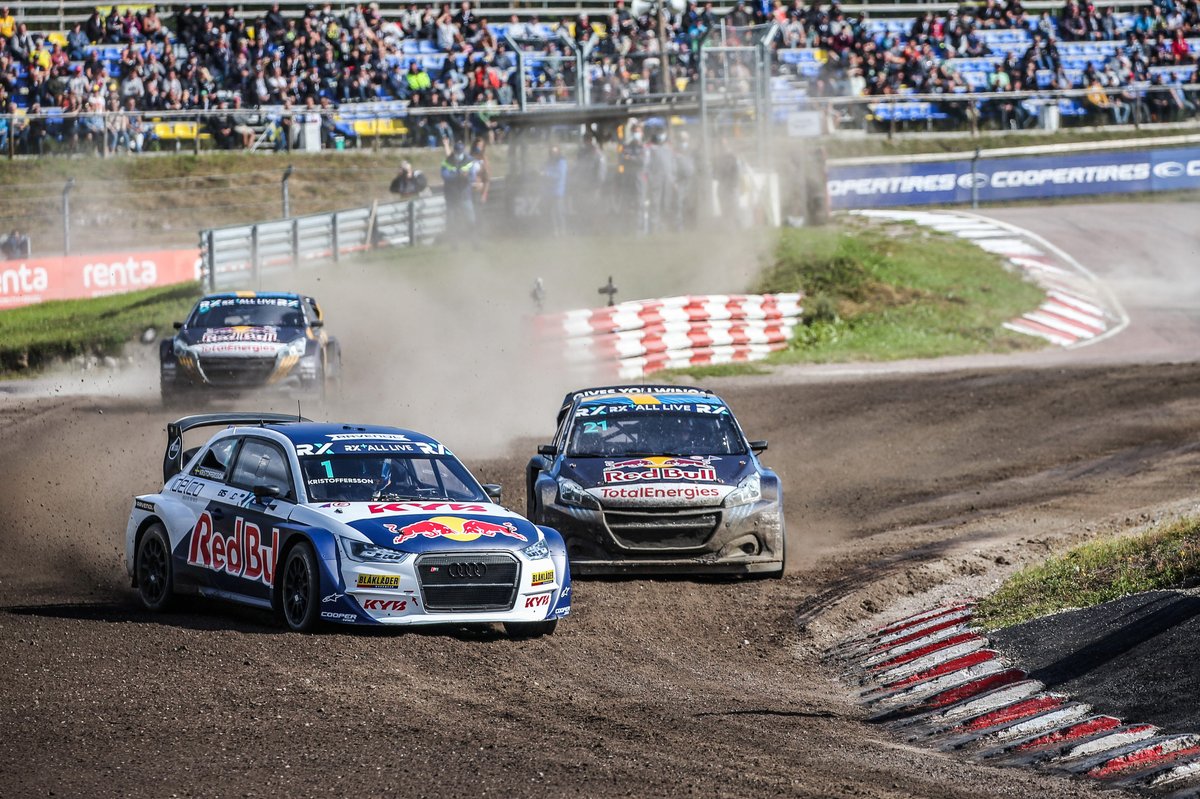 Abbring meanwhile dived into the joker at the first opportunity, and quickly closed onto the back of the leading train in his Renault Megane.

In his first World RX final, Enzo Ide was next to take his joker and duly released Abbring, but he spent the following laps behind GRX-SET driver Krisztian Szabo and was unable to make any further progress until the Hungarian followed the Hansen brothers into the joker on lap six.

By then Timmy Hansen had done enough to retain the lead, followed by his younger brother, in turn taking the championship lead, while Abbring slotted into third to claim a maiden World RX podium with the Unkorrupted squad.