The World Rally Championship points leader moved into a 40.3s lead over Evans after stunning his opposition when torrential rain turned the final two afternoon stages into a mud bath.

Toyota’s Takamoto Katusta reclaimed third after Hyundai’s Thierry Neuville lost four minutes on the final stage when his engine cut, before then retiring following a collision with a tree.

Sebastien Ogier reached service in fourth, 2m38.3s in arrears, with Neuville dropping to fifth following his 10 minute penalty for retiring. The Belgian is expected to rejoin the rally on Sunday.

Oliver Solberg ended the day in sixth ahead of M-Sport’s Craig Breen, who returned to action today after retiring on Friday night.

Dark clouds were on the horizon for the afternoon's first stage, but conditions remained dry as Evans claimed his second stage of the event to close in on Rovanpera.

Evans managed to take 3.6s from Rovanpera to bring the gap down to 15.8s, while the Finn revealed he was starting to feel unwell.

“It's really hard to define the pace," said Rovanpera. “I started to feel sick in the midday service and I don't feel so good now, so I just want to get to the finish now.”

Now fighting for third, Neuville kept himself in the hunt but shipped 2.8s to third-placed Katsuta. The Belgian’s run through the stage was eventful as his i20 N arrived at stage end with some of its front bodywork missing. 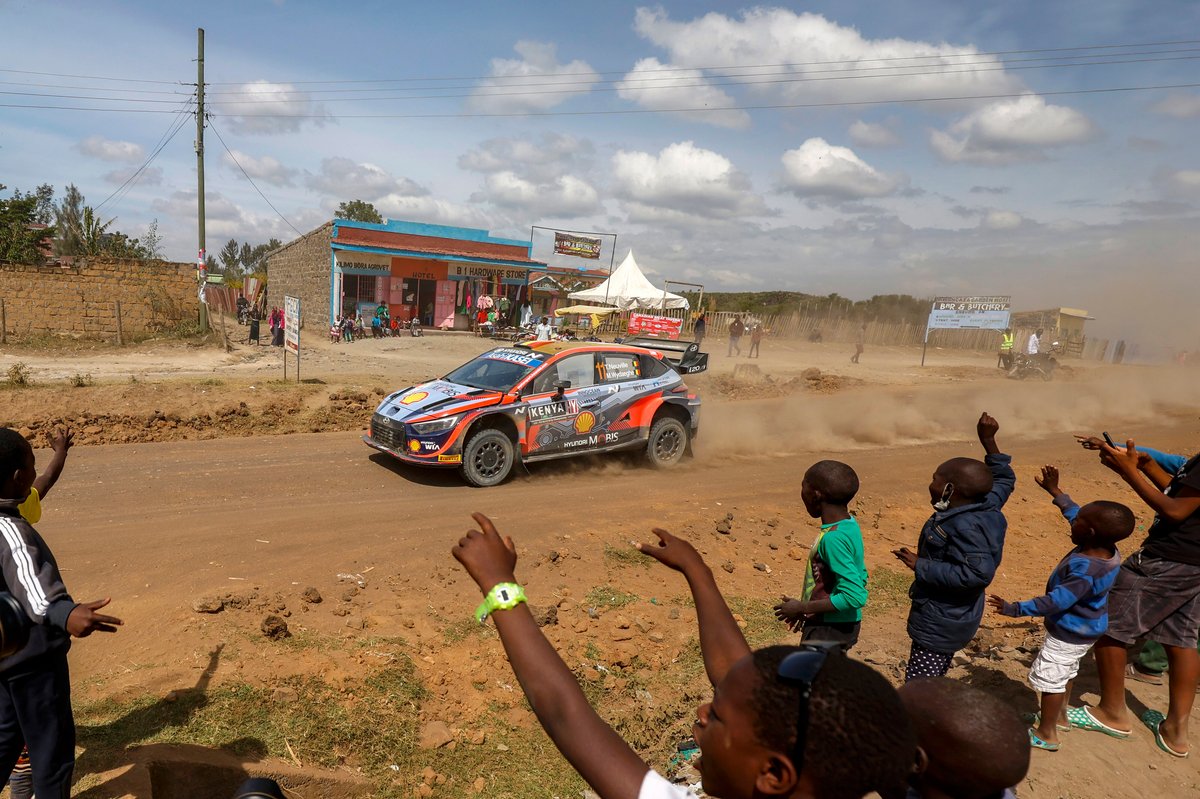 Neuville retired on the final stage of the day, dropping him out of the fight for third

Rain arrived 10 kilometres into Stage 12 to step the challenge up a notch for crews. But it failed to stop Rovanpera, who produced the drive of the rally so far.

The Toyota driver slid his way through through wet and muddy roads that created the perfect scenario for aquaplaning. While others expressed caution, Rovanpera won the stage by 11.2s to extend his rally lead over Evans to 27.1s.

"It just felt that I was quite neat and tidy on the mud,” said Rovanpera. “I don't know why it's such a fast time, but otherwise all good."

Neuville clocked the second fastest time on the stage, which was enough to move into third overall and ahead of Katsuta, who struggled for grip and briefly aquaplaned off the road.

While the skies cleared for the final stage of the day, the roads remained sodden which made for some of the toughest conditions thus far.

However, Rovanpera once again was unflappable despite the treacherous roads and reduced visibility as he took a further 13.2s out of Evans.

“I don't know even myself [how we did it],” said Rovanpera. “We were basically off two times in the water - we couldn't keep the car in a straight line and I couldn't see anything. I am happy to be here.”

Evans described the stage as “awful”, with his disgust increased by a windscreen washer issue that left him struggling to see the road ahead. He also was lucky to emerge unscathed from a brush with a tree that caused some light cosmetic damage. 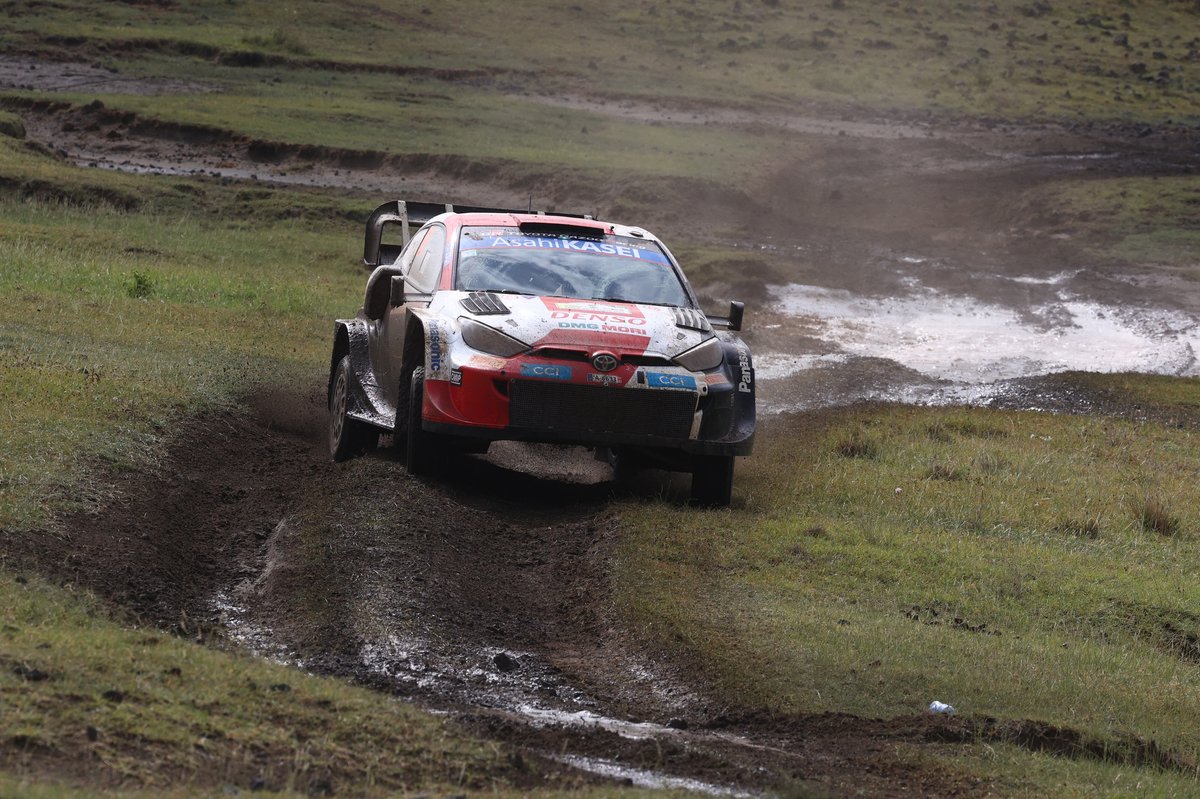 Conditions were hugely difficult for drivers, but Rovanpera shone

Toyota team-mate Ogier bettered Rovanpera’s time to win the stage, despite a few wild moments of his own in the mud.

The battle for third took another twist as Neuville’s season of misfortune continued when an alternator issue struck shortly after winning the previous stage, necessitating a fix on the road section.

Once he entered the day’s final stage, his i20 N’s engine ingested a significant amount of water which ground the car to halt for four minutes. Once it fired back into life, Neuville completed 200m before crashing into a tree.

Neuville’s problems handed Katsuta the provisional final podium spot, despite the Japanese driver suffering a puncture during the the stage.

Similar to Neuville, Solberg faced his own battles in the conditions, as his engine cut out twice before eventually emerging to the finish of day three as the only Hyundai driver to complete all of the stages so far.

Returning after retiring for Friday, Sebastien Loeb somehow managed to haul his M-Sport Puma back to service in 10th overall, after completing the final 15 kilometres with a front left puncture, a broken steering arm and without the full usage of his brakes.

The rally will conclude on Sunday after six more stages.