Tanak had grabbed first place back from Neuville by setting the pace on the opening Orzysz stage, where the M-Sport Ford beat the Hyundai by 4.9 seconds and moved ahead overall by 1.8s.

But on the following Paprotki stage, Tanak clipped a bank and pitched himself into a spin, doing severe front end damage to his Fiesta.

He limped to the stage finish, losing nearly a minute and a half and falling behind Hayden Paddon to third overall.

But with no midday service Tanak will not be able to carry out sufficient repairs to contest the final two stages and is set to retire. 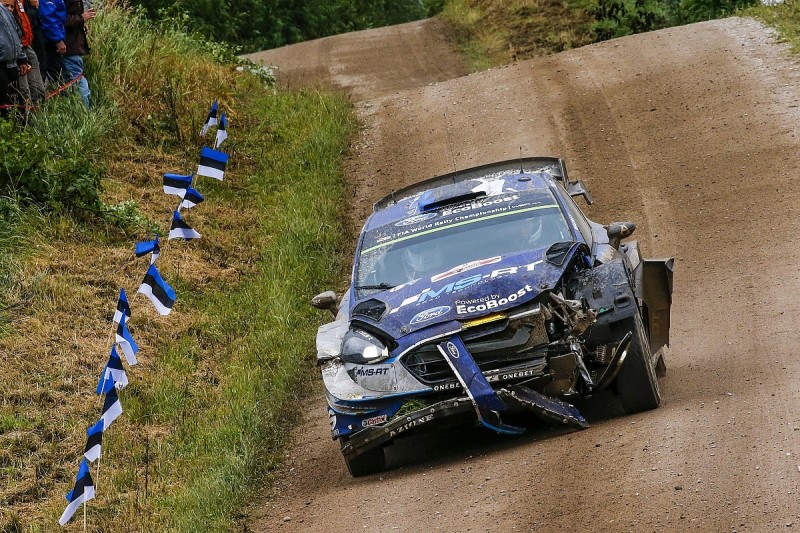 With the rain that blighted Friday having returned, most of the field began the final morning very cautiously.

Paddon in particular described his tactics as a "Sunday drive" and the new second-place man is 1m03.3s behind team-mate Neuville.

Sebastien Ogier is set to move up to third if his team-mate Tanak has to retire, while M-Sport's World Rally Car rookie Teemu Suninen will advance into the top five behind Dani Sordo.

Further back, a mistake from Andreas Mikkelsen dropped him back behind Juho Hanninen into what will become 10th, while Craig Breen has cleared the WRC2 field and will be 11th. 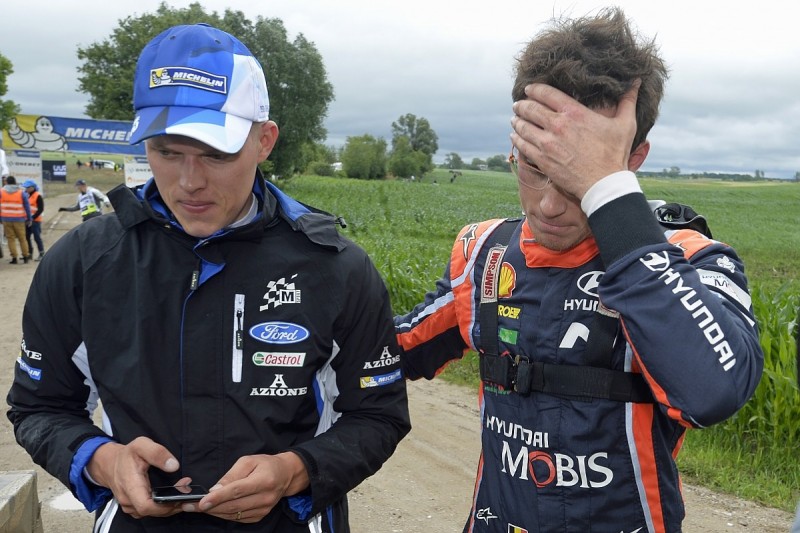