A stuck wiperblade after Ittiri Arena stage's watersplash slowed M-Sport Ford driver Tanak slightly, but his time was still enough to split the Hyundais of Neuville and third-placed Dani Sordo.

M-Sport driver Elfyn Evans took fourth on an event that is not expected to suit his DMACK tyres.

He topped a resurgent Hayden Paddon, who had a breakthrough performance on the championship's previous round in Portugal last month.

Portugal winner Sebastien Ogier faces a weekend of sweeping the road as the championship leader, and a line different to anybody else through a right-left kink had his M-Sport Fiesta on two-wheels on SS1.

Still, he brought the car back in an equal time to Paddon. 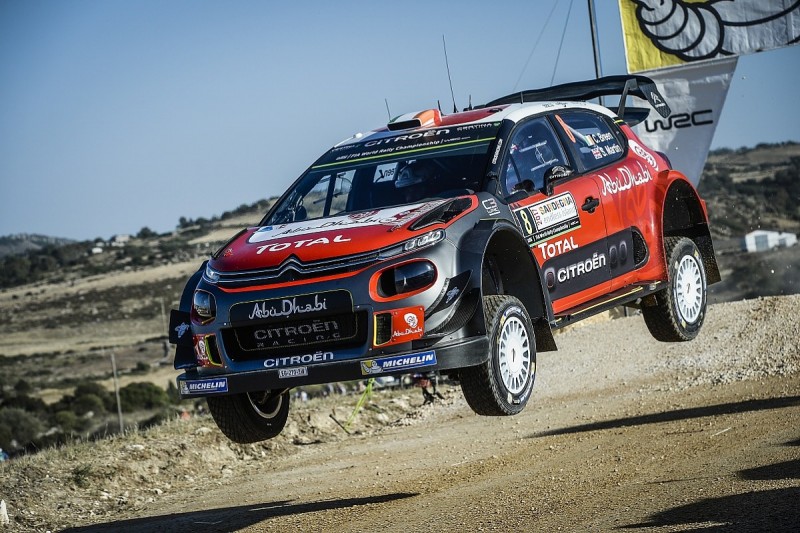 A trio of Citroens rounded out the top 10, but it was new blood in the team taking the mantle of fastest C3 WRC.

Andreas Mikkelsen, on a one-event deal with the squad after starting the year in WRC2 with Skoda, headed Kris Meeke and Craig Breen.

The three Toyotas of Jari-Matti Latvala, Esapekka Lappi and Juho Hanninen all struggled on the opener, filling the immediate spots outside of the top 10 respectively.

Yohan Rossel topped the WRC2 runners through the stage in his Citroen DS 3 R5, 5.9s down on Neuville's benchmark.