Andreas Mikkelsen concedes he was anxious about his first test of Citroen's 2017 World Rally Car, ahead of his Rally of Italy return

The winner of the 2016 season finale, Mikkelsen has spent the bulk of this year on the sidelines following Volkswagen's World Rally Championship withdrawal.

Having been limited to sporadic outings in a WRC2-spec Skoda Fabia R5, he will make what is currently a one-off appearance with Citroen this weekend in his first start in one of the 2017 WRC cars.

He tested Citroen's C3 WRC for the first time last week, and initially feared his speed might have dipping during his time away.

"I was a little bit anxious before of the test with Citroen, would the speed feel normal after driving in WRC2 for a while," the Norwegian said.

"I was the same before I tested the Hyundai earlier this year. But it was OK.

"The feeling with the speed in the C3 was quite normal for me. When you have been at a good level for long time, it's OK.

"Look at Elfyn [Evans] he has shown what you can do when you can drive - he was in WRC2 for a whole season, but came back and set fastest times in Monte Carlo."

Mikkelsen completed close to 180 miles of testing at competitive speeds in the C3 WRC in the south of France.

"The test went well," he said.

"It was really nice to be back in a proper fast car and there's no doubt the C3 is a fast car." 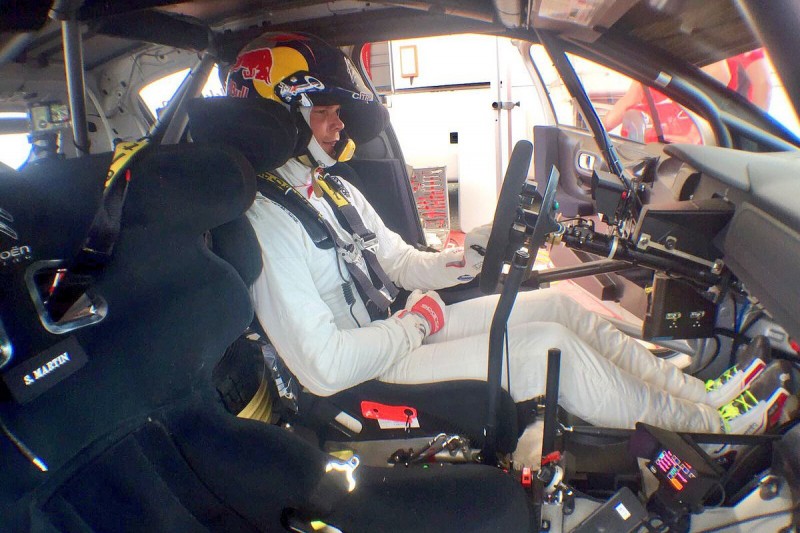 Mikkelsen met the team at Citroen Racing headquarters in Versailles before the test and he admitted the desire to return the squad to former glories was obvious.

"The team was all really nice and you can see they are really motivated," he said.

"They are working really hard and they're working to make a good car even better. I hope I will be able to help in some way.

"Like I said, the C3 is a fast car, but there's potential to make it even faster."

This week, Mikkelsen's focus will be on finding his feet in a new car, and he will largely inherit regular Stephane Lefebvre's set-up.

"Sardinia is about driving with the feeling and taking things step-by-step," he said.

"One day isn't enough to learn the car completely.

"We did some steps with the car, but to go very fast you have to be totally confident in driving and knowing what the car is going to do in every situation.

"This is a new car for me and I think this can make it difficult for me to be right in the very top in Sardinia."