Ogier reclaims the championship lead that he held following his opening round victory in Monte Carlo, with Neuville holding second in the points after logging his third successive podium finish.

The result stands as the third closest finish in WRC history, replacing Evans and Neuville’s 0.7s gap at the end of the 2017 Rally Argentina. Only the 2007 Rally New Zealand (0.3s) and the 2011 Jordan Rally (0.2s) are closer in the history books.

Evans took the initiative early, having struggled to be as ‘brave’ as he felt Saturday’s stages had required him to be.

With an abundance of bravery on Sunday morning, however, the Welshman claimed a stage win from Neuville to start the final day, closing the gap to leader Ogier from 6.9 seconds overnight to 4.3s.

The Frenchman had meanwhile hit trouble in the most literal sense when a road traffic accident on the way to the opening stage knocked co-driver Julien Ingrassia’s door out of shape and took away some of the sensitive aerodynamic integrity of his Yaris WRC.

On the following stage, Evans won again from Neuville with Ogier dropping 8.4s and handing the overall lead to the Welshman.

On their return for a second pass through the opening stage of the day, Neuville stretched every sinew to go fastest by 0.4s from an in-control Evans, with Ogier a further 1.5s behind.

This left the top three crews separated by 8s, with Hyundai’s Ott Tanak holding a lonely fourth place more than a minute behind and taking things gently to preserve his tyres for a big push on the points-scoring powerstage.

In apparent defiance of local COVID restrictions, spectators had lined the route throughout the event and the hillsides around the powerstage were teeming as the crowd was treated to a finale to savour.

Running in reverse order, Tanak was the first of the big guns to make a bid for the five bonus points but he struggled with the amount of dirt thrown onto the stage by the early runners and fell short of the provisional fastest time set his beleaguered team-mate Craig Breen. 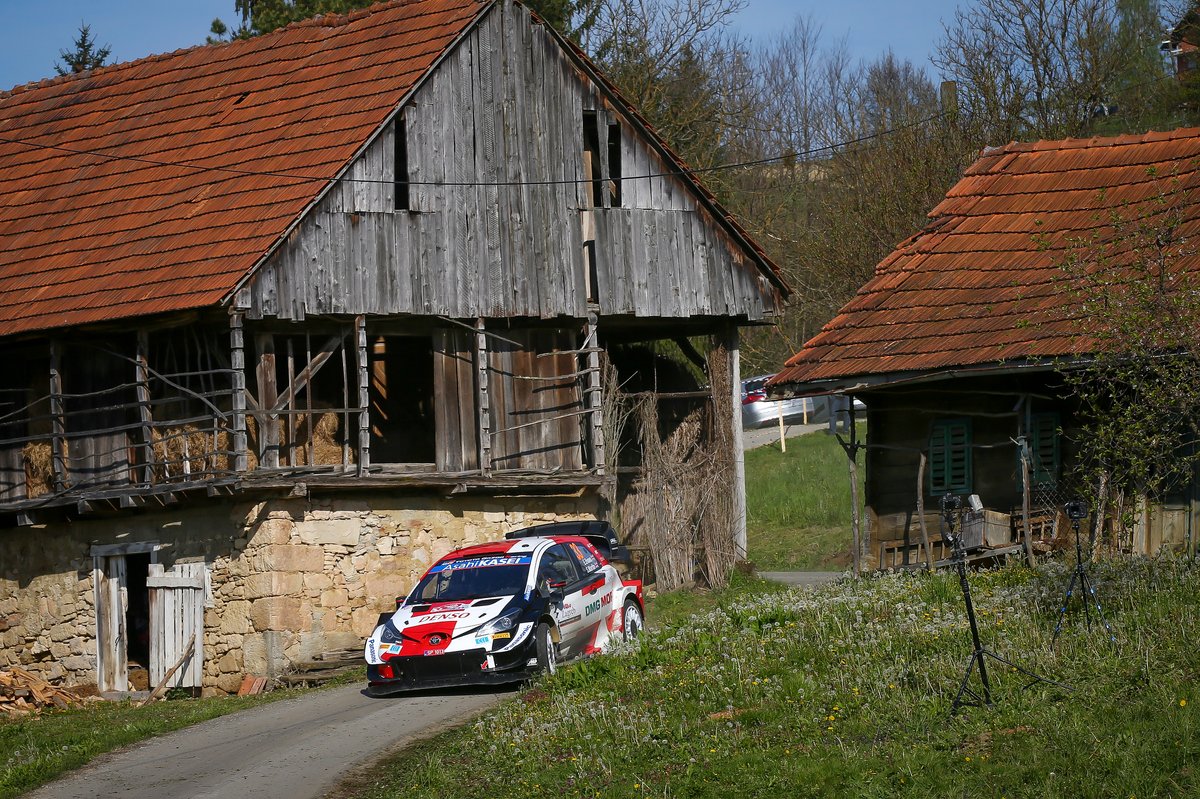 With 8s to find, Neuville was left relying on a disaster to befall the Toyotas but gamely threw his i20 WRC through the stage with habitual flair. In the end, the Belgian hit a patch of dirt on the approach to the last major junction and lost more than 2s.

Ogier ran next and had to deliver a memorable save when his Yaris bottomed-out on a flat-out stretch and almost pitched him into a house but he recovered to go provisionally fastest by 3s.

This left Evans with a reasonable target, but a slow opening sector reduced his advantage to less than a second.

That time was recovered in the next sector, where Ogier almost came to grief, but then the Welshman was caught out in the final right-left complex, ploughing over an immaculate village green before regaining the road and crossing the line having fallen short by just 0.6s.

An overjoyed Ogier said: “I was thinking it would not be enough. It looks like it really went close up to the last metres, maybe a last mistake from Elfyn hand us the win but I think over the weekend the whole team have done an amazing job.

“Of course the emotion for us now is super strong - it’s like it was a crazy rollercoaster for us this weekend between the puncture (on Friday) the issue this morning obviously and I was glad to still be in the race honestly and now just to catch this, like this, I guess that’s why we do this sport for the emotion.”

Fifth place was retained by M-Sport’s debutant Adrien Fourmaux, who blotted his copybook by clipping the inside of a corner early on the second stage and getting himself wedged in someone’s front garden.

Fortunately for Fourmaux, there were plenty of spectators on hand to clear his beached car and the minute lost did little to alter his position ahead of the Toyota of Takamoto Katsuta, his M-Sport team-mate Gus Greensmith and the struggling Hyundai of Craig Breen. 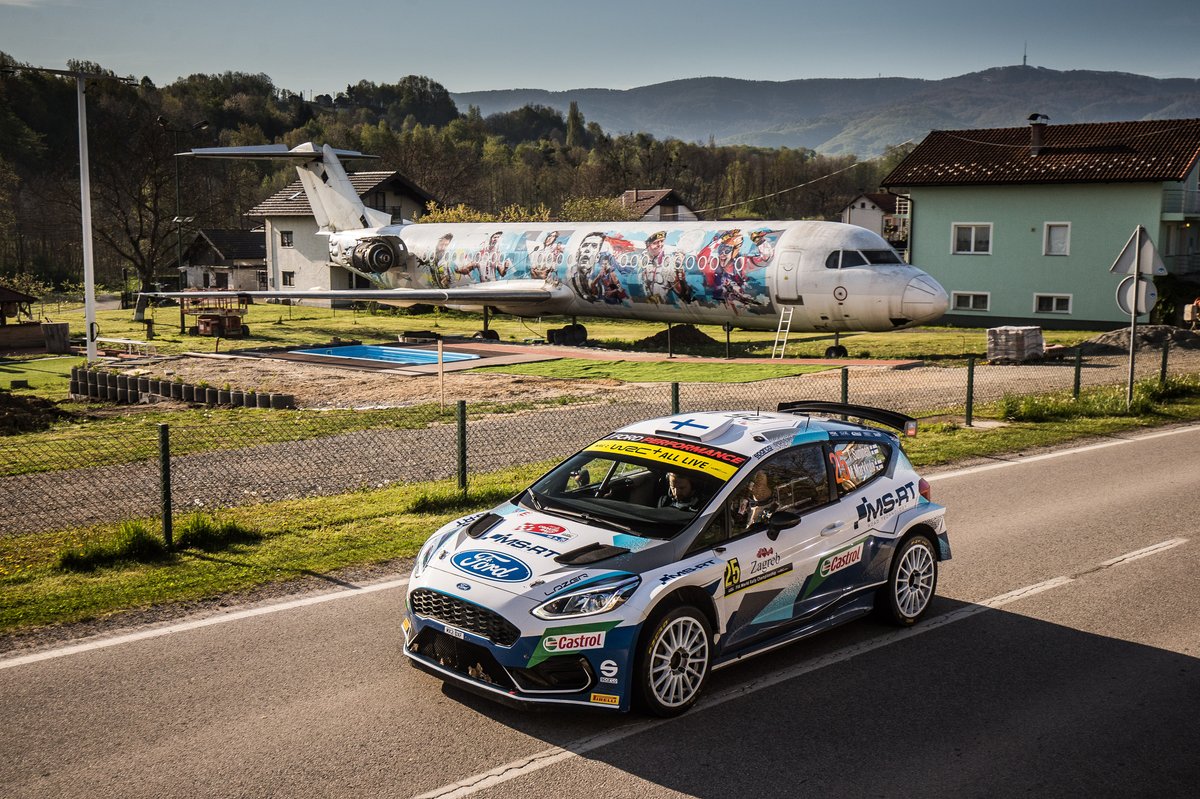 In WRC2, returning champion Mads Ostberg got his title defence off to an ideal start by claiming an unchallenged victory in his Citroen C3.

The Skoda Fabia of points leader Andreas Mikkelsen went off on the opening day and Ostberg’s nearest challenger, Nikolay Gryazin, was hampered by technical issues with his VW Polo before going out of third place on Sunday morning.

All of this drama left Teemu Suninen to claim a distant second place for M-Sport ahead of Anglo-Bolivian regular Marco Bulacia’s Skoda.

Kajetan Kajetanowicz took the WRC3 victory in his Skoda from the similar car of Emil Lindholm.

WRC3 points leader Yoann Rossell recovered from an off on Saturday to complete the podium in his Citroen, while category debutant and 2019 European champion Chris Ingram took fifth.

In the opening round of this year’s one-make Junior WRC, British driver Jon Armstrong took an assured victory in his Ford Fiesta from that of Austrian Martins Sesks, with Finnish youngster Lauri Joona completing the podium.

The 2021 WRC continues with its first gravel round of the year, Rally Portugal, beginning on 20 May.