WRC Rally Australia: Neuville into lead as Mikkelsen forced out

Mikkelsen, who was the overnight leader in only his third rally for the team, ran wide into a bank just over a mile onto the Newry stage.

His i20 picked up a double puncture, but he carried just one spare tyre, meaning he was unable to continue in the rally.

"It's devastating, but what can you do?" Mikkelsen said.

"We are trying to push as hard as we can, sometimes you get away with it, but not today.

"With our tyre choice, we didn't consider two spares. We were saving our tyres for later." 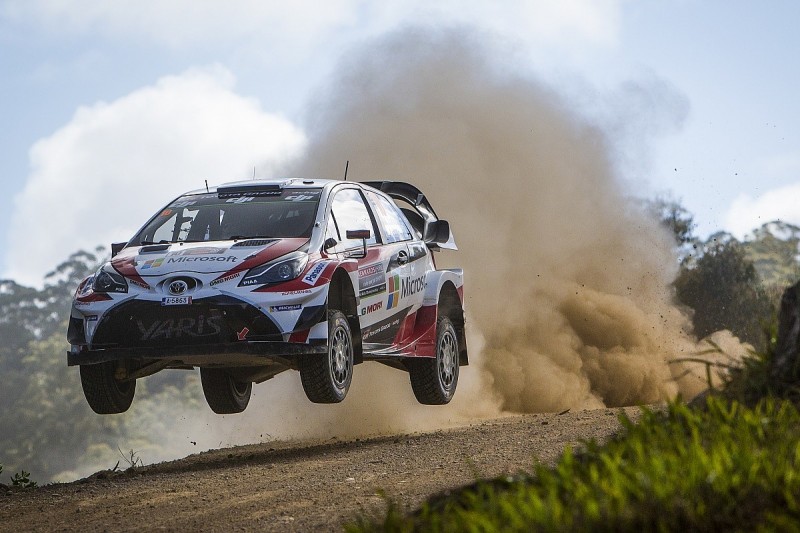 Neuville won the longest stage of the rally - Nambucca - but missed a junction on Newry and reported gearbox issues at the end of the stage as a result of his trip off the road. Hyundai is now changing the gearbox in the lunchtime service.

Ogier was 20.6s off the leading time on Nambucca and a further 28.9s on Newry. He ended the morning in seventh place, just over 15s adrift of Hayden Paddon.

Ogier's M-Sport team-mate Ott Tanak sits in fourth ahead of Rally Australia debutant Craig Breen, who is in an impressive fifth position in his Citroen C3.

Stephane Lefebvre is eighth in the third Citroen. He spun and stalled on Newry but did enough to keep Rally GB winner Elfyn Evans at bay. The Welshman labelled the grip in the morning as "horrendously bad" on his DMACKs.

Evans sits ninth in the overall classification with Esapekka Lappi rounding out the top 10.