Nine-time world champion Loeb claimed four of the day’s six stages to turn around a 6.7s overnight deficit to eight-time champion Ogier into a 9.9s advantage heading into Saturday.

Elfyn Evans dropped significant time on the final stage of the day to slot back into third, 22s adrift.

Ogier started the afternoon 15.9s behind leader Loeb but a fightback on the final two stages of the day, including a win on stage 8, reignited his charge.

Loeb and co-driver Isabelle Galmiche may have added to their stage wins in the new M-Sport Ford Puma, but a hybrid power issue cost them valuable time on stage 7.

That stage however belonged to M-Sport team-mate Gus Greensmith, who managed to eclipse Loeb and Ogier to record a first career WRC stage win, helping the Brit to cement seventh overall.

Thierry Neuville headed Hyundai’s charge in fourth, 47.8s in arrears as the Korean marque made progress in fine tuning its i20 N as the day progressed.

There was some joy for team-mate Ott Tanak who managed to leapfrog M-Sport’s Craig Breen into sixth on the final stage of the day.

Loeb continued from where he left off in the morning, storming to a fourth consecutive stage win on stage 6, a repeat of the 18.33km test that began the day.

The Frenchman admitted that he was on the absolute limit to produce what he declared a “perfect stage” to clock a time 2.9s faster than a recovering Ogier.

"I am feeling really well in the car, so I know that I am on the limit. It was a perfect stage," said Loeb. "At the moment everything is going well, so we will try to continue like that."

After dropping time in stage 5, Ogier responded with a strong effort to claw back time on team-mate Evans in the battle for second overall. 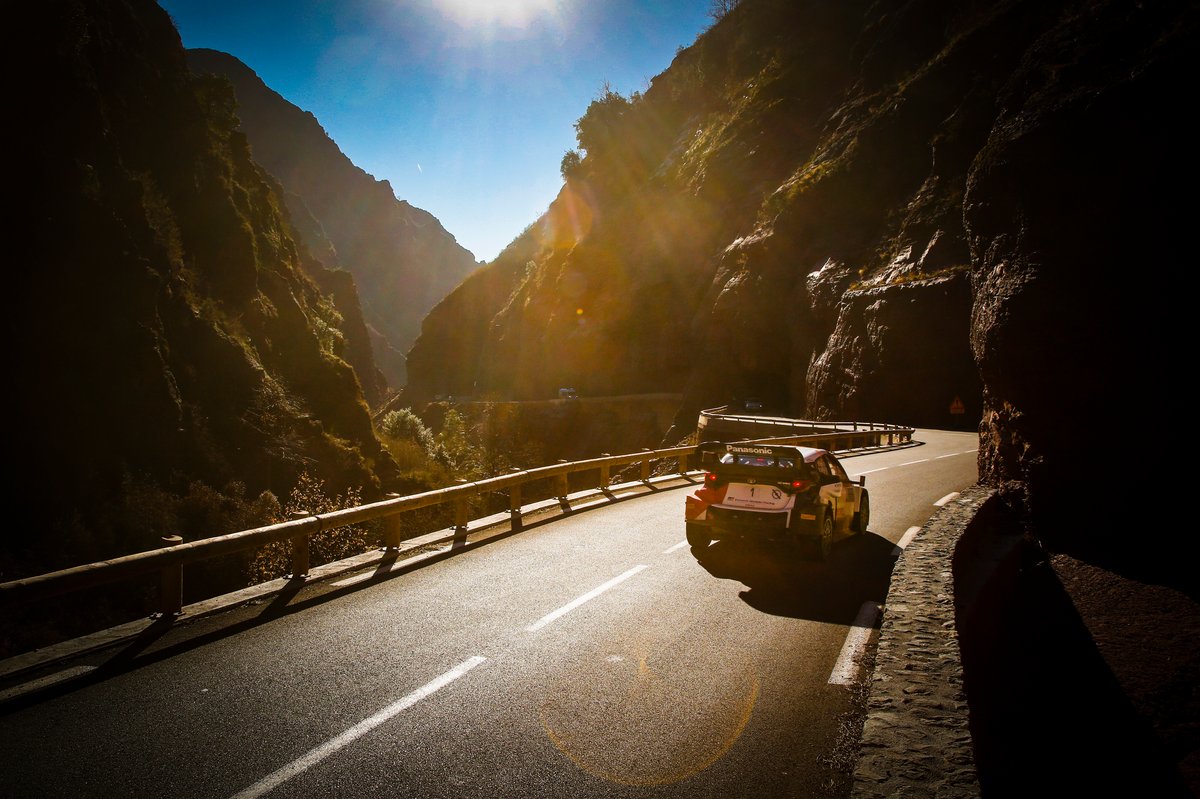 Evans also lost time on the stage that saw a plastic scuttle on the bonnet of his GR Yaris work its way loose.

Greensmith, now with hybrid power again after a loss of boost in the previous stage, threatened the lead group in the early splits, before falling 4.9s shy at the stage end to log the fourth quickest time.

Tanak emerged as the top Hyundai in fifth as he slowly began to gel with the new i20 N, the Estonian managed to end stage quicker than Breen, Neuville and Toyota’s Rovanpera, the latter showed signs that his overall pace was improving.

M-Sport were victorious on stage 7 but this time it wasn’t Loeb on top, as Greensmith came through to score a memorable maiden stage win.

After threatening the times in the previous test he delivered a head turning run to eclipse both Loeb and Ogier in the process.

Greensmith faced a nervous wait as Loeb, last on the road, attempted to beat the benchmark, but Loeb crossed the finish line 2.9s shy, having lost time due to a hybrid problem. The result triggered wild celebrations in the cockpit of Greensmith’s Puma.

Loeb’s loss of time helped Ogier whittle his rival’s lead down to 14.4s after posting the second fastest time, 1.4s behind Greensmith, as the reigning world champion moved ahead of Evans to jump into second overall after his team-mate dropped 2.2s through handling issues.

The Rally1 runners were split by just 4.7s across the 13.49km stage that saw Solberg and Rovanpera produce their best runs to date, both finishing 4.4s adrift.

“It's getting better. We don't have a gearbox issue now, but there's still a bit of smoke in the car,” said Solberg. “The second loop is always easier, but we need to find a better pace in the first loop.”

While Solberg improved, his Hyundai team-mates ended the test behind the Swede, as Neuville encountered a hybrid power issue. 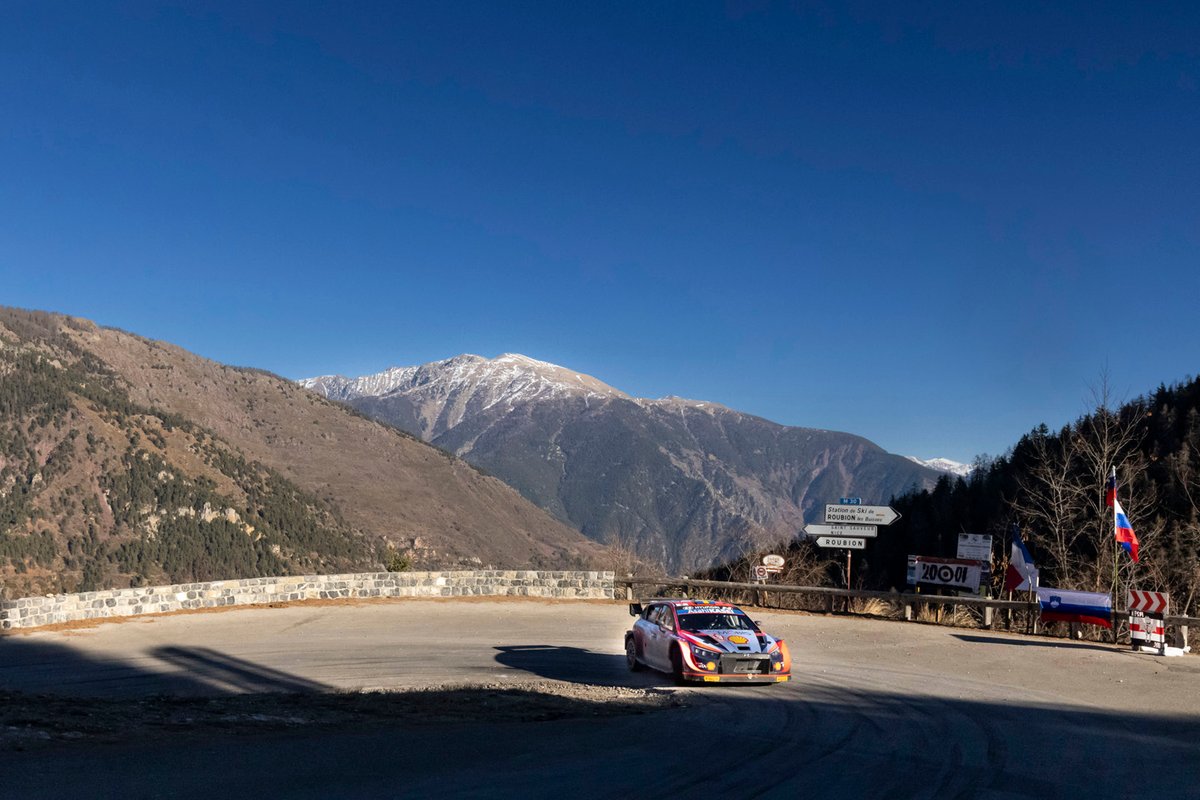 The final stage of the day was run in cooler and more slippery conditions compared to the previous two stages.

Despite the challenge, Ogier pushed hard, resulting in his third stage win of the event as he applied more pressure on Loeb.

"This morning we were a little bit on the safe side," said Ogier. "This afternoon I pushed but we cannot go much faster - we are missing some stability with the car and some traction.

“At the moment it's not possible to go faster, but we can be happy with our afternoon loop.”

Hyundai ended the day strongly with Neuville, back with hybrid power, second fastest only 1.5s behind Ogier with Tanak third quickest.

Loeb, who had the worst of the conditions, dropped 4.5s to Ogier in fourth, ahead of Katsuta and Rovanpera.

Breen lost 9.5s on his pass reporting that a spectator with a camera tripod cost him two or three seconds.

However, Evans was surprised he had lost even more time having elected for a cautious approach.

“We were probably too careful on the hairpins here towards the end, but I didn't expect to lose that much," said Evans.

The rally continues on Saturday with a further five stages, scheduled to begin at 0717 GMT.