A series of strong times helped the pair climb to the lead after Ogier and Benjamin Veillas dropped 15.8s on the stage 5, after opting for a curious approach on the ice, allowing Evans to also leap into second overall.

As a result, Loeb now leads the rally by 10.6s from Evans, while Ogier is 13s adrift in third.

“I was pushing really hard all morning and the car is great," said Loeb. “I have a very good feeling with this car, so I continue to push.”

Hyundai’s Thierry Neuville ended the loop in fourth after M-Sport’s Adrien Fourmaux suffered a frightening roll on Stage 3 that put him out of the rally.

M-Sport’s Craig Breen has climbed to fifth ahead of Ott Tanak and Gus Greensmith.

Growing in confidence behind the wheel of the Puma, Loeb clocked his 922nd WRC stage win of his career and the first for M-Sport’s new creation in Stage 3.

Although surprised by icy patches and the downhill speeds produced by the new cars, he managed pip then rally leader Ogier by 1.2s.

Ogier was lucky not to lose more time after grazing a barrier with the left rear of his GR Yaris towards the end of the stage. 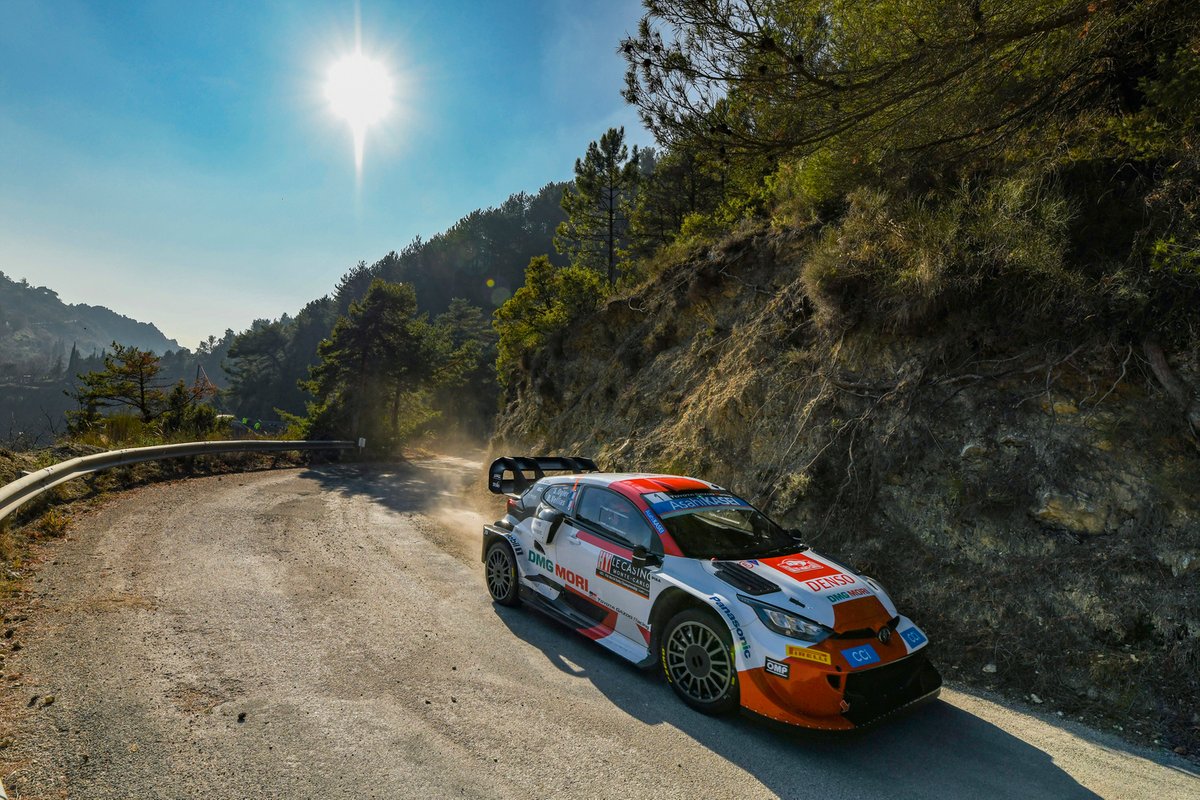 Toyota team-mate Evans also found the grip difficult to judge and escaped from a wild slide on the ice to end the stage third fastest.

Breen was fourth quickest but admitted he was not yet in a position to fully use the potential of his Puma.

“There is so much potential in this car, you really have no idea,” said Breen. “I just don't have the confidence to stick my neck out everywhere. There's a lot of time left to come.”

He fared much better than team-mate Fourmaux, who was lucky to avoid injury after spectacular crash that resulted in a series of rolls down a steep mountainside.

Stablemate Greensmith took over fourth overall as a result of the incident but his progress was slightly hampered by running wide at a 90-degree left.

Despite an error with the hybrid system, Tanak was the fastest Hyundai in fifth, 7.5s adrift but ahead of team-mate Neuville, who was not happy with life in the new i20 N after a spin early in the test.

“It’s a nightmare. I have never been so scared while driving,” said Neuville.

Loeb continued to cut into Ogier’s rally lead by winning the following test, this time by a slim 0.8s from Tanak, who was now aided by a functioning hybrid system.

Although little had changed with his car, a frightened Neuville was third fastest a tenth further back, but ahead of the Toyota pair of Evans and Ogier. The latter dropped 2.7s in the stage after electing to err on the side of caution.

"It's really quite slippery,” said Ogier. “There are a lot of hairpins near the end with very low traction to drive. I am on the safe side at the moment with these conditions.”

Breen was sixth ahead Greensmith while Takamoto Katsuta and Kalle Rovanpera continued to struggle for speed from their Toyotas. 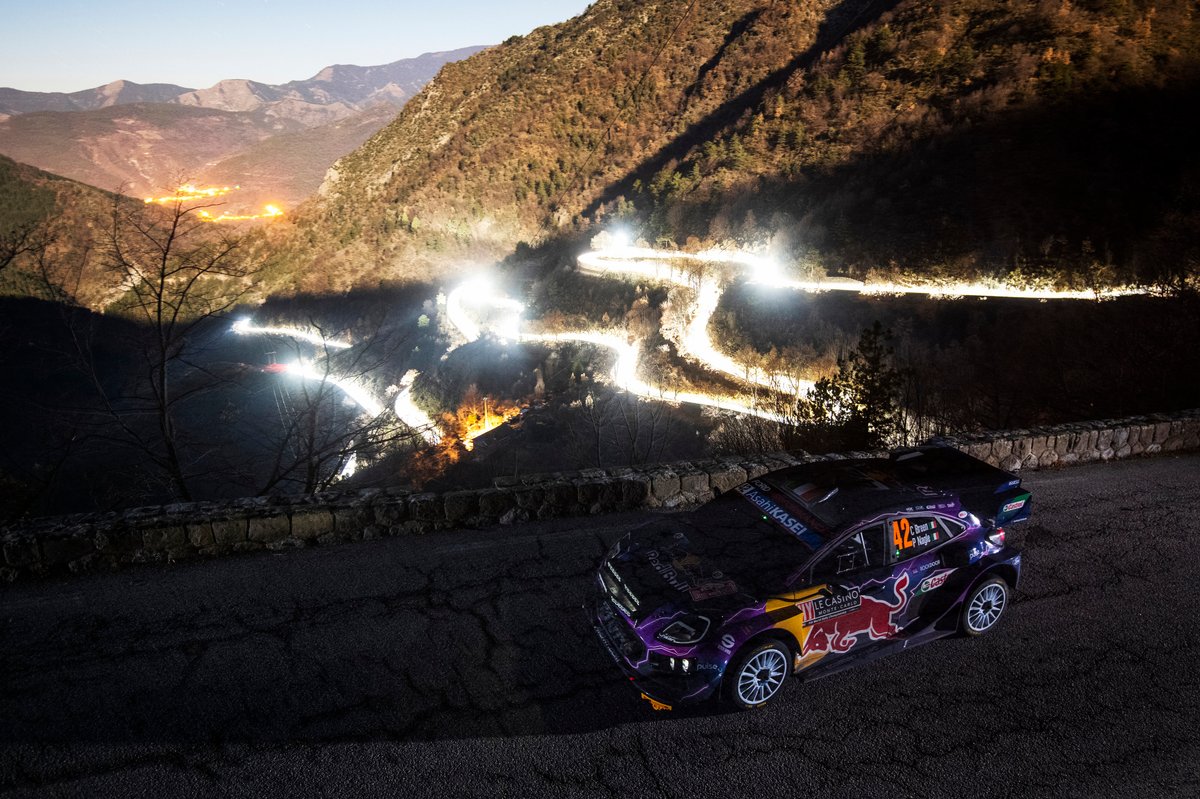 Oliver Solberg’s day began with smoke coming into his cockpit on the first test, this continued on the next test, with the Swede admitting that he was crying and the fumes were causing him to lose concentration. He made it to the end of the rally.

"You see all the smoke in the car!" said Solberg. “I am crying before the stage and I can't breathe on the stage.

“I lost full focus in the stage and then I had no gear shift at the end. I am just here to finish and get experience, and I'm trying as good as I can. It's how it is.”

Loeb completed a hat-trick of stages wins on the morning's final blast, clocking a time 2.3s faster than Evans, who turned heads with his early pace.

Evans was 13.5s faster than Ogier as the Welshman produced his best showing yet in the new GR Yaris despite suffering a slow puncture.

"That's more like it, but it was very difficult and slippery in places, said Evans. “We were a bit wide in one hairpin and got caught out a bit by the brakes and we picked up a slow puncture, but it's okay.”

In contrast, Ogier was particularly cautious over patches of ice that cost him valuable time and the rally lead.

"It's tricky and there is a lot of frost and a bit of black ice,” said Ogier. “The road will get faster now. Quite a difficult loop for us, but we will try again this afternoon.”

Neuville completed the stage third fastest ahead of Tanak, Katsuta and Breen, with Ogier seventh of the runners.

Unfortunately for Greensmith a hybrid issue with his Puma resulted in the Brit slipping from fourth to seventh overall.

The Monte Carlo Rally continues this afternoon with a repeat of the morning loop of stages, beginning at 1316 GMT.