Ostberg and his co-driver Jonas Andersson were both hurt in the incident during the recce for the New South Wales World Rally Championship event on Tuesday.

They tried to complete the remainder of the recce on Wednesday, but were unable to do so due to the injuries they had sustained in the head-on crash with a truck.

"Obviously, it's really disappointing, but it just wasn't possible to compete at 100 per cent," Ostberg told AUTOSPORT.

"I have two fractured ribs and Jonas has some injuries as well.

"We saw the FIA medical staff today and it's not possible [to start].

"We looked at all of the options and all possibilities, but we can't do it.

"I am very glad for the rollcage in the recce car - it definitely did its job."

The Citroen team hurriedly rearranged the travel plans for Lefebvre and co-driver Stephane Prevot, both of whom were due to be flying back to Europe after the recce.

"Of course, I am very sorry for Mads and for the team," said Lefebvre, who finished 10th on his World Rally Car debut with Citroen in the last round in Germany.

"But for me, this is a incredible opportunity now.

"The team told me to treat this as an extended testing session and not to take any pressure. I will try!

"It's fantastic to have the opportunity to drive the DS 3 WRC on gravel for the first time, but now I have some work to do with the engineers and to spend tonight looking at the onboards and making sure all of the pacenotes are perfect."

Lefebvre and Prevot will be forced to borrow Ostberg and Andersson's overalls and the team is busy changing the seats - and the names on the side - in time for shakedown on Thursday morning. 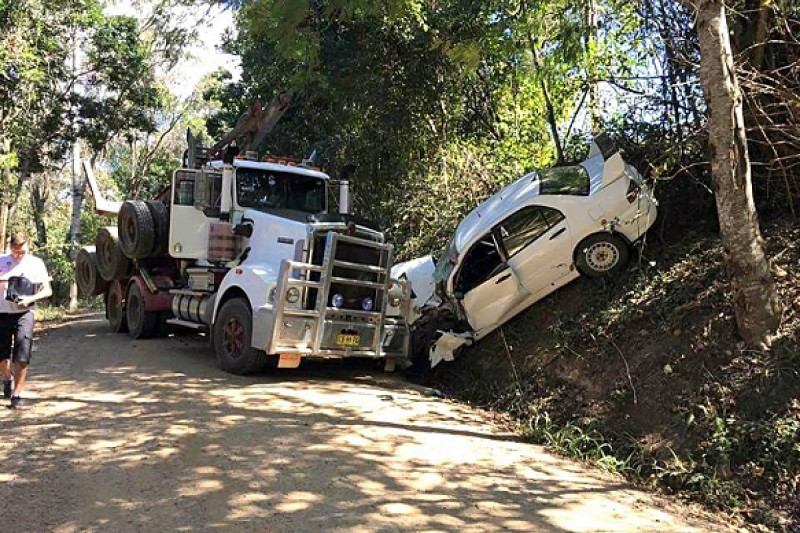