Citroen is yet to make a decision on its future in the World Rally Championship beyond 2016, but team principal Yves Matton says the French manufacturer already has the edge on its rivals in terms of its '17 World Rally Car

The World Touring Car Championship's technical regulations have enabled Citroen to run preliminary engine investigation work into what a 36mm restrictor would mean to a World Rally Car.

The WRC's shift from a 34mm turbo restrictor is among changes aimed at making cars faster, wider and more aggressive, with a boost from the current notional figure of 300bhp to 380bhp.

Citroen will remain in both the WRC and WTCC next season, but a decision for 2017 and beyond will be taken at the end of this year.

"In the first steps, we are in advance of the other manufacturers because we have the engine, thanks to WTCC," said Matton. 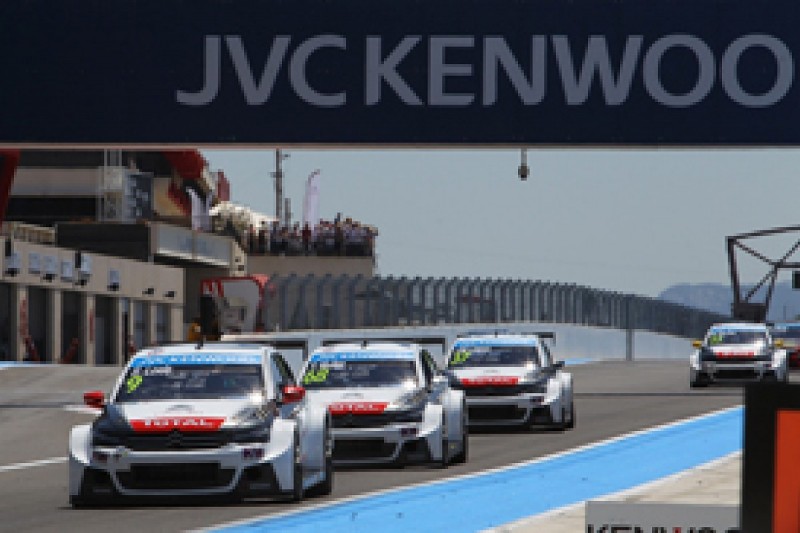 "So we know the strength and the weakness in this area.

"A big part of our engine work is done and we have a very good knowledge of working with this restrictor.

"For the moment, we are making a pre-study on some other technical topics, just to see how we can improve this.

Talk of Thierry Neuville's future has been spiced up by Matton's admission that his door would be open if the Belgian was to leave Hyundai.

Strong criticism of Neuville's recent performances from the Korean manufacturer reignited speculation that last year's Rally Germany winner could walk away at the end of this season.

Matton says he would be happy to see him back in Versailles, despite the way the relationship reportedly soured when Neuville turned his back on Citroen, preferring a full M-Sport programme for 2013.

"When Thierry Neuville is free, then you have to put him on the list," he told AUTOSPORT.

"From what I heard, he has a contract, but OK, you can always break a contract.

"For the moment, there has been no discussion. If he does come back then it's the proof that he has made two mistakes in the past..."