Tanak was true to his word as he continued his maximum attack approach to extend his lead over Rovanpera to 10.3s across the first loop of stages that marked the final day of the iconic gravel rally.

Toyota’s Esapekka Lappi maintained third position but was back to almost full speed, now equipped with a brand new windscreen after being forced to run most of Saturday afternoon with impaired vision.

Tanak set his stall out comprehensively when the action resumed as the two-time Rally Finland winner picked up where he left off, and blasted through the opening stage. The Estonian punched out a blistering time to end the test 1.9s faster than Rovanpera.

"That was definitely full gas,” said Tanak, who picked up damage to the front grill of his i20 N in the stage. “Happy to be here and that was much-needed this morning. We need to keep a good pace but it was a nice feeling.”

Rovanpera did all he could to try to cut into Tanak's lead on his pass but admitted his run wasn’t perfect.

“There is not much more I can do,” said Rovanpera. “We had a pretty clean stage and the small road is cleaning quite a lot. I tried to be fast but for sure it was not a perfect stage from me.” 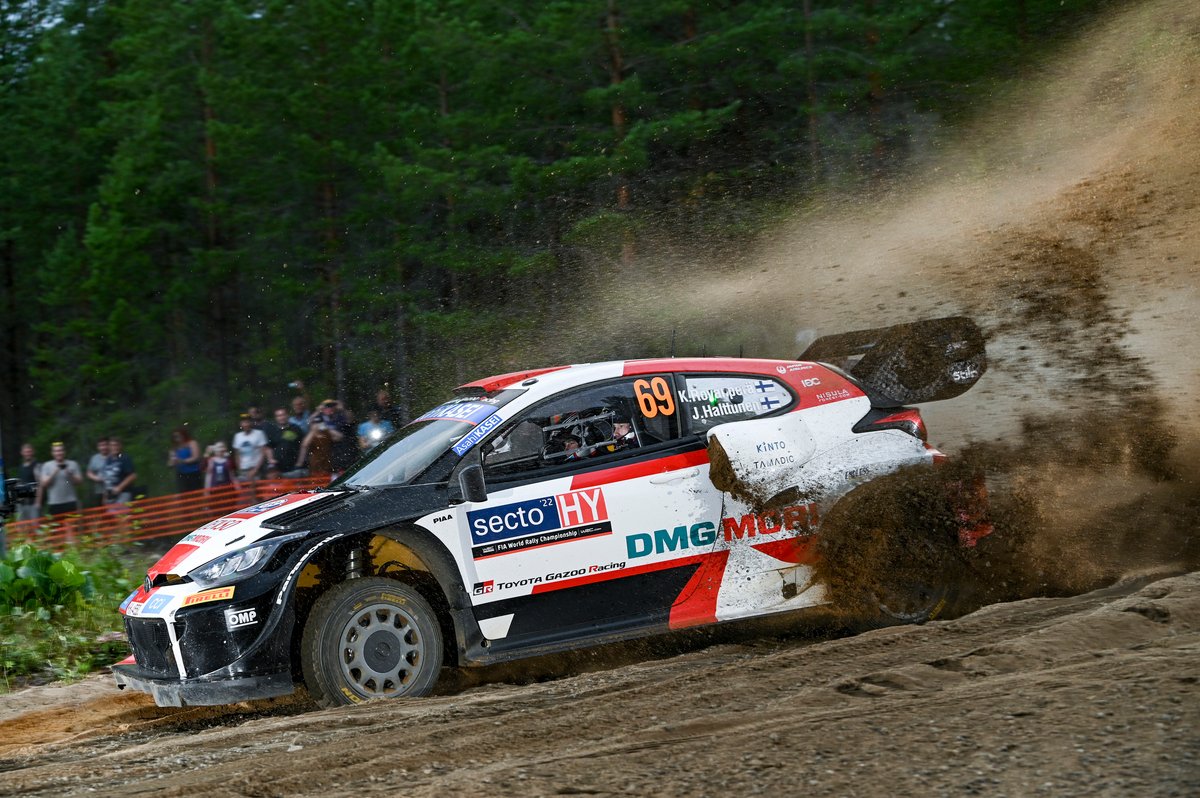 Neuville emerged with the third fastest time as the Belgian showed signs of improved pace in the i20 N, finishing ahead of Lappi and Evans, although the pair had elected not to take any unnecessary risks.

Despite battling a lack of grip, Greensmith produced a solid effort to pull clear of team-mate Loubet to seemingly secure seventh spot overall.

Fellow stablemate Craig Breen returned to the fray after the M-Sport team repaired the Irishman's Puma overnight after being forced to retire from Saturday’s action.

Tanak and Rovanpera continued their fight on Stage 20 which acts as the rally ending power stage this afternoon.

Incredibly the pair headed the timesheets setting identical times to share the stage win for the second occasion during this event. However, it was here Rovanpera appeared to concede defeat to Tanak after the test.

"I can go quicker if I take the risks, but I am not willing to take it,” said Rovanpera.

“It does not make any difference for me - if I take a crazy risk to be a few seconds faster then I can have the same time as Ott. It's not worth it.”

A second pass of the morning stages await the crews later today.