Neuville completed the morning loop with a 16.2s lead over Tanak, who briefly snatched an overnight lead away from his team-mate.

However, a strong showing from the home hero coupled with a transmission problem for Tanak resulted in the 2019 world champion falling away.

Toyota’s Elfyn Evans were unable to produce a sustained challenge to the Hyundai duo as the Welshman ended the morning 21.5s adrift in third, albeit comfortably ahead of team-mate Esapekka Lappi.

Adrien Fourmaux inherited fifth, 4.5s in front of Hyundai’s Oliver Solberg, to lead M-Sport’s charge that began to wilt after a retirement for Breen and issues for Gus Greensmith.

The battle for the lead picked up where it had left off as the action resumed on Saturday morning in bright and sunny conditions.

Following an overnight repair on Rovanpera’s GR Yaris, where only the engine, chassis and fuel tank remained untouched, the 21-year-old put yesterday’s crash behind him by winning the opening stage of the day.

The world championship leader set an impressive pace to clock a time 0.5s faster than Tanak, but it was the latter’s time which provided next chapter in the battle at then front.

"It was a good stage and the car is working fine, so a big thanks to the mechanics,” said Rovanpera. 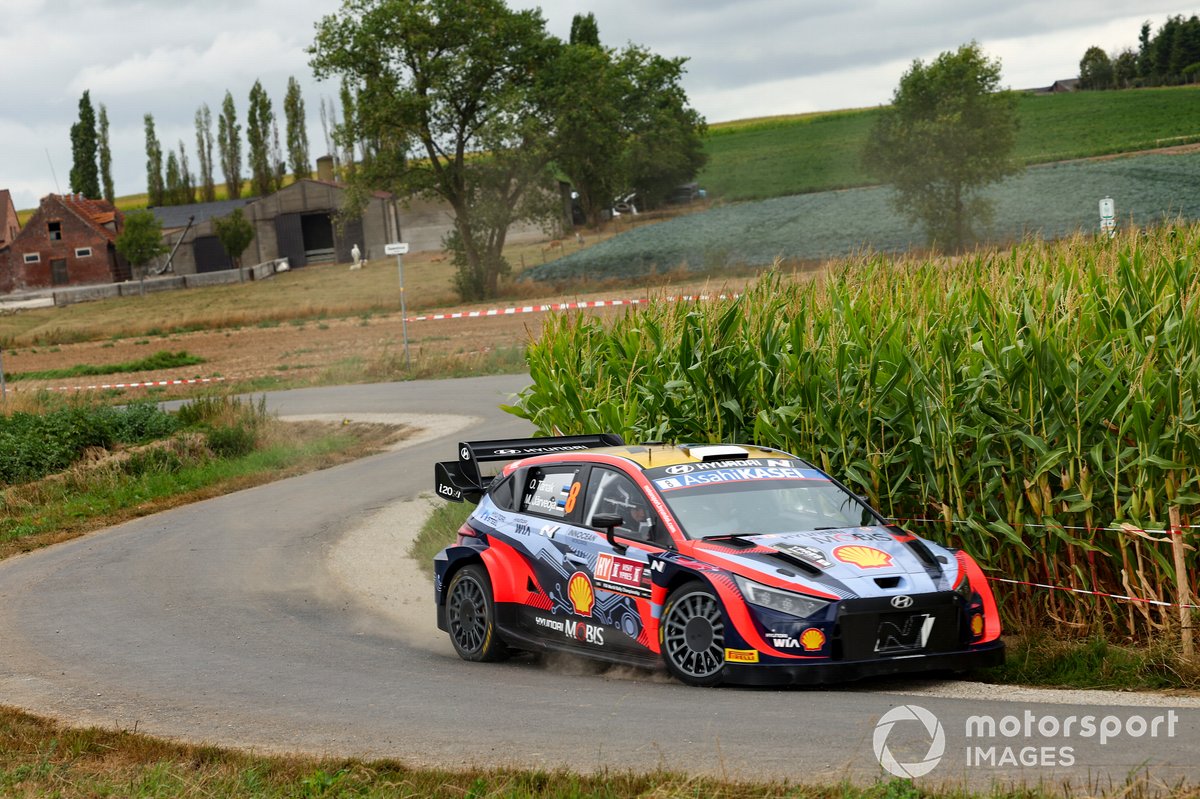 Rally leader Neuville, last into the stage, faced the perhaps the dirtiest of road conditions thanks to gravel being dragged onto the road from the early runners.

The Belgian could only manage a time 3.1s slower than Rovanpera and 2.6s behind Tanak, which handed his team-mate the rally lead by 0.1s. However, the Estonian revealed he was beginning to suffer from a transmission issue.

The second stage of the morning was red-flagged when Breen suffered a heavy crash 11.2km into the 14.2km test. Rovanpera, Fourmaux, Solberg and Katsuta had already passed through successfully, although the latter was struggling without hybrid boost.

Breen ran wide into a left-hander and ran into a deep ditch, the impact catapulting the Irishman’s Ford Puma into a series of rolls before the car came to rest on its roof. Luckily, Breen and co-driver Paul Nagle managed to climb out of the upturned vehicle.

A small grass fire then broke out next to the car, which was put out by Breen, Nagle and fans that rushed to assist the pair. Locals were seen with watering cans to help put out the small blaze, before helping to push the Puma back own its wheels.

It proved to be nightmare stage for M-Sport, as prior to the crash Greensmith had misjudged a left-hander and briefly ran into field, damaging the rear left on his car. The Brit managed to escape the field but was forced to stop and change a wheel due to a puncture.

The other M-Sport entry driven by Fourmaux ran wide into a ditch at the same corner where Breen crashed, but managed to get away with the moment.

The frontrunners were given nominal times while Greensmith was awarded a time four and half minutes adrift, to reflect his issue in the stage. The problems would continue through the next two stages. 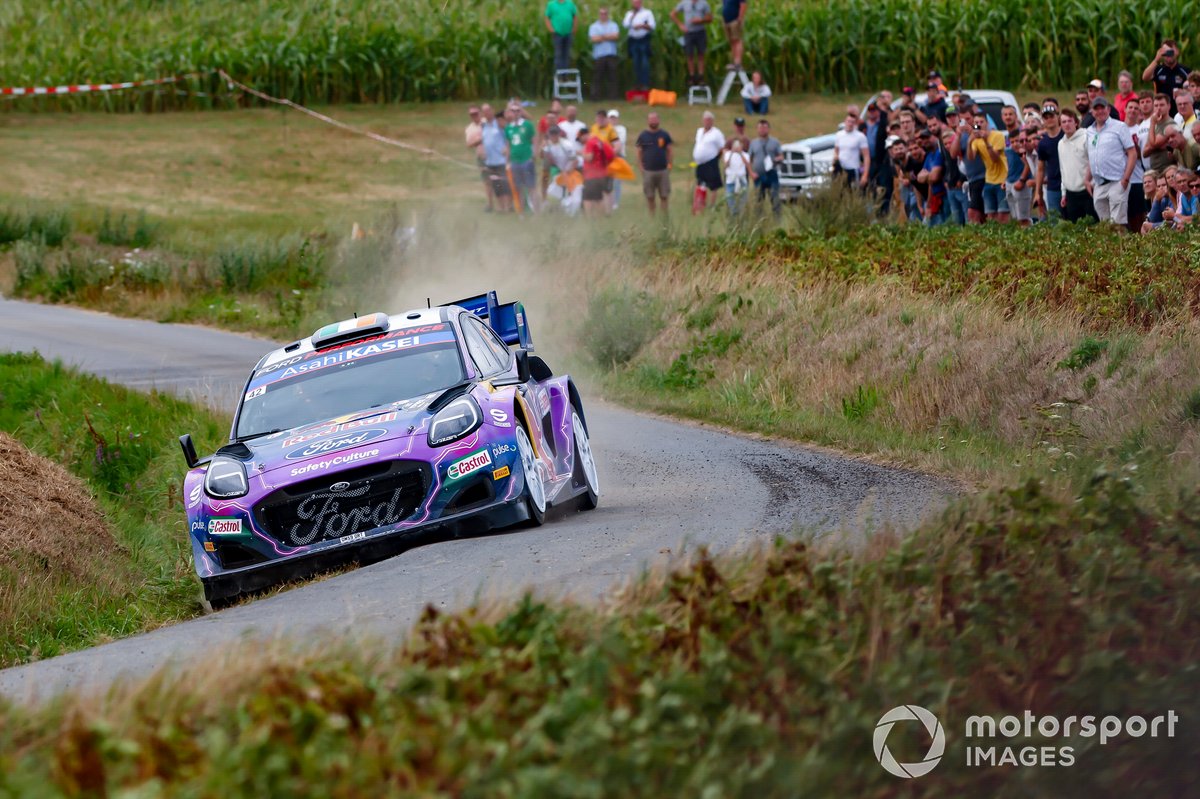 Neuville regained the rally lead on penultimate stage of the loop, producing a stunning effort to win the test by 3.2s over Evans. Tanak was 6.2s adrift of his team-mate with his worsening transmission troubles.

Neuville then outlined his blistering pace once more to win the morning’s final stage by 6.4s from Evans. More importantly, he took 10.1s out of Tanak, who reported inconsistent four wheel drive power from his i20 N.

The drivers will complete a second pass of the morning stages this afternoon.