Craig Breen has crashed out of Ypres Rally Belgium after suffering a frightening roll on Saturday morning, which forced officials to red flag Stage 10.

The M-Sport driver had been setting a blistering pace through the Dikkebus stage, the second of the day, and was ahead on the leading split times set by Kalle Rovanpera following an overnight rebuild of the World Rally Championship leader's Toyota.

However, Breen ran wide into a left-hander and ran into a deep ditch 11.2km into the 14.2km stage. The impact with the ditch catapulted the Irishman’s Ford Puma into a series of rolls, with the car coming to rest on its roof. Luckily, Breen and co-driver Paul Nagle managed to climb out of the upturned vehicle.

A small grass fire then broke out next to the car which was put out by Breen, Nagle and a group of fans that rushed to assist the pair. Locals were seen equipped with watering cans to help put out the small blaze.

Spectators then helped push the Puma back onto its wheels, while officials halted the stage to allow for the incident to be cleared.

Breen’s team-mate Gus Greensmith, who was behind on the road, stopped to assist Breen - who had been running fifth before the crash.

“Looks like he just fell into one of these ditches and then obviously it's rolled the car over,” said M-Sport team principal Richard Millener.

“It's disappointing for us all unfortunately, because the pace was very good this morning. But they can catch you out and it has done on this occasion.”

The incident continued Breen’s run of poor form, with the accident his third in the last three rallies after exits in Estonia and Finland. 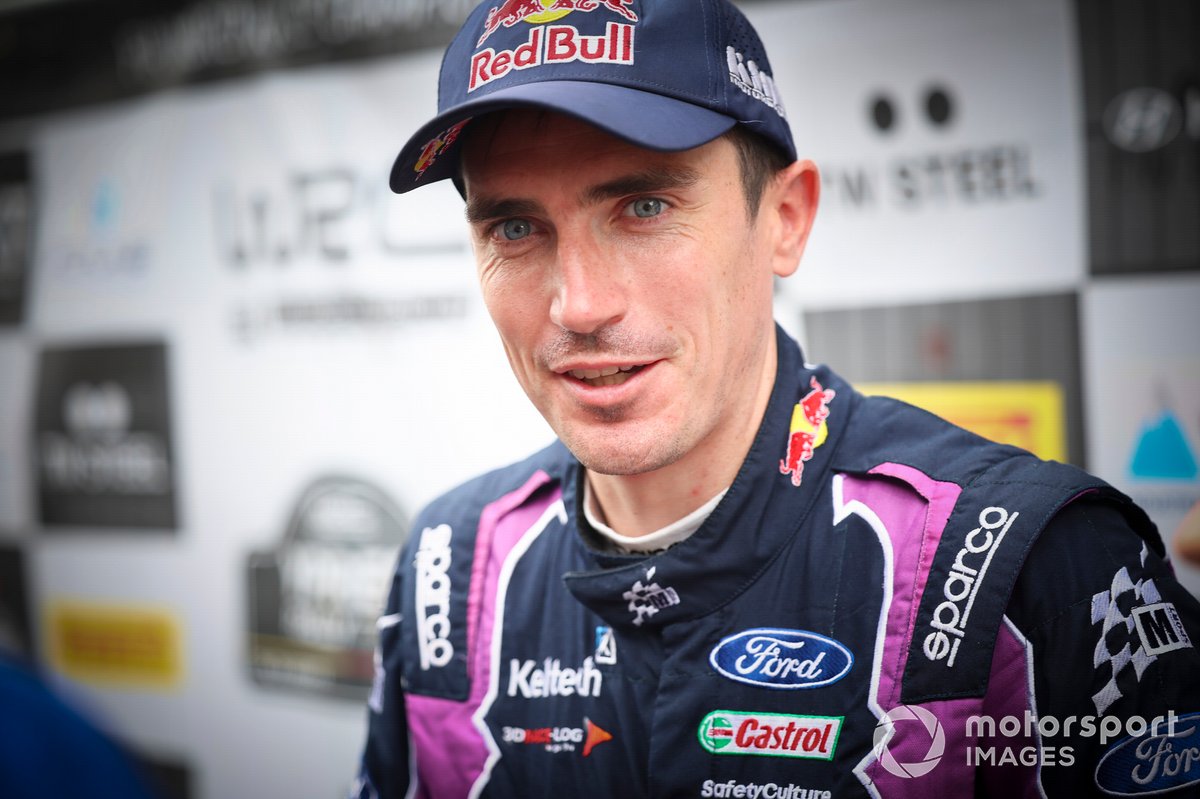 It proved to be nightmare stage for M-Sport as prior to the crash for Breen, Greensmith had misjudged a left-hander and briefly ran into field, damaging a wheel on his car. The Brit managed to escape the field but was forced to stop and change a wheel due to a puncture.

“I just missed my braking,” said Greensmith. “I carried too much speed on the entry to a corner and I just couldn't get to a line - that was all my fault.

“We just stopped and made sure Craig's car wasn't catching fire, but they'd put it out all okay.”

The other M-Sport entry driven by Adrien Fourmaux ran wide into a ditch at the same corner as Breen crashed, but managed to get away with the moment.