The local hero produced a faultless drive on the first run through Sunday’s stages, based around the Belgian Formula 1 Grand Prix venue Spa-Francorchamps.

Neuville managed to increase his 10.1-second overnight advantage to 14.9s, helped by a mistake for nearest rival and Hyundai team-mate Craig Breen, who clipped a bank on the day’s first stage.

Only 4.3s covered Toyota trio Elfyn Evans, Kalle Rovanpera and championship leader Ogier in the battle for third before the start of action.

However, a win on the day’s first stage and a strong run on the second stage for Rovanpera allowed him to take third overall, opening up a 3.9s gap over Evans. But Ogier’s podium hopes were dented by a puncture on the first stage that has left him 14.1s adrift of third.

Crews completed a three-hour drive from Ypres to Spa-Francorchamps on Sunday morning for the final four stages of the rally.

The first stage of the morning featured the field tackling narrow Tarmac country roads before entering the Belgian Grand Prix venue at Les Combes with the stage finish at Stavelot corner.

Rovanpera emerged fastest boosting his hopes of snatching third overall from team-mate Evans as the Finn closed the gap to 1.7s. 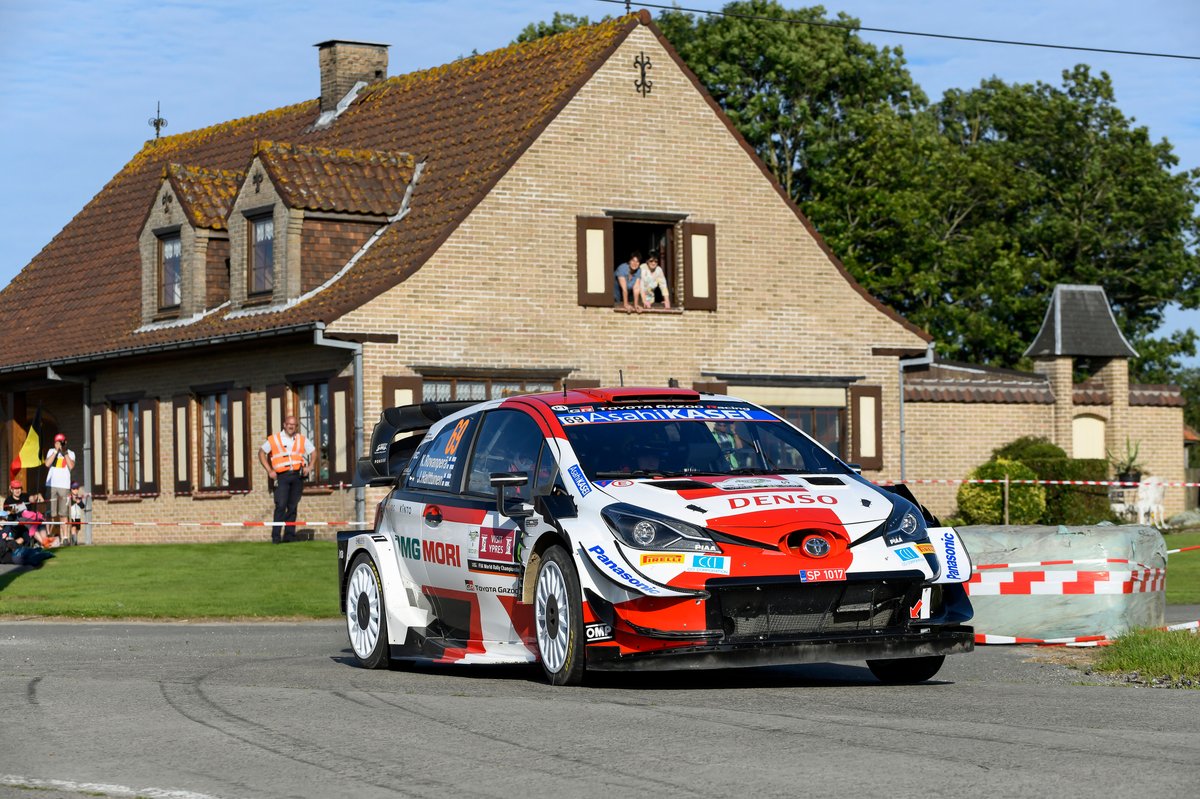 Ogier’s hopes of stealing the podium from the pair of them was severely dented when he ran wide over a rocky exit of a corner that triggered a left-rear puncture. The Frenchman ended the stage 8.2s off the pace, dropping him 10.9s behind third-placed Evans overall.

Tanak was second fastest while leader Neuville enjoyed a trouble-free run to third on the stage.

However, there was drama for second-placed team-mate Breen as he dropped six seconds to Neuville after clipping a bank during the stage, but luckily the Irishman avoided any significant damage.

After a 20-minute delay to ensure spectator safety, it was Tanak who starred to claim his second stage win of the event, pipping Rovanpera by 0.5s.

"To drive in this place would be on the bucket list, but I would say in something with 500 more horsepower would be a bit better,” said Tanak.

Breen clawed back some of the time he lost on the opening stage to Neuville to finish the stage third ahead of the rally leader.

However, Evans lost third overall to Rovanpera after a slow run to sixth fastest on the test.

“I was just too wild in the previous one and tried to tidy it up, but obviously not pushing hard enough now - we'll keep going,” said Evans.

In WRC2, Jari Huttunen has taken the class advantage after overnight leader Oliver Solberg was forced to retire when his Hyundai failed to start in the service park.

The Spa-Francorchamps stages will be repeated later on Sunday morning to conclude Rally Ypres.