Latvala and Tanak - who topped three stages in the four-stage loop - both jumped erstwhile leader Mads Ostberg in his Citroen on the penultimate stage of the loop, SS11 Ulunga.

Ostberg struggled on his choice of two medium and three hard tyres compared to Latvala and Tanak's two hards and three mediums.

Toyota came into the event with a 22-point lead in the manufacturers' standings and looks set to extend that as it stands.

It could also employ team orders to swap Latvala and Tanak - who are separated by 3.2 seconds - to give Tanak a better chance of a first WRC title.

But Sebastien Ogier's current sixth place would be enough to beat Tanak in the driver's standings even if Tanak manages to win the event and take the five points for the powerstage win. 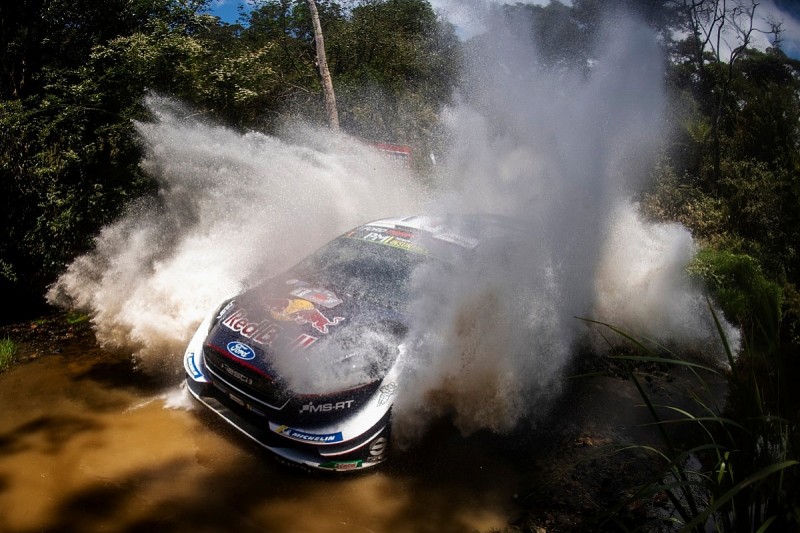 M-Sport's Ogier has his Ford Fiesta team-mates Elfyn Evans and Teemu Suninen holding the two spots immediately ahead of Thierry Neuville - the third title protagonist, who picked up a puncture on Friday - who lies ninth.

As the positions stand, Ogier would take the championship over long-time standings leader Neuville irrelevant of additional powerstage points.

Neuville touched a bank on SS11, after running wide in a quick right-hander, and was lucky to remain unscathed.

The Hyundai i20 flicked into a bank but the Belgian steered his car out of trouble, although he appeared to suffer a related problem on the remainder of the stage. It held up for the short SS12 that ended the loop.

Neuville's Hyundai team-mate Hayden Paddon holds fourth and is just 4.3s adrift of Ostberg, and has a strong advantage of just under 20s ahead of the third Toyota of Esapekka Lappi.

Craig Breen lost his third place in the order on the second stage of the loop - SS10, Welshs Creek Reverse - as his throttle stuck open, causing the car to surge forward even under breaking.

That initially relegated him to fourth, but Breen then clipped a tree stump with his left-rear corner on the following stage - claiming he already had a puncture - and it pitched his Citroen C3 WRC into a 360-degree spin.

He enacted repairs to his car between stages, but was held up on his way to the final stage of the loop, incurring 3m50s of time penalties.

It means he is 10th at the end of the morning, almost four minutes behind Neuville.