Citroen, Hyundai, M-Sport and Toyota met with the FIA in Monte Carlo to discuss the potential for Volkswagen homologating its 2017-specification Polo R WRCs for this season.

Ordinarily, Volkswagen should have completed the homologation process and entered the car in the championship last month, but the German manufacturer's decision to cull its WRC effort meant the process remained incomplete.

There is now the potential for a private partner to finance the running of the car - with Andreas Mikkelsen the most likely driver - this season, but not before more details of a possible Polo programme are outlined.

FIA rally director Jarmo Mahonen told Autosport: "The meeting was positive, the atmosphere was good - people raised their concerns and they have the right to do that.

"I will discuss this with Volkswagen and then we're going to meet again."

Volkswagen required approval from all teams, and other manufacturers' concerns including testing regulations, entry fees and the pairing of components.

"It's always a good idea to have more cars in the championship, but maybe this is a short-term perspective.

"We need to be sure this brings something to the championship and not the opposite. Now it's only one line: 'to homologate the car to do some rallies.'

"We need to know who drives, what rallies, what will be their constraints compared with our constraints.

"Maybe we need to review the rules to enter the championship, but we need to do this in a proper way and not in one 30-minute meeting."

Mahonen said he could "understand these concerns", and that the debate was different to Citroen's privately-run programme with PH Sport in 2016.

"Citroen had committed to come back, but Volkswagen hasn't done this," he said.

"The manufacturers have restrictions on them in area like the gearbox through the regulations linking key parts and we have to look to make sure everybody is treated fairly - we can't have them coming all of the time with the new car." 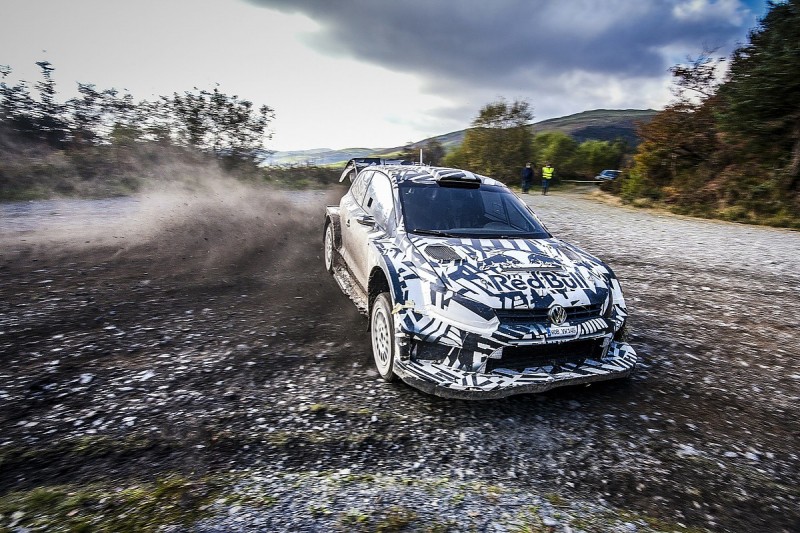 Feeling among the teams was split, as the 2017 season started.

"Our feeling is that the championship is stronger together and if we are more teams we are even stronger," Toyota's Tommi Makinen said.

"The question is how well we can do this thing for the fans all around the world.

"We don't have anything against Volkswagen coming and competing against us. It's a question of bringing more value and more interest."

Hyundai team principal Michel Nandan, though, was not convinced.

"At the moment, as the regulation is written, it's not possible," he said.

"I have nothing against Volkswagen, but for me it's a bit strange that this big decision came and then suddenly they need to homologate the car.

"If we start to give the waiver to everybody then it can be difficult.

"I think everybody should respect the rules: if you want to homologate the car, you have to enter the championship.

"I can understand their problem, but a lot of companies have problems to make them stop motorsport - I have the same experience from before."