The 2017 Polo R WRC for last year's new rules package was one of the most eagerly awaited rally cars in history, but it was canned before it was revealed when VW cancelled its WRC programme.

Though it will never be used in competition, it will be run in public eventually and in its full 2017 livery rather than the camouflage colours in which it tested.

"It's not going anywhere," Smeets told Autosport, "and one day we will show it in the way we should show it - so people can look at it as the proper car and not the zebra car because of course, everybody knows this car. 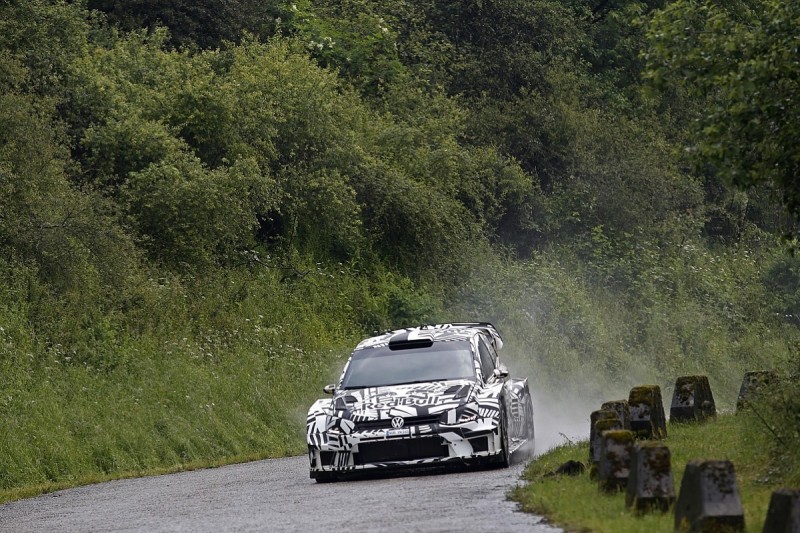 "We have not had much time to think how, when or where we show it, but it's here and the target would be to present it like it was the start of Monte Carlo.

"It's in all of our interests to do this, but we have to speak to our partners about this first."

Smeets said there was no plan for who would drive the car when it runs.

VW had Sebastien Ogier, Jari-Matti Latvala and Andreas Mikkelsen lined up as its 2017 drivers, but they are now with M-Sport, Toyota and Hyundai respectively.

"Maybe we have to wait for one of our previous drivers to retire so we can do it properly; good things are always worth waiting for!" Smeets joked.

VW may release a teaser of the car on its social media channels in the coming months.