The initiative will offer one driver a 2018 programme of WRC2 events in a factory-prepared Hyundai i20 R5.

Gus Greensmith, who is currently competing in WRC2 in an M-Sport-run Ford, factory Opel European Rally Championship driver Chris Ingram and Tom Cave - who uses a Hyundai for British Rally Championship and WRC2 campaigns - were among 17 drivers invited to an initial interview panel with Hyundai on Tuesday.

Eight of the 17 will be selected to test the i20 R5 on gravel and asphalt next month.

Though the eventual winner's R5 car will be run by a satellite team rather than Hyundai Motorsport, Autosport understands there is a strong chance they will be taken into the works test team for possible endurance and shakedown running in the World Rally Car.

"We are excited to begin our search for a future WRC star," he said.

"There is so much untapped talent; we want to help nurture the stars of tomorrow.

"We will put initial candidates through the ultimate assessment to identify the best on the market."

While Greensmith and Ingram declined to comment on the process when contacted by Autosport, Cave said the invitation had taken him by surprise. 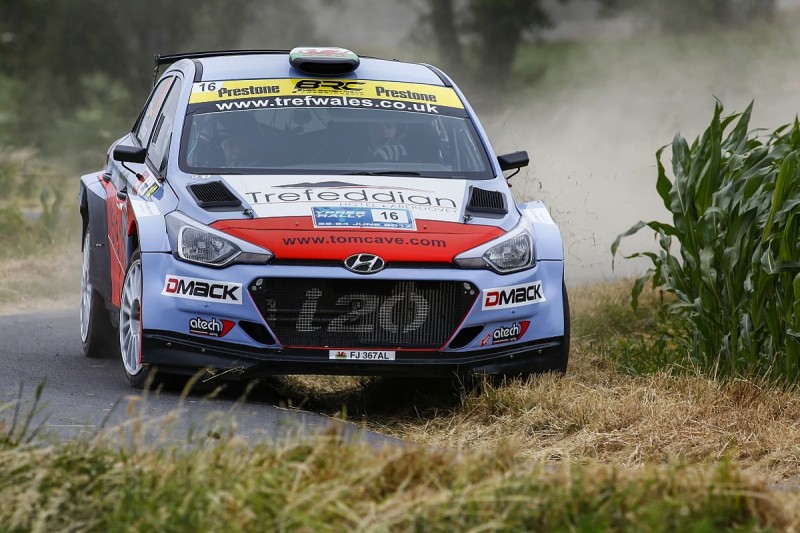 "I must admit, I didn't see this one coming," said Cave, who scored a podium in WRC2 on Rally Finland last month in one of the marque's i20 R5s.

"I know that Hyundai has had its eyes on me since the end of last year when I was competing against Elfyn [Evans] in the BRC.

"I think they saw credit in that, even though Elfyn was on another level we were just able to keep up with him in places.

"We've been on the radar and they have tried to give me opportunities in the car, like me doing the Pirelli [International Rally, a British Rally Championship round] with them.

"I'm thrilled. I'm treating the first part like a job interview, but it's all eyes on September."