Autosport understands the test will be in Wales or at the team's own facility in Greystoke forest, Cumbria.

M-Sport team principal Malcolm Wilson is determined to land Ogier for next season, having missed out on signing him in 2011.

Wilson told Autosport: "I'm willing to go to lengths I've not been to before to bring him here.

"I stand by what I've said before: this remains one of the best opportunities this company has ever had and I can't let it slip by.

"Sebastien knows what he wants and I absolutely respect that."

Ogier missed Monday's WRC Gala evening in Sydney, flying straight back to Europe just hours after Rally Australia finished in an effort to confirm a deal for next season.

Ogier and team-mates Jari-Matti Latvala and Andreas Mikkelsen were left without a 2017 drive when Volkswagen announced its withdrawal from the WRC earlier this month.

Though Ogier wants to test all four 2017 World Rally Cars before making a decision, his options appear limited. 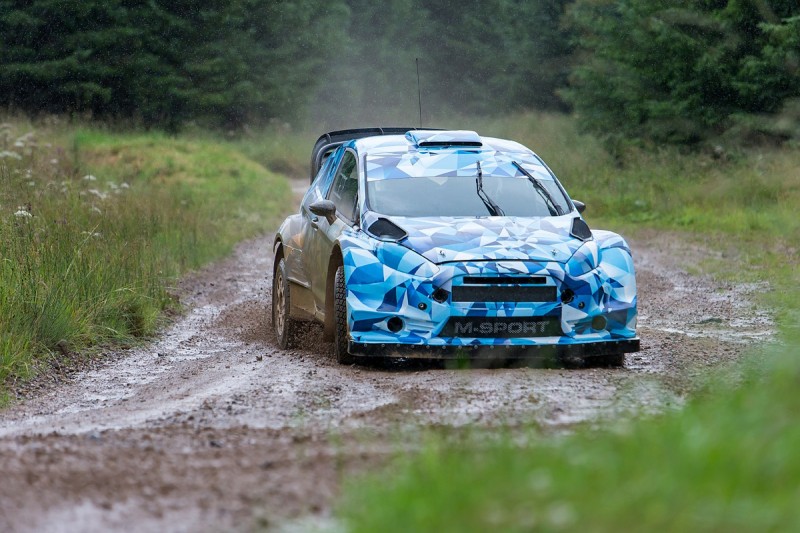 Citroen is reportedly unwilling to allow Ogier to test its all-new C3 before he signs an agreement, and that contract remains very much dependent on the firm sourcing additional budget.

Hyundai also looks out of bounds.

Team boss Michel Nandan told Autosport: "He is a four-time world champion, of course I would talk to him, but the percentage of chance of getting him for next season is so small that it wouldn't be fair to our drivers to let him be in the car."

Ogier is expected to test a Toyota, but there is speculation that communication between the four-time champion and Tommi Makinen is becoming protracted.

Sources close to Latvala say the Finn, who remained in Australia on holiday after the rally, already has the offer of a contract from Toyota.

Ogier said: "I plan to test all the cars, to have as many cards in my hand to judge the best for my future. That's the target for now.

"I have made no decision."

Wilson has every confidence in his 2017 Fiesta.

"It was a clean sheet of paper and whatever the guys have wanted, they've had it," he said.

"It's been designed and built with complete freedom and exactly the right tools to do the job.

"Even if we don't get Sebastien for next season, I have to say that I am very excited about what's to come from this car."

Ogier admitted sitting out 2017 was possible but not likely.

"I don't put this option on top of the list, but it's not impossible," he told Autosport.

Why VW won't get the credit it deserves