The pair set identical 2m36.6s times around the Lousada rallycross venue that was used to kick off round six of the 2017 World Rally Championship on Thursday evening.

Championship leader Sebastien Ogier completes the initial top six ahead of the leading Toyota of Jari-Matti Latvala, while Kris Meeke was only 11th but within two seconds of the front. 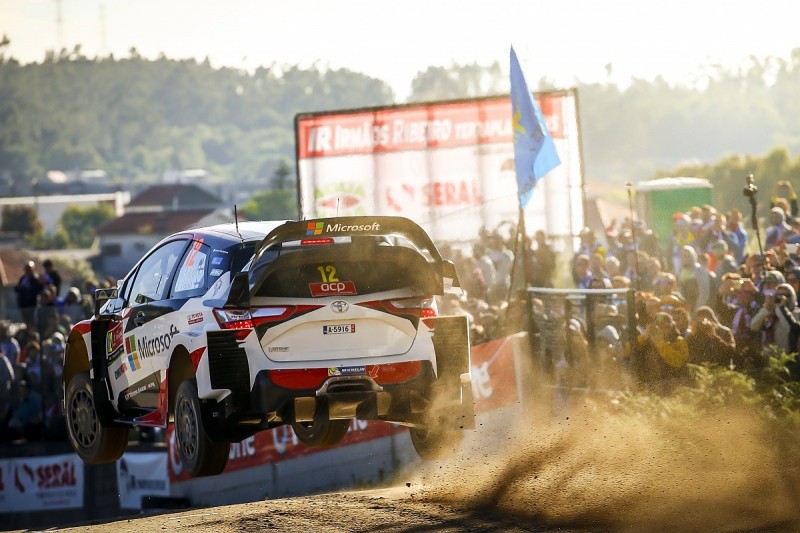 The World Rally Car entry for this round is bolstered by Citroen adding a fourth 2017 C3 for the first time for team regular Sheikh Khalid Al-Qassimi and Toyota's third Yaris for Esapekka Lappi arriving. They were 18th and 13th respectively at Lousada.

Martin Prokop is also making his first WRC appearance of 2017 in Portugal, albeit still using his '16 Ford - which is now running on DMACKs - and began with the 16th-fastest time.

With his hopes of returning to the top class having been dashed despite extensive talks with multiple teams and even a test with Hyundai, Andreas Mikkelsen resumed WRC2 duty with Skoda and leads the class overnight by 1.6s over M-Sport's Teemu Suninen.