World Rally Championship title hopeful Ott Tanak has extended his Rally GB lead on Saturday morning, while Sebastien Ogier continued to jump up the order after a troubled Friday

Across the five stages, Tanak drew out another 15s at the top of the times as he hunts a fourth consecutive WRC victory.

Out of Tanak, Ogier and Thierry Neuville, the three drivers battling for the title, it was Toyota driver Tanak who took the softest tyre compound and took advantage of the extra grip.

Behind the Estonian, Ogier has turned his rally on its head over a 24-hour period. Come Friday's first service the four-times GB winner sat eighth after losing first and second gear, but having climbed to fifth last night he was fastest on the day's opening stage to move into third.

That came at the expense of Tanak's team-mates Jari-Matti Latvala and Esapekka Lappi - the latter surprised at his lack of pace after what he felt were strong runs.

M-Sport driver Ogier then moved into second, 48s off Tanak, after a difficult start to the day for Neuville.

The Hyundai driver - who led the championship by 13 points over Tanak ahead of the rally - was left to rue both a driver and strategic error that dropped him down to ninth, behind his two Hyundai team-mates Hayden Paddon and Andreas Mikkelsen.

On SS11 Neuville lost the rear end of his i20, costing the Belgian around 50s as he waited for spectators to free him from a ditch. His woes were compounded on the final three stages where he struggled for pace on the harder tyres, leaving him over a minute and a half behind rally leader Tanak after SS14. 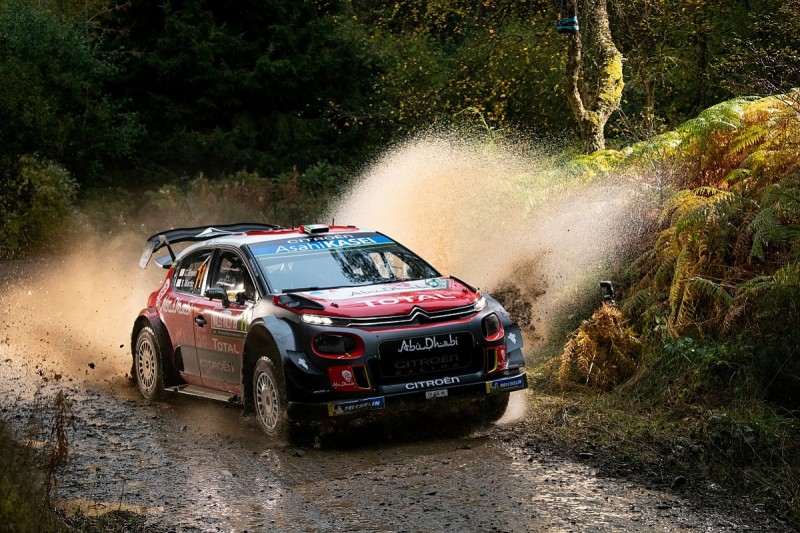 Behind Latvala and Lappi, Craig Breen was the fastest Citroen in fifth. In all but the last of the morning stages he set a top four time and now holds a 13s advantage over team-mate Mads Ostberg.

Skoda Fabia driver Kalle Rovanpera rounds out the top 10 overall after an impressive display, heading the WRC2 class as his lead over Pontus Tidemand hovers around the one-minute mark.