Latvala comfortably beat points leader Ogier in South America, leading from the first full loop of stages on Friday and adding to his advantage thereafter to eventually win by 1m26.9s.

Ogier had won Thursday's superspecial and then topped the first stage on Friday but dropped behind Latvala by the end of the opening day as they traded stage wins, and their battle reached a head when both spun on San Agustin on Saturday as they pushed flat out.

After failing to eat into the Finn's 30-second lead on the first of Sunday's conclusive quartet of stages, the world champion opted to settle for second, though rallied on the powerstage to take the three bonus points.

The German marque was denied a podium clean sweep when Andreas Mikkelsen suffered a mechanical problem on Friday afternoon.

Despite returning under Rally 2 rules, the third VW man recovered to fourth behind Kris Meeke - the Citroen driver ending a torrid run of crashes to bank a second podium of the season. 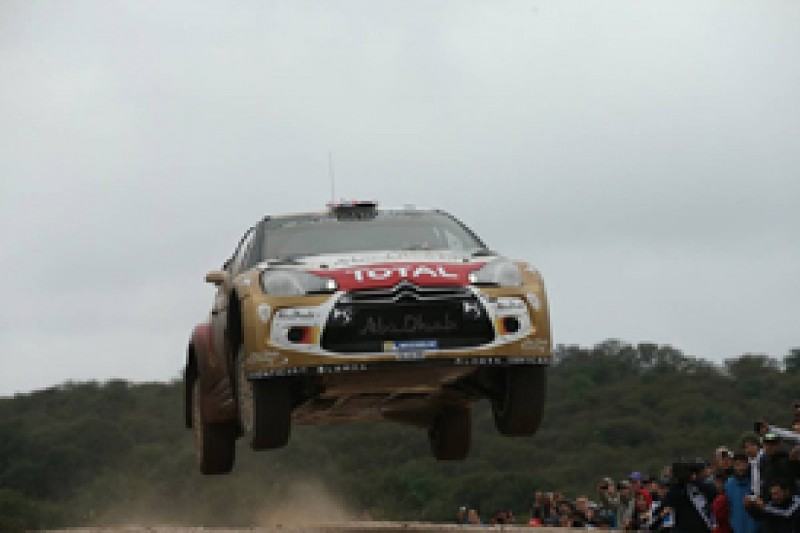 Hirvonen proved he had the pace to win the rally by closing out Sunday with a series of stage wins, including second on the powerstage ahead of Latvala, but he was already well out of the lead fight having crashed heavily on Friday.

Ostberg also went off on the first day, but returned on Saturday before opting not to finish after struggling with an injured hand on the final day, withdrawing with two stages remaining.

Thierry Neuville claimed fifth in his Hyundai but, like Mikkelsen, had his own problems.The Belgian had run ahead of Meeke early on but hit technical issues in his i20 on SS5.

The various dramas elevated Robert Kubica and Elfyn Evans into a battle for sixth, which the Pole held onto despite a late charge from his young M-Sport team-mate.