Toyota driver Sebastien Ogier says the penultimate leg of Rally Portugal is “the biggest of the weekend” in his pursuit of victory.

Ogier completed the eight tests that made up Friday’s action in fifth position, 24 seconds adrift of lead driver Ott Tanak.

A fastest time on stage seven and the retirement of Hyundai’s Thierry Neuville at the end of the stage due a pace note error allowed the reigning WRC champion to claw back two places.

The Frenchman is aiming for his sixth victory on Portuguese soil as a WRC driver and if he achieves that it will come 11 seasons after he chalked up his maiden victory there with Citroen.

A vocal critic in the past of having to open the road as the points’ leader – particularly on loose surface events – Ogier claimed it had its benefits this time around given that conditions for the early runners on Friday were easier on the tyres.

“For sure, it [our position] is much better than the day was, actually,” said Ogier. “One stage saved us – the last real stage, number seven – where a lot of drama happened.

“The fact we swept the road all day saved the tyres and meant we had very fresh tyres for that stage.

“I managed to do a very good time at the same time a lot of other drivers were having trouble with their tyres. So yeah, for sure, it looks much better than before stage seven for us. Now I believe everything is still possible.” 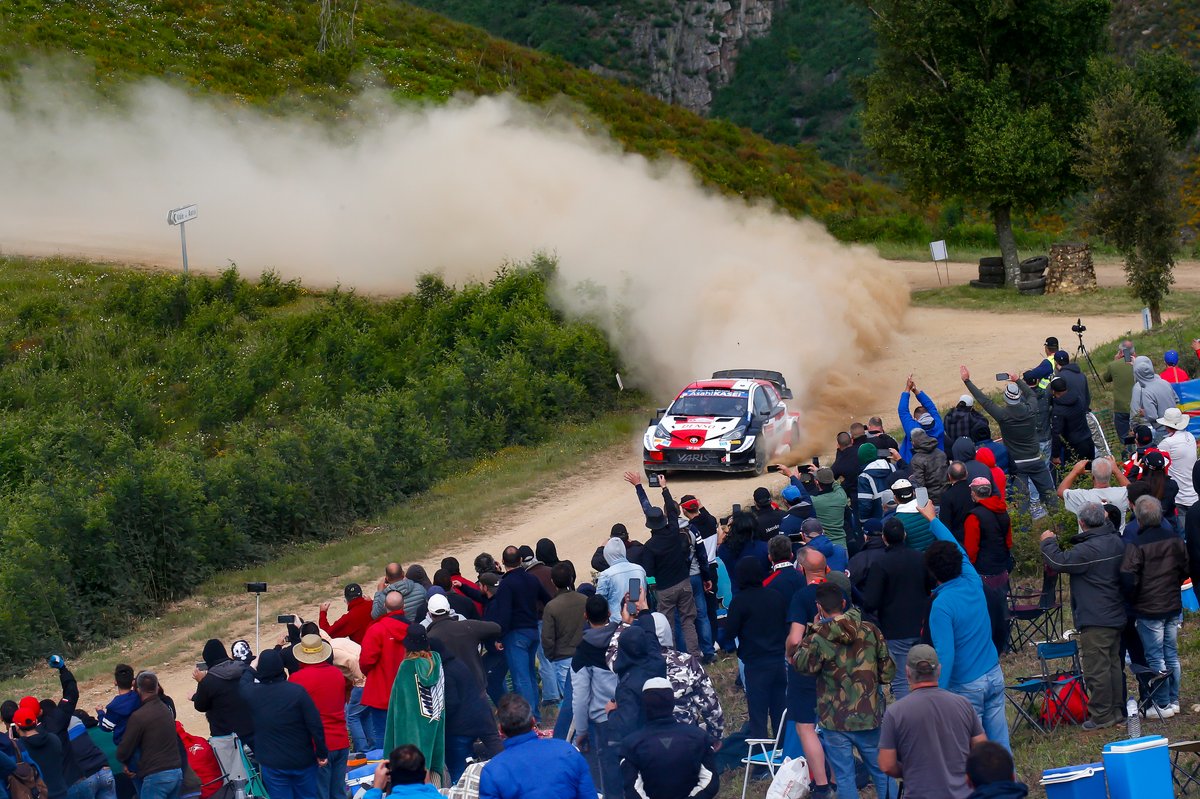 Today’s route includes the longest stage of the rally at 37.92km and the second longest at 22.37km and Ogier expects those to throw up even more challenges when it comes to tyre preservation.

“The longest stage of the rally, two times, is something big, and the two first ones in the morning are also very rough, so it’s a big day for me – the biggest of the weekend,” he admitted.

“It’s always frustrating to drive day one, you don’t make any good times and losing and losing time so, for sure, in this moment the most difficult is to stay [in the race], stay focused, do your best on any stages because you have to think about the next day and hopefully catch a better start position.

“Now we will have a few cars in front of us, so yeah, let’s see what we can do with that.”