Sebastien Ogier was shocked to retire from Rally Portugal following a double puncture after revealing he had been extra careful on the rough gravel roads.

The eight-time world champion’s hopes of recording a record sixth career Portugal victory ended on Friday afternoon after picking up a pair of punctures in consecutive stages.

Ogier suffered a front left failure on Stage 6 when occupying third, only 4.8s behind leader Elfyn Evans. It dropped the Frenchman, contesting a partial World Rally Championship season this year, to 11th in standings, after losing two minutes to change the wheel.

On the following stage Ogier suffered another puncture and after electing not take two spares the puncture resulted in retirement. He is set to return on Saturday under restart rules.

The Toyota driver admitted he’d driven with extra care and was astonished to have suffered a failure, initially believing the car's puncture alarm had produced a false reading.

Ogier wasn’t the only driver to suffer issues with the new upgraded Pirelli tyres as eight failures were recorded among the Rally1 competitors across a brutal Friday.

“Personally, I didn't expect that kind of roughness [of the stages],” said Ogier.

“Honestly, I had the info before the start of the second stage where I got the first puncture, and I was really cautious.

“I really tried to avoid every big rock and was not pushing at all in this first section, but it's a bit of a lottery. There's so many sharp stones everywhere that anywhere you drive, so many of them. 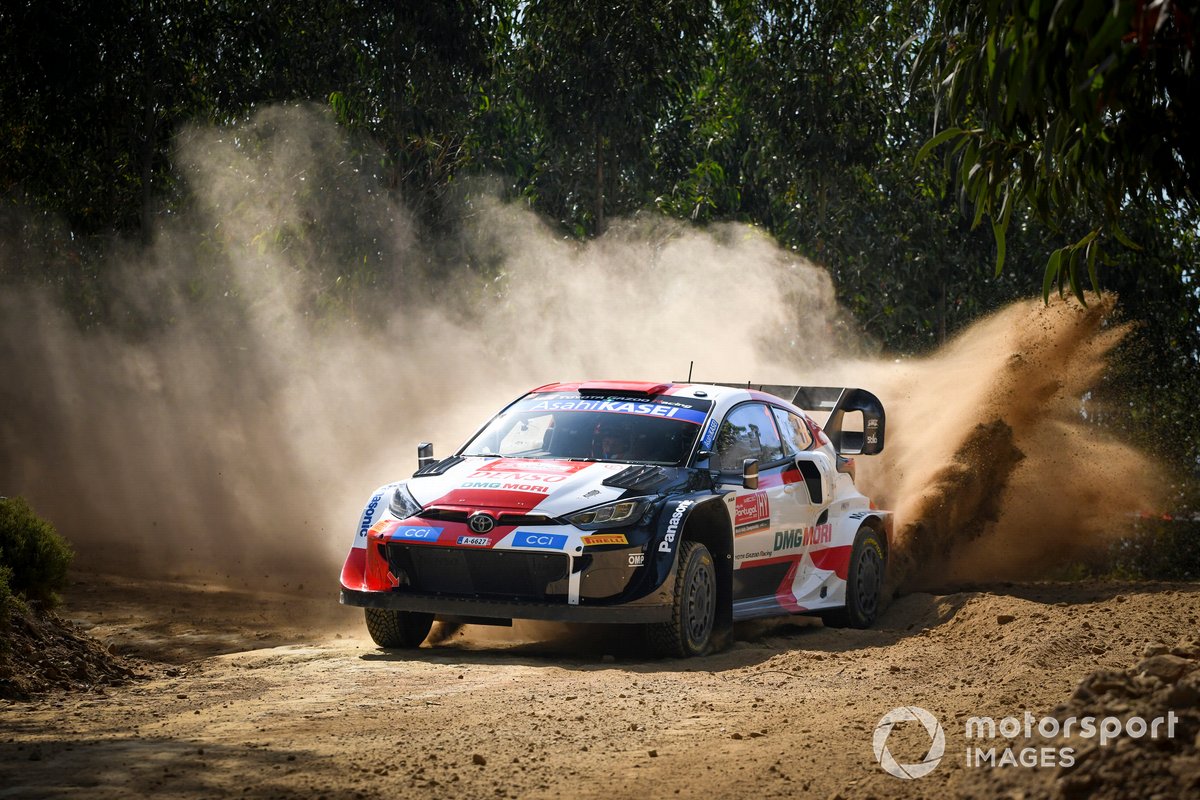 “So when I pick up the alarm of the puncture, I didn't believe it, I said, "It cannot be". I was so careful here and I even carry on like for a kilometre, like flat out thinking that maybe it's a false alarm. But the tyre finally came off the rim and I realised unfortunately it was a real puncture.

“We were not super fast changing it [the wheel] because two minutes is a bit too long. So that's something we need to practice, honestly. But unfortunately, the next stage was even more difficult to understand because there was not so many rocks.

“And very soon after the start [we got] another puncture and then it was game over.”

Ogier’s team-mate Evans managed to avoid any tyre drama to end Friday leading the rally by 13.6s from the Toyota piloted by championship leader Kalle Rovanpera, who opened the road.

“I’m pretty happy to be here. There were some extreme conditions and everybody was trying to pick their way through,” said Evans. “It was a lottery at times. You can always say you could have gone faster, but would you still be here? I don't know. It's always difficult to say.”