The M-Sport Ford team shuffled first Elfyn Evans then Teemu Suninen to move Ogier up the order to fifth, four places ahead of Neuville, who lost time as first man on the road on Friday.

Hyundai could not offer the same support after Andreas Mikkelsen rolled out of contention on the opening day, while Hayden Paddon was too fast to be of any real benefit to his team-mate.

The New Zealander was fourth, finishing more than two minutes ahead of Neuville, and dropping Paddon back would actually have allowed Ogier to reduce his points deficit further.

Ogier narrowed Neuville's lead by six points to 21 over the weekend, although that gain was contained by Neuville - who set a faster time than his rival on the powerstage. 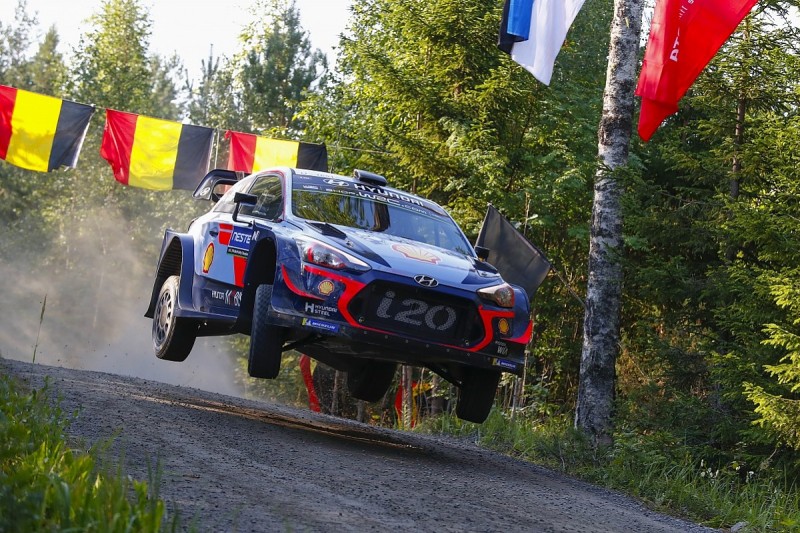 He was fourth fastest, while Ogier missed fifth and an extra point by 0.012 seconds.

"I would love to have that help," the Belgian told Autosport. "At least Craig [Breen] helped me in the powerstage by getting between me and Ogier.

"It's satisfying after the battle and considering the help he [Ogier] got. We limited the damage and we take 21 points to Germany.

"M-Sport played their strategy. If they did not do this then he would be seventh and I would be ninth.

"This is part of the rally, it's completely OK to do that and we would do exactly the same.