Ogier started the day with a slim 3.9s advantage but his advantage was eroded further by two stage wins for Neuville.

The second of those stages, Sassari-Argentiera, will be run later as the powerstage, and M-Sport Ford driver Ogier found himself "fighting" his Fiesta WRC through the sandier conditions on the test.

Esapekka Lappi remains in a safe third place, 50.3s behind Neuville ahead but with a 1m07.6s advantage over Hayden Paddon behind.

Lappi had been locked in a podium battle throughout Saturday with Toyota team-mate Jari-Matti Latvala until his retirement with suspected alternator issues, likely caused by rock damage. 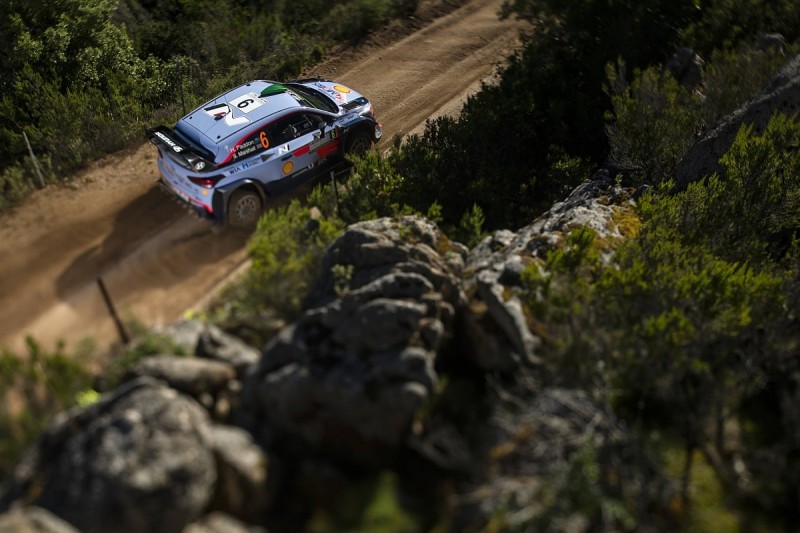 He had previously been only 2.1s in front after Saturday, but a safety-first approach from Ostberg allowed Paddon to pull away.

Ostberg is over a minute ahead of Citroen team-mate Craig Breen in sixth, who is the last factory WRC driver to have avoided major time loss or retirement this weekend, although he did spin on the Sassari-Argentiera stage.

Thanks to retiring after Saturday's stages were complete, Latvala's time penalty was relatively minimal, allowing him to resume in eighth place overall under Rally2 conditions.

Ott Tanak is only 31.6s behind Kopecky in ninth place, while a trip into some bushes cost 10th placed Martin Prokop - in an older 2016-spec Fiesta RS WRC - almost a minute.

That allowed M-Sport's third driver, Teemu Suninen, to close in for a potential world championship point awarded for 10th, the pair now separated by 32.5s.