Toyota team-mate Kris Meeke had led early on Friday morning, with Tanak starting on the back foot after a mistake on the rally-opening Oulton Park superspecial.

A storming drive on the pair of Friday night stages, Dyfnant and Aberhirnant, then propelled Tanak into a lead he would gradually extend over the next two days.

His only other concern was on Saturday afternoon, when a compression ripped the rear bumper off his Toyota Yaris WRC on Sweet Lamb and left him struggling to hear co-driver Martin Jarveoja's notes - though there was no noticeable impact on his pace.

Tanak's advantage in the championship is now up to 28 points, giving him a strong chance of wrapping up a first world title with a round to spare on Rally Spain at the end of this month.

He will clinch the championship there if he can end the event 30 points clear.

Hyundai's Thierry Neuville had been slower out of the blocks than his title rivals, spending the first half of the rally in fourth place.

A push on Saturday's afternoon loop gave Neuville stage wins on Myherin and Dyfi and took him past both Sebastien Ogier's Citroen and Meeke.

He then continued to pull away from Ogier on the final day to secure second place.

Ogier admitted his pace on the final day was "not so great" though his buffer to fourth-placed Meeke before Sunday's stages was sufficient to wrap up the final podium position. 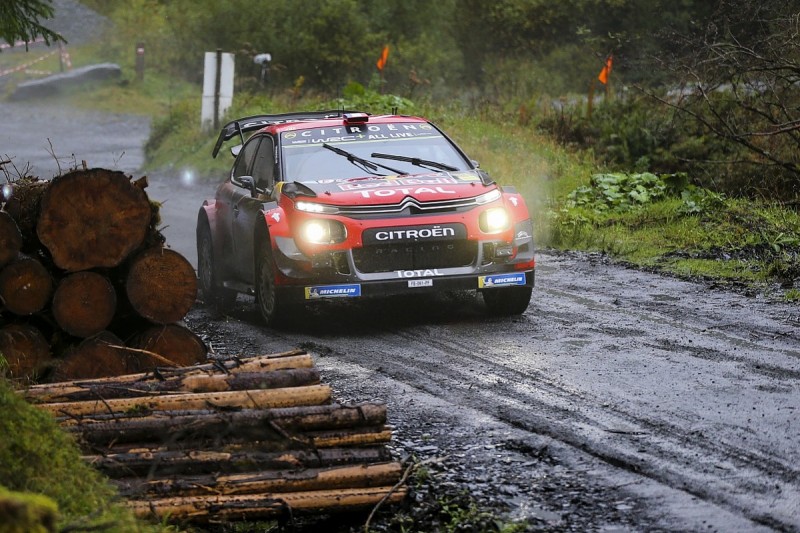 The reigning champion stepped up the pace on the Brenig powerstage, picking up four bonus points for second to Tanak while Neuville could only muster fifth-fastest time.

That leaves Ogier and Neuville 28 and 41 points off Tanak respectively heading into the deciding two rallies.

Esapekka Lappi, who had crashed out and retired on Friday, lent a helping hand to team-mate Ogier's title bid on the powerstage by going third fastest, adding an extra car between himself and Neuville along with M-Sport's Elfyn Evans.

Evans completed the outright top five in the lead Ford Fiesta WRC, overhauling Andreas Mikkelsen on the final day with a stage win on the first pass of Brenig and then locking down the place with a further fastest time on the second pass of Alwen.

Over 40 seconds had been lost by Evans on Friday's second stage, when he ran wide and damaged the suspension on his Fiesta, but he climbed back up the leaderboard with seven stage wins across three days.

Mikkelsen's choice of four soft tyres for the Sunday morning loop backfired and had cost him nearly five seconds on Brenig, and his push to retake fifth during the final loop backfired on Alwen when he overshot a hairpin and nearly stalled.

Pontus Tidemand finished a lonely seventh in the second M-Sport Fiesta. He gained a place when team-mate Teemu Suninen withdrew on Saturday evening with extensive damage picked up from a puncture that could not be remedied in a timely manner.

An intra-team battle at Hyundai over fifth place between Mikkelsen and Craig Breen on Saturday had come to an end when Breen rolled on Myherin, losing over five minutes and consigning him to eighth at the finish. 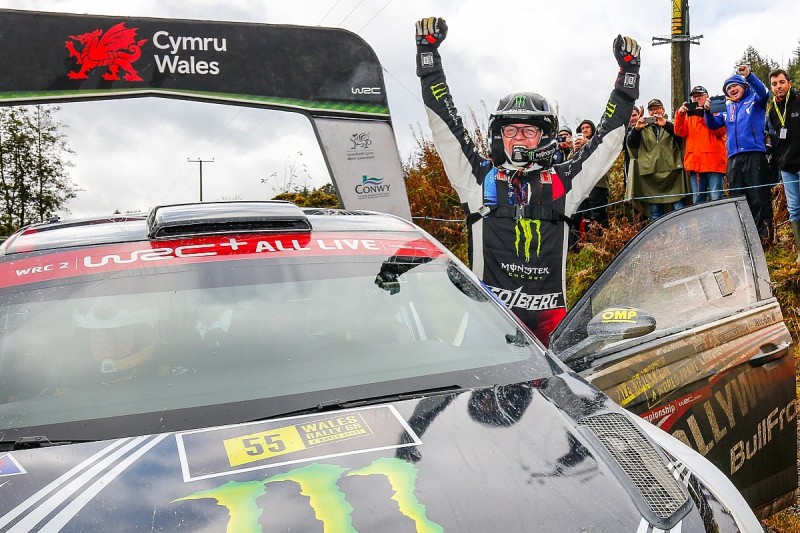 Petter Solberg completed the top 10 in a Volkswagen Polo GTI R5 and took victory in the WRC2 class for privateer R5-specification cars, in what has been billed his final appearance in a WRC event.

The 2003 world champion was in a distant second after Friday's stages until a puncture on Dyfi for Pierre-Louis Loubet brought him back into contention.

By the Saturday afternoon pass of Myherin, Solberg had taken the lead from Loubet and edged further ahead for the rest of the rally.

Rally GB also decided the outcome of the Junior WRC title, the prize for which includes a free Ford Fiesta R5 eligible for WRC2. 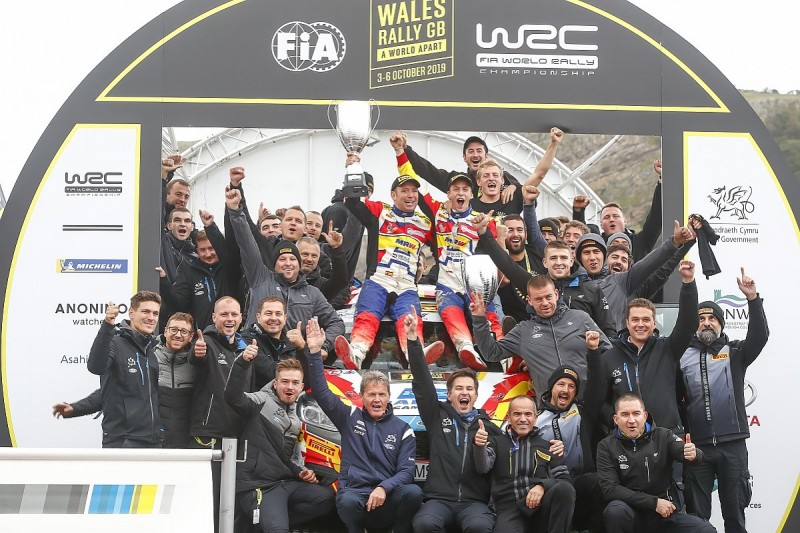 Jan Solans, whose older brother Nil won the same championship in 2017, was in a straight fight with Swedish driver Tom Kristensson after the third title contender, Dennis Radstrom, crashed out early.

The pair had swapped places more than once but a puncture on Sweet Lamb cost Kristensson over three minutes, giving Solans a comfortable lead he held to the finish to secure the title.