Jari-Matti Latvala has lost third place on Rally Italy, after a technical problem forced him to retire his Toyota despite the World Rally Championship's Saturday stages having already been completed

Latvala - last year's runner-up on this event - had been engaged in a tight scrap for a podium place with his team-mate Esapekka Lappi.

Despite losing time in the afternoon stages to Lappi, Latvala recouped it on the last stage before service and headed his compatriot by 5.3s, albeit 45 seconds behind Thierry Neuville in second and 48.9s behind leader Sebastien Ogier.

However, a hurried arrival at the last stage time control and constant engine revving indicated something was amiss aboard Latvala's Yaris WRC at the end of the loop.

He pulled away at speed, but later parked up on a road section between stage 16 and service in Alghero. He and co-driver Miikka Anttila could not resolve the issue.

"It's all over, we did as much as we could," Latvala told WRC.com.

"On the stage, the alternator stopped charging.

"A rock hit under the car on the sumpguard, and after that it stopped charging.

"We tried to do everything to work with the alternator, but the problem was we were running out of battery.

"Now we couldn't start the car. 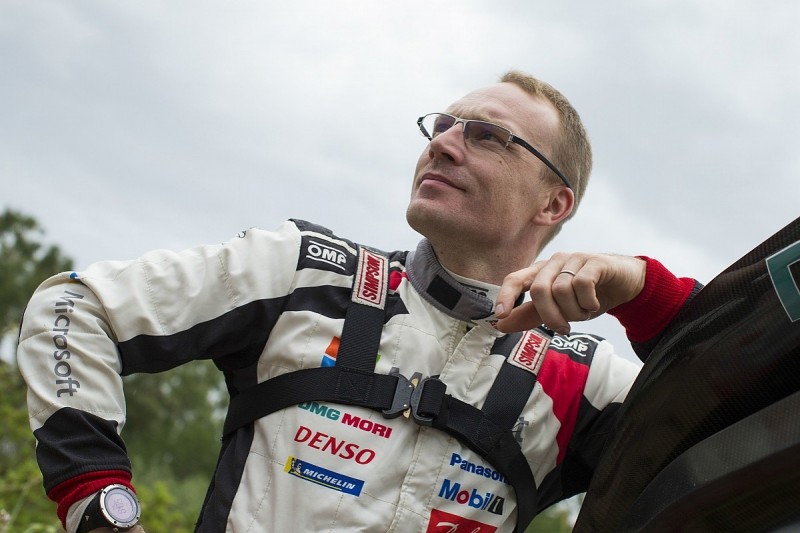 "These days you have great batteries, like mobile phones that have a lithium battery.

"But once it goes down and there is no power you can't get the system activated and then you can't restart, so that's the problem.

Latvala also retired from Rally Mexico earlier this season with an alternator issue, although he managed to restart and recover to eighth overall.

Rocks had been on Latvala's mind heading into Rally Italy, even resorting to moving them out of the way by hand during this week's recce.

He stated after multiple stage finishes he had taken a cautious approach to avoid potential punctures and damage.

"There is some more margin [to fight Lappi], but after three zeroes, I don't want to take that risk," added Latvala at midday service, referring to his retirements at the last three WRC rounds in France, Argentina and Portugal.

His other team-mate and last year's winner of Rally Italy, Ott Tanak, had retired on Friday after a nose-heavy landing over a fast jump.