Hyundai's Thierry Neuville believes that he could have recouped even more time against Croatia rally leader Sebastien Ogier on this afternoon’s World Rally Championship stages, had his jack worked.

The Belgian, who led the rally overnight on Friday but lost out with an incorrect tyre choice on Saturday's morning loop, was unable to use the single spare tyre he carried in the boot of his Hyundai i20 Coupe as the lifting device needed to raise and lower the car on road sections to change rubber was broken.

That meant the four hard Pirellis he left midday service with had to see out the entire second loop.

Despite this setback Neuville moved to within 10.4 seconds of new event leader Ogier, having been almost 20s behind at lunchtime, leaving Hyundai Motorsport boss Andrea Adamo to proclaim that it was "not impossible" for him to launch a comeback on Sunday's four stages.

“It was quite a surprise to see at the end of the stages we were able to claw back a decent number of seconds – important seconds – in the fight for victory,” said Neuville.

“Unfortunately, the morning was a real struggle for us but the afternoon went much better.

“There was still a little issue. I was supposed to drive all stages with the same tyres, as we couldn’t get the jack to work properly [but] at the end we made the best out of it and we are happy.

“I could not lift the car – all the time it came down – so I was unable to change tyres. 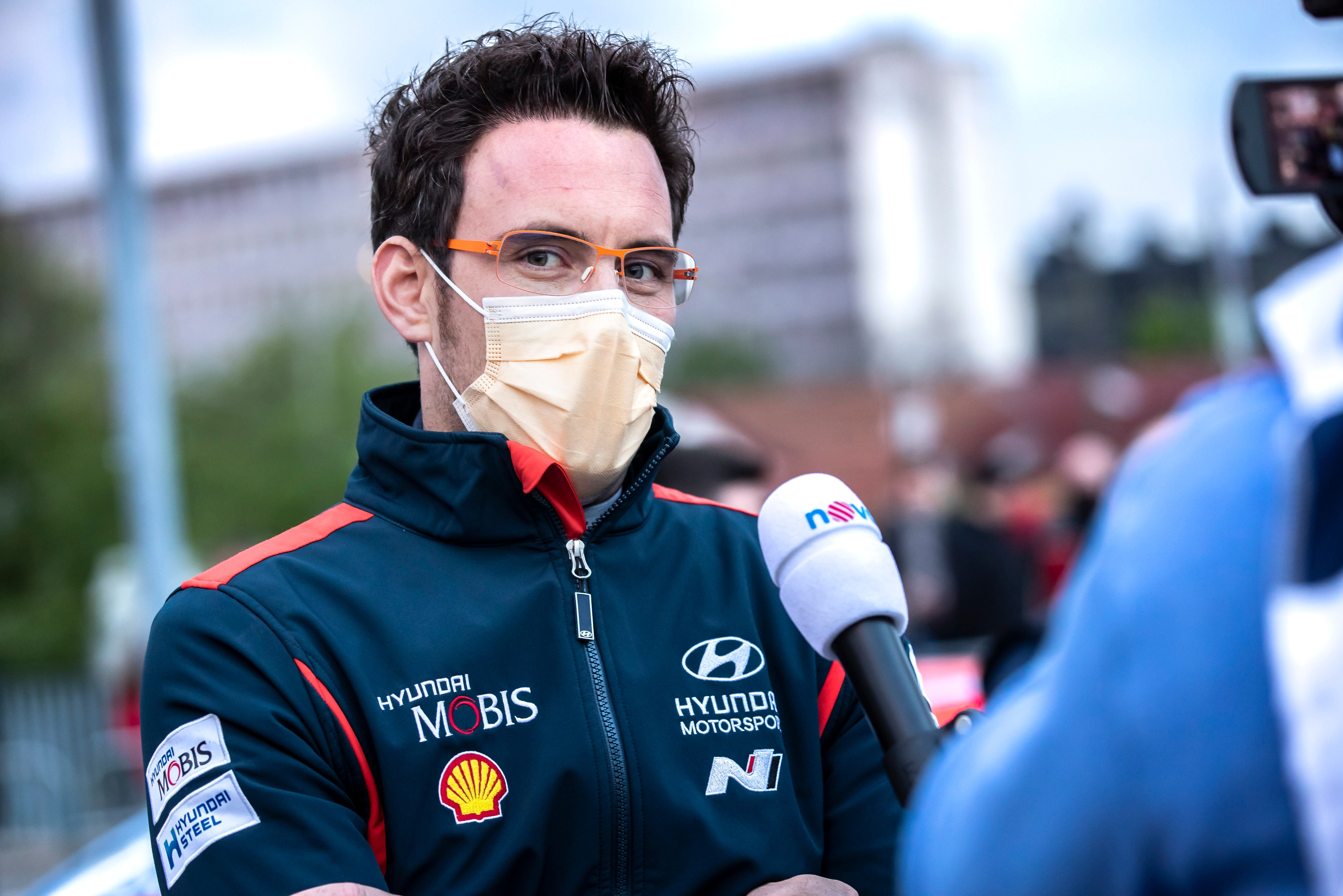 “The longest stage is still to come [the 25.20km Bliznec stage that will be run twice on Sunday], so definitely tomorrow there’s still plenty of surprises waiting for us - hopefully good surprises.

“The Toyotas were very strong this afternoon, even with two spares in the boot. We were able to match that more or less – but it was difficult to catch back a lot of time.”

Adamo described this morning’s tyre call that meant Neuville could not hold on to his overnight lead as “bitter and painful” and admitted “silly mistakes” had been made.

“The car was certainly working much better with the right tyres and the times improved too,” Neuville added.

“We had a decent run, but it is really difficult to catch up a lot. Unfortunately, we were only able to gain time on one of the stages.

“If I want to win, I need to do a little bit more. We need to have a good think tonight to see what we can find.

“Anything is still possible and every day there are plenty of surprises. It’s not over until it’s over, so let’s go for it.”