M-Sport is hopeful of seeing more Ford Puma Rally1 cars competing in this season's World Rally Championship following the first sale of one of its new cars to a privateer.

The British squad revealed last year that it had received plenty of interest in its new Puma, before the car had completed a competitive stage. It duly won on its competition debut in last month's Monte Carlo season-opener, courtesy of nine-time WRC champion Sebastien Loeb and new co-driver Isabelle Galmiche.

That interest has now been converted into a sale, with Greek competitor Jourdan Serderidis purchasing a Puma Rally1 car from M-Sport.

The 58-year-old is well known to M-Sport, having piloted its Fiesta WRC car in rallies in Germany and Australia in 2018 and on his home event, the Acropolis Rally, last year.

It is anticipated that Serderidis will drive the Puma at the Safari Rally (23-26 June) and the Acropolis round in September. The entry will be run by M-Sport, which may end up running five cars on the events this season.

M-Sport team principal Richard Millener has been encouraged by the news of the sale and believes more cars could be sold over the coming months.

It has been recently confirmed that Rally1 cars will be eligible to participate in national rallies outside of the WRC.

“It is the first one at this point,” Millener told Autosport.

“I think the important thing is they are available for purchase, but there is a finite market on that

“It is still very new and we would only have the cars run by us in this first year. 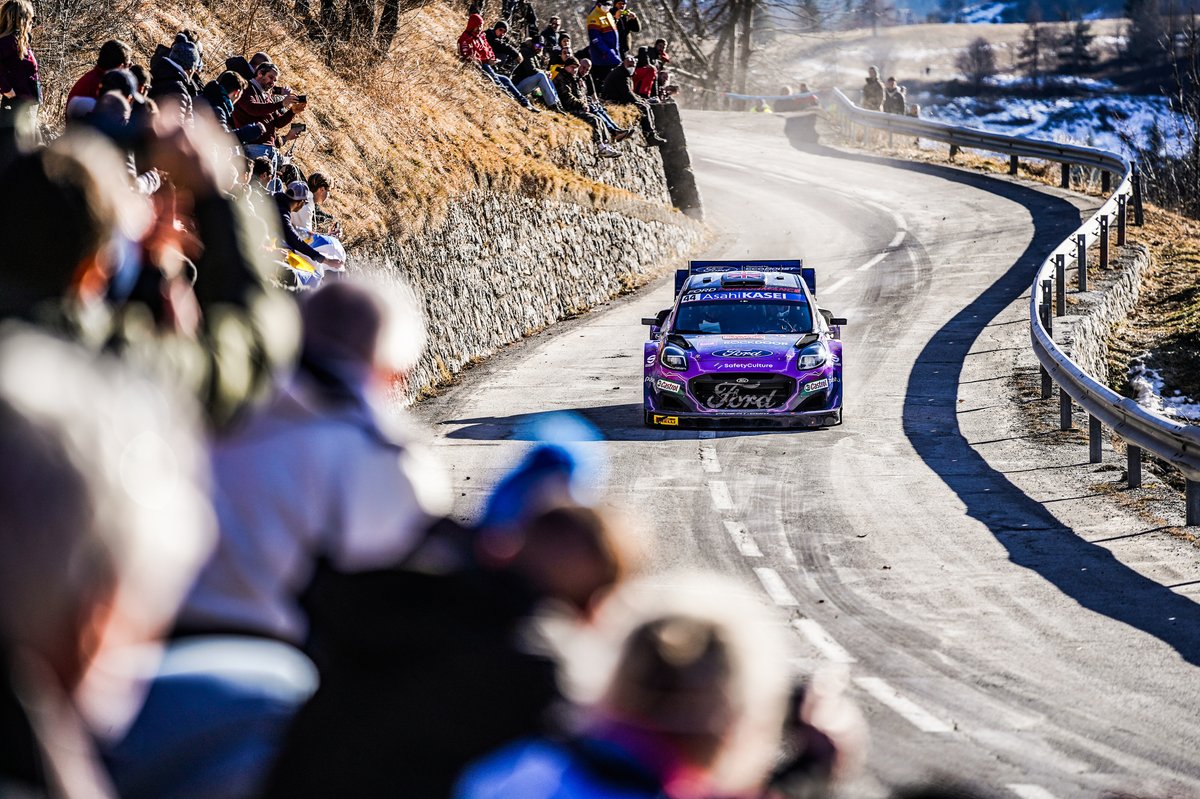 “There is a physical supply, not issue, but demand for those cars, so we don’t have them sitting in stock as such.

“But the important thing is that people appreciate that these cars can be purchased and be used. We hope to see them out on more and more events as we go through the year.

“We are limited to the number of cars we can have in the team through the year through FIA regulations. We have to be very careful and we can’t sell cars out of the team allocation at this point in time.

“I’m sure once people see privateers use these cars elsewhere, then there will be an opportunity to sell more. They are the top rally cars but we don’t expect to sell hundreds, it is not Rally2.

“We have always sold these cars and there is always customers with budget to buy them. I would hope we will see some more over the coming months.”

M-Sport currently heads the WRC manufacturers' standings, with the team's full-season driver Craig Breen supporting Loeb by finishing third in Monte Carlo behind Toyota's Sebastien Ogier, who like Loeb is contesting only a partial schedule.

The team will field three entries for next week’s second round of the championship in Sweden after a clashing commitment with the Milan fashion week caused Lorenzo Bertelli to withdraw.