Ypres' unique fast and narrow tarmac roads, lined with cuts and deep ditches, favoured those with previous experience of the rally as evidenced by 2018 and 2019 event winners Neuville and Craig Breen finishing first and second.

Toyota struggled on the opening day of the rally with Elfyn Evans, Kalle Rovanpera and championship leader Sebastien Ogier some 40 plus seconds adrift of the leading Hyundai pair.

The squad improved as the event progressed with Rovanpera clinching the final spot on the podium ahead of Evans and Ogier, who recorded his worst finish since February’s Arctic Rally Finland.

Latvala praised his drivers for their efforts in unknown surroundings, but conceded a lack of experience was costly.

“I think all the drivers did a good job this weekend, we just couldn’t fight for the victory because we didn’t have the experience here,” said Latvala.

“On Friday our guys had to learn about the surface and the grip levels and once they had that experience they could match the top times for the rest of the rally, but by then it was a little too late.

“But we know that we can’t win every rally and still we got important points for the championship this weekend.” 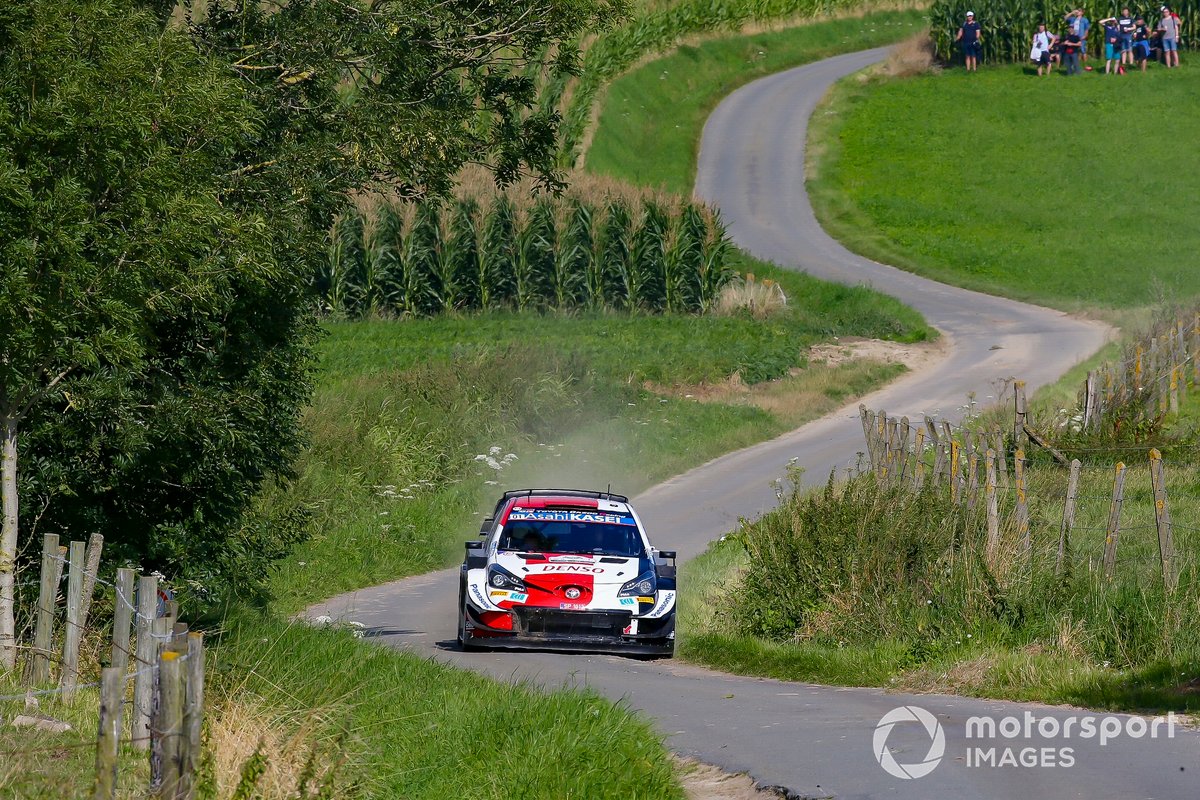 Latvala singled out the performance of Rally Estonia winner Rovanpera, scoring a podium in his first tarmac event since crashing out on the opening day of April's Rally Croatia.

“It was a really close fight between our drivers today and in the end it was Kalle who had great pace and could finish on the podium,” he added.

“He did a strong rally, and that is really nice to see in his first rally back on asphalt after the accident in Croatia.”

Rovanpera added: “I’m really happy with this result. The two drivers in front had a lot of experience of this rally and you could see in the times on Friday that nobody could match them.

“I think that for us to be able to match the rest with our lack of experience and finish on the podium is really good.”

Although he finished fifth, Ogier managed to extend his WRC lead to 38 points, but is now facing a fight from Evans and Neuville, who are tied for second in the drivers’ standings.

Toyota's lead over Hyundai in the manufacturers’ battle has been reduced to 41 points, with four events remaining.