The Irishman followed Thierry Neuville home to score a memorable one-two for Hyundai Motorsport at the Ypres Rally, an event he previously won in 2019 when it was part of the European Rally Championship.

Breen and Neuville were in a league of their own on the narrow tarmac stages as they pulled away from the field enough to hold station and drive within themselves on the final day.

However, the final four stages were not without drama for Breen, who misjudged a corner on Sunday’s opening stage that resulted in a collision with a bank.

Luckily his Hyundai i20 avoided significant damage allowing Breen to score back-to-back WRC podiums for the first time in his career.

On reflection, Breen felt it was a lucky escape and if the bank hadn’t been soft from the deluge of rain that has hit the region recently, his charge would have been halted. 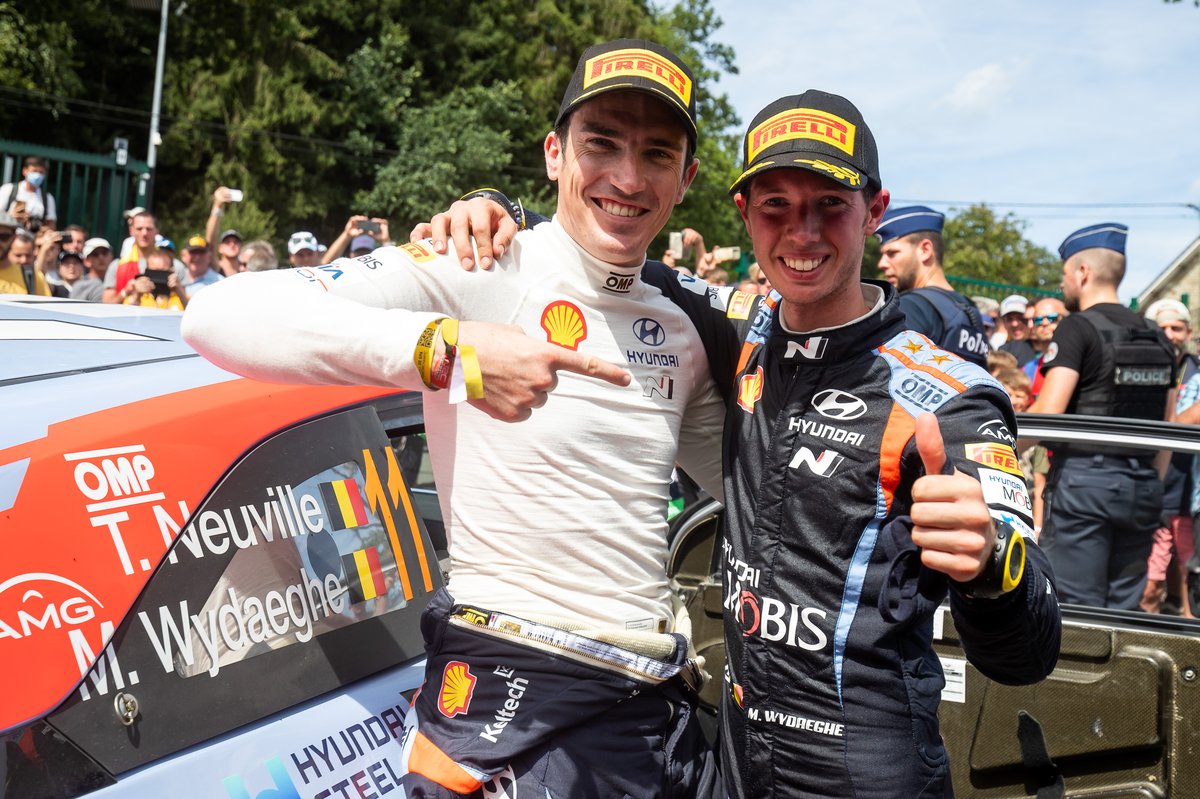 “Honestly I knew about the corner from the recce I saw it was tricky,” said Breen.

“I was warned about it from the start of the stage because it looked on WRC Live that it was quite difficult. I braked early enough because I braked even later on the second time.

“I just released the brake a bit too much at the top of the crest and when I went to brake a bit more again and I locked one wheel and at that point it started to pick up speed rather than slow it down.

“Honestly I have to thank the horrible Belgian summer where it has rained so much as the bank was actually quite soft, because if it was normal this time of the year, for sure I think I would have stopped there.

“I saw somebody who went slower on the second pass and he rolled. I think only because I carried so much speed into the corner I managed to skip over a drain and not go off [completely].

This weekend once again highlighted Breen’s skills fresh off the back of a second place finish at Rally Estonia last month.

The 31-year-old, competing in a partial season for Hyundai this year, is desperate to secure a full-time campaign next year and hopes the result will only help his cause.

Breen has been linked to a seat at M-Sport for 2022 and was coy about his future when quizzed in the post-event press conference.

“The podiums help regardless, it help every walk of life," he added.

“For sure it helps our cause and puts us in a stronger position.

“Apart from anything on the contract side, it just myself and [co-driver] Paul [Nagle] much more confidence going forward, we definitely belong here. We will see [about the future].”