Latvala lost his full-time Toyota seat for 2020, as the marque elected to field an all-new line-up of Elfyn Evans, Sebastien Ogier and Kalle Rovanpera.

It means 2020 is the first year since 2006 in which he does not have a top-line manufacturer drive for at least a majority of the season. That year he competed in privateer Ford and Toyota machinery before starting a long-term relationship with M-Sport the following year.

He is confirmed for Sweden and his home rally in Finland only, but told Autosport earlier in the year that he was "working to get some sponsorship to add in Sardinia, Portugal, and Rally GB as well".

"It's going to be a very nice year and I'm looking forward to Rally Sweden," said Latvala.

"I want to go out there and enjoy, and try to do a good result.

"Hopefully that result is something more exciting and maybe we can do more rallies so that people will see us in the World Rally Championship." 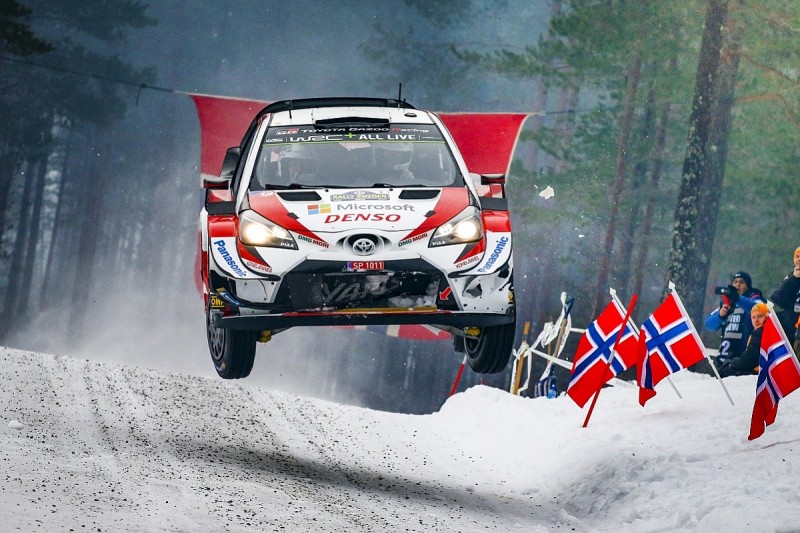 For the first time in WRC competition Latvala will be partnered by Juho Hanninen as his co-driver.

Hanninen was the 2010 Intercontinental and 2012 European Rally champion as a driver, and has co-driven Latvala in his Toyota Celica on historic events.

"It's a different approach than 2019 when we were doing a full season," added Latvala.

"This is the first year for a very long time that I'm actually doing selected events.

"I'm really happy and delighted I'm back with the Toyota team and that I can drive with the team.

"Immediately after the first day you begin to get back in the groove get the feeling back.

"Now we go for Rally Sweden with Juho, we don't need to show anybody anything, we just do our job and at the end we will see what is the result.

"We can just go there, enjoy and have fun."

On Friday, Toyota also revealed that Hanninen - who conducted much of the development work for the current Yaris WRC - has begun testing the GR Yaris rally car that will be introduced by Toyota in 2021.

Rally Sweden will go ahead albeit with a shortened route, following warm weather in the region which has hindered the formation of thick snow on road surfaces.

Latvala added that driving the rally will be different, as drivers usually have the added protection of snowbanks they can hit with the rear of the car to stop it stepping out.

"It's a different approach this year, because there aren't big snowbanks, there is some ice, but quite a lot of gravel coming up as well," said Latvala.

"But in the back of your head you have to remind yourself that there is no back up, no escape [without snowbanks]. If you go in a ditch, everything is solid."