Hyundai drivers Thierry Neuville and Ott Tanak have both been handed new multi-year deals that will keep them with the team beyond the end of this World Rally Championship season.

The squad said agreeing personal terms with both drivers signalled its intention to lead from the front by working with “two of the most talented and fast” drivers in the WRC.

It also believes that by securing the services of Neuville – who scored Hyundai’s first WRC win at Rallye Deutschland in 2014 – and Tanak that it can “efficiently execute the development” of its new Rally1 car for 2022.

Hyundai was the last of the three World Rally Championship teams to receive the go-ahead for work to begin on the project, but work has intensified since then and the hope is the first mule can begin testing next month.

Team Principal, Andrea Adamo, said: “We are delighted to extend our relationship with Thierry and Ott beyond 2021 with multi-year deals.

“Working with these two talented drivers in the future demonstrates once again our continuous determination and ambition to succeed in the World Rally Championship and reaffirms Hyundai’s strong commitment to the series as it enters its new hybrid era in 2022.

“Both have demonstrated to be exceptional ambassadors for the brand and the team and I would like to thank Thierry for his loyalty to Hyundai Motorsport since 2014 and Ott for trusting us and our work - we are very pleased to continue to collaborate with them now and in the years to come.

“We are beginning the crucial phase of testing of our new 2022 Rally1 challenger in the near future, so together with Thierry and Ott, we can execute a smooth testing plan,” he added.

“We can’t also forget that we still have a job to do together this year focussing on our goals for 2021 as well as thinking ahead to 2022 and beyond.” 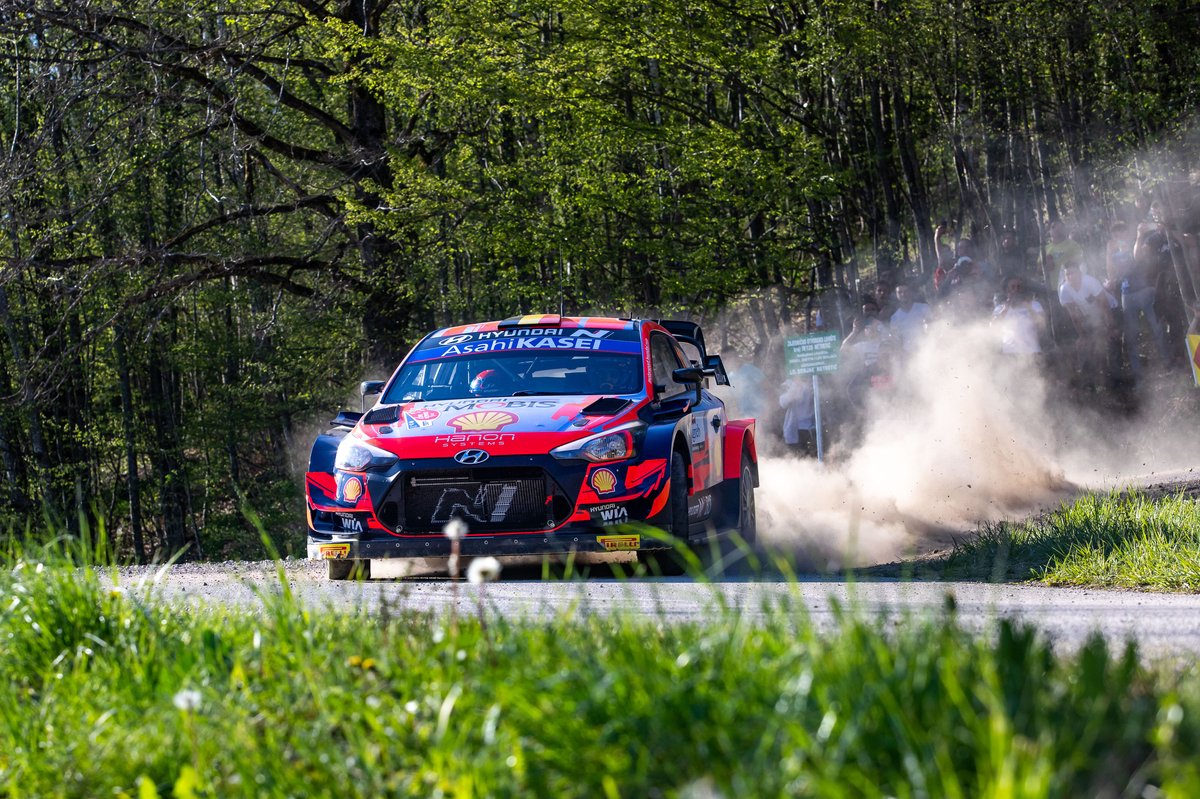 Neuville said he had made it clear to Adamo that he had wanted to stay with Hyundai as it has become like “a second family” to him.

“Besides the fact that I feel really well with them, their determination and target for victory convinced me to pursue the fantastic journey we started together more than seven years ago,” he said.

“Their approach and ambitions on the new challenges coming next year, with the new WRC hybrid regulation, is also very promising. I love rallying and I’m not ready to stop.

“I’ve been dreaming about it since I’m a child and thanks to Hyundai and my strong motivation, dedication and determination, I continue to give my very best.”

As for Tanak - who surprised the WRC service park at the end of 2019 when he confirmed he would be switching from Toyota to Hyundai - he believes he has the platform to go on and add to his two WRC wins, and consistently challenge for the WRC drivers’ title.

“I am really happy to sign a new contract with Hyundai Motorsport from 2022,” said the Estonian.

“Since 2020, we have shared many special moments together, as well as working through some more difficult times.

"Over the past two years I have seen the team’s commitment and their determination to succeed and I am sure that each and every one will continue to push the limits.

“We are entering into the new era of WRC, as we are switching to the hybrid regulations and this means everyone will start from a blank page.

“Hyundai Motorsport has a huge knowledge and experience package of hybrid and electric technologies which will play a big role when we start developing the new Rally1 car.

“I am looking forward to the new era of the WRC, but we have still a job to do this year - making sure we send off the current generation of WRC cars in the best possible way.”