Thierry Neuville was the highest placed Hyundai finisher in fifth place, but the title hopeful's rally was compromised when he slid into a ditch on the first stage and lost four minutes.

Team-mate Andreas Mikkelsen went off on Friday and damaged the alternator on his i20 WRC, while Dani Sordo was running third before crashing into a ditch on the first Saturday stage.

It left the team last in the manufacturers' championship after the opening round with just Neuville's 14 points to its name.

"If you panic after round one then it's a bit game over," team principal Michel Nandan told Autosport.

"OK, the fact is like that: it's a bad result. But let's look forward and think already about the next event.

"In Sweden, normally the car is quite competitive and Sweden is a rally where Thierry, Andreas and Hayden [Paddon] perform well.

"We could say the same about here. Maybe Sweden is not so tricky, we know a bit more the conditions.

"Maybe it would be better for the championship to start in Sweden next year!"

Neuville won more Monte stages (five) than any other driver on his recovery charge, which included overhauling M-Sport driver Elfyn Evans and Toyota's Esapekka Lappi on the final stage.

Nandan said the speed shown by the drivers, with Neuville and Mikkelsen banking powerstage points, was small consolation.

"It's disappointing and frustrating," he said.

"Technically, we had no issues. The car was OK and it was performing well, the problems we had were related to the rally conditions." 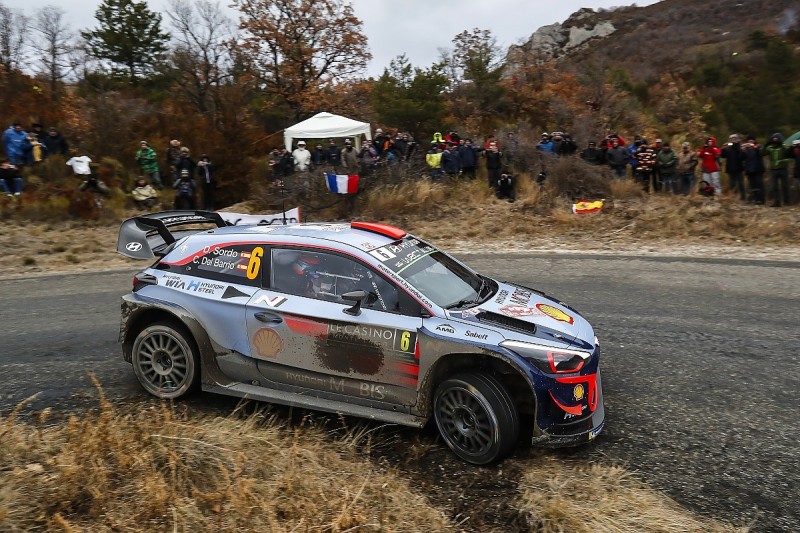 Mikkelsen returned under Rally2 regulations on Saturday, but Sordo (above) was not permitted a restart due to specific rules for the opening round that stipulate no competitor retiring on Saturday can resume on the final day.

Asked about Mikkelsen's alternator failure, Nandan said: "He went off on the stage and we saw from the data there was some dirt or gravel which went on the belt and cut it.

"The belt then jumped off and became wrapped around the alternator.

"Normally it's OK to change the belt, but it was not possible in such a short time."