Neuville was comfortably leading in both Monte Carlo and Sweden before Saturday errors forced him out.

"It's really frustrating to see that we have done a not too bad job with the car, the car is competitive, but we had this mistake," Nandan told Autosport.

"The mistake on the Monte was OK because this can happen on this rally, but not in this kind of [superspecial] stage. It's a small touch, but a big mistake.

"It should not happen, this is not something that should be happening in a two-kilometre stage. "He needs to learn from this mistake and he has to be focused in Mexico.

"Yes, it's only the start of the season, but we are not going to be able to catch these points back.

"But OK, now we have to look forward and look to the next round." 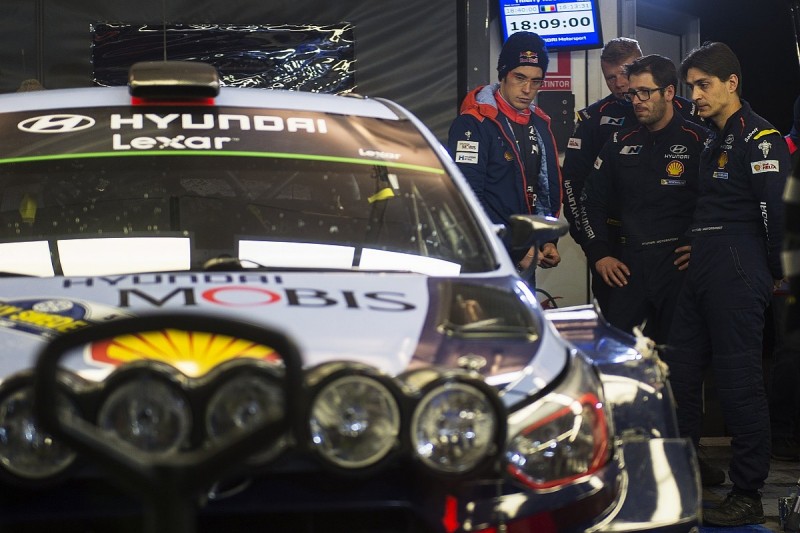 Neuville would have been leading the world championship had he converted his Monte and Sweden leads into wins.

His eight points so far come entirely from powerstage bonuses and he is 40 adrift of championship leader Jari-Matti Latvala.

Hyundai trails leader M-Sport by 33 points in the manufacturers' contest.

"We had spent all Saturday with a deliberate strategy to take things steady and to stay in control of the rally," said Neuville.

"We didn't want a repeat of Monte, but that's exactly what we got.

"I feel disappointed for the whole team that we lost the lead of the rally for a small driving mistake. "It was another issue with big consequences for the championship.

"I am sure our approach to this rally was correct, until our misfortune, however our potential is clear and we have to focus on moving forward positively."

How Toyota the underdog shocked the WRC