How the WRC celebrated its milestone in style

OPINION: The World Rally Championship’s celebration of its 50th anniversary season in Portugal was a welcome opportunity to reflect on and celebrate the pioneers who forged such a significant legacy

Round up a bunch of the world’s greatest rally drivers from the past 50 years in a room and you are set for an unforgettable evening. That’s exactly what happened for the World Rally Championship’s 50th anniversary season celebrations at Rally Portugal last weekend.

The WRC went to significant lengths to celebrate its milestone, organising a special gala dinner for 250 guests on the Wednesday night before the rally. You couldn’t help but bump into legendary drivers, co-drivers and team bosses.

Watching the stars from the past and present arrive at Rally Portugal’s Exponor exhibition facility highlighted something that can only really be found in rallying. There is a close-knit relationship between the drivers and co-drivers from rival crews, which stems from the fact that rallying is all about beating the clock rather than the opponent. It means there are fewer moments where conflict can occur and deep rifts set in, creating a family vibe in the room.

The occasion warranted the appearance of new FIA president Mohammed Ben Sulayem, a former rally driver himself, who spoke passionately of his love for rallying and his desire to see the discipline grow and build upon its rich history. 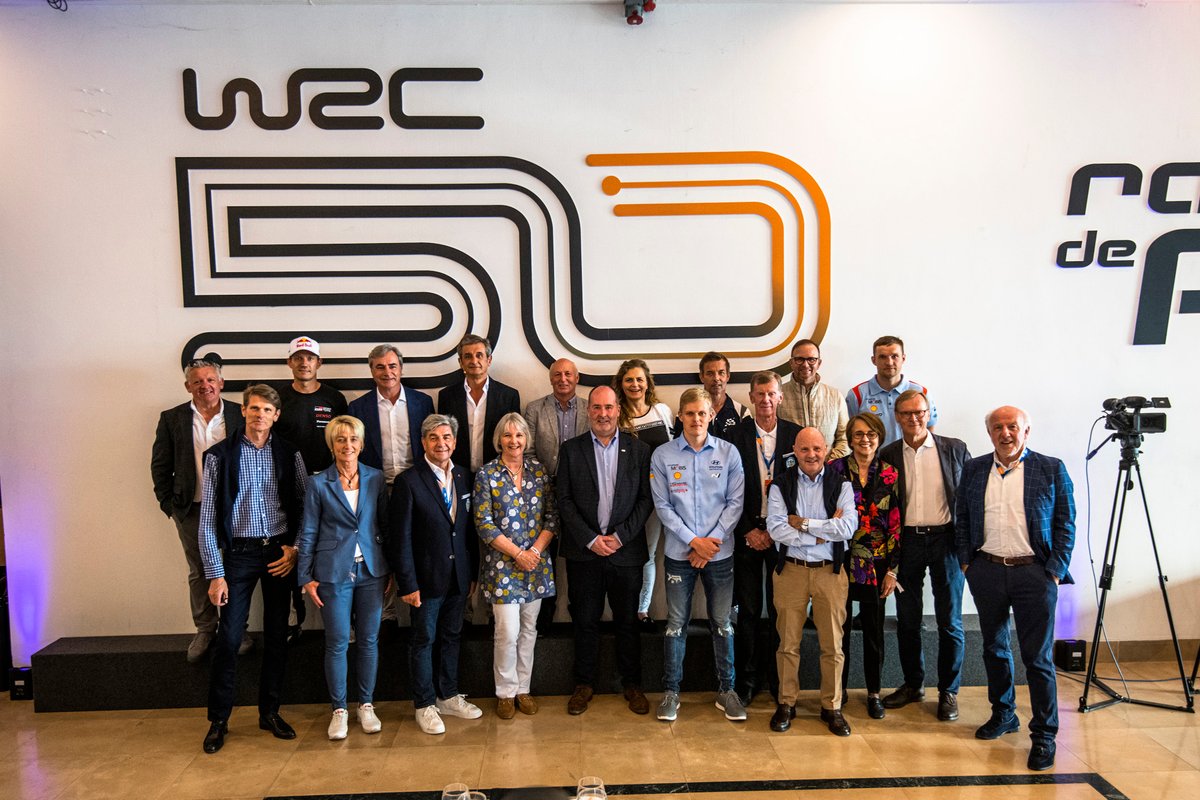 For anyone who was introduced to the WRC in the 1990s, this event was unforgettable. The ‘matador’ himself Carlos Sainz and co-driver Luis Moya recalled their time at Toyota and the battles with Colin McRae.

“I’m so happy to be here and be part of this great family,” said Sainz. “We should have won two or three more world championships with a bit more luck, but I’m happy with what we achieved.

“With Colin we had great battles at Subaru, Ford and Citroen – he was the driver I spent most of my career with. People think we were not the closest of friends, but actually he was my closest friend in the championship.”

From a British perspective, there were the unmistakeable voices of Derek Ringer, Nicky Grist and Robert Reid. Sadly, the drivers they called notes for – McRae and Richard Burns – left this world far too soon. The WRC paid tribute to the 1995 and 2001 world champions and other stars who are no longer with us with a minute’s silence, while a video of their career highlights was played.

“He [Colin] probably would have made the most if it,” Grist told this writer when asked what McRae would have made of the event. “Among his own crowd he would be happy. I’m sure we would have had a few beers and enjoyed it thoroughly.”

There was even a new twist to the story of the 1982 WRC season, in which Opel driver Rohrl denied Michele Mouton from becoming the first woman to win the WRC title. Rohrl at the time had been critical of the sometimes superior Mouton/Audi package but, in a press conference organised before the gala dinner, he admitted that Mouton taking the title might have been better. 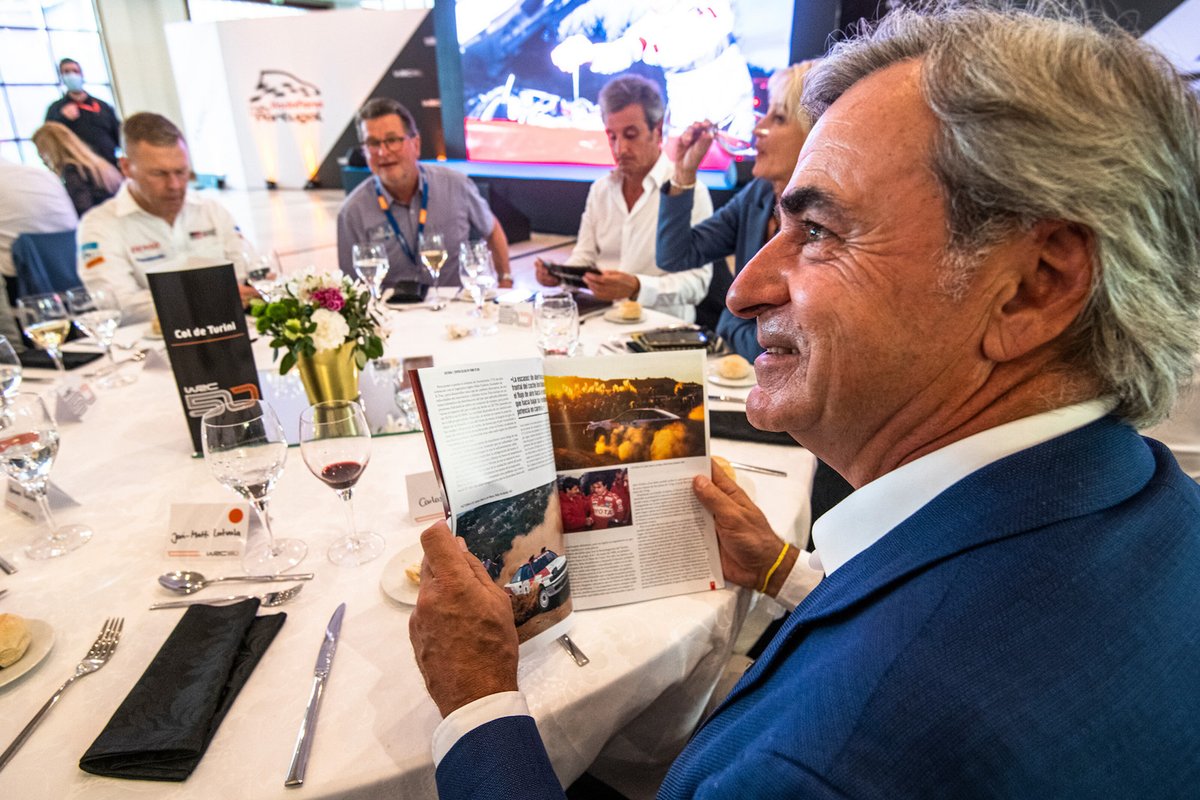 Sainz was on good form at the WRC gala

“Many people ask me what it feels like to be a two-time world champion,” said Rohrl. “I tell them it meant more to win in Monte Carlo. It was a funny situation in 1982 with Michele.

Four-time WRC winner Mouton accepted the sentiment: “You have the ups and downs and you should remember all the best times. But it was very nice of him to say that.”

While the gala dinner was the centrepiece of the celebrations, the hordes of fans that flocked to Portugal were able to quench their nostalgia thirst courtesy of demonstration runs from the fleet of historic machinery across the rally’s spectator-friendly superspecial stages. Arguably the sight that provoked the most fervent response was Rohrl reunited with an Audi Quattro for a run of the legendary Fafe stage.

“It was something I didn’t expect [that anyone] would even know me,” said Rohrl. “Everybody was coming this morning, it was unbelievable. ‘You are the best man ever, you are a god’ and things like this.”

The WRC’s efforts to celebrate should be commended, offering a reminder to stop and remember the pioneers who came before. It also left many hopeful that the series can showcase its history more at future events. 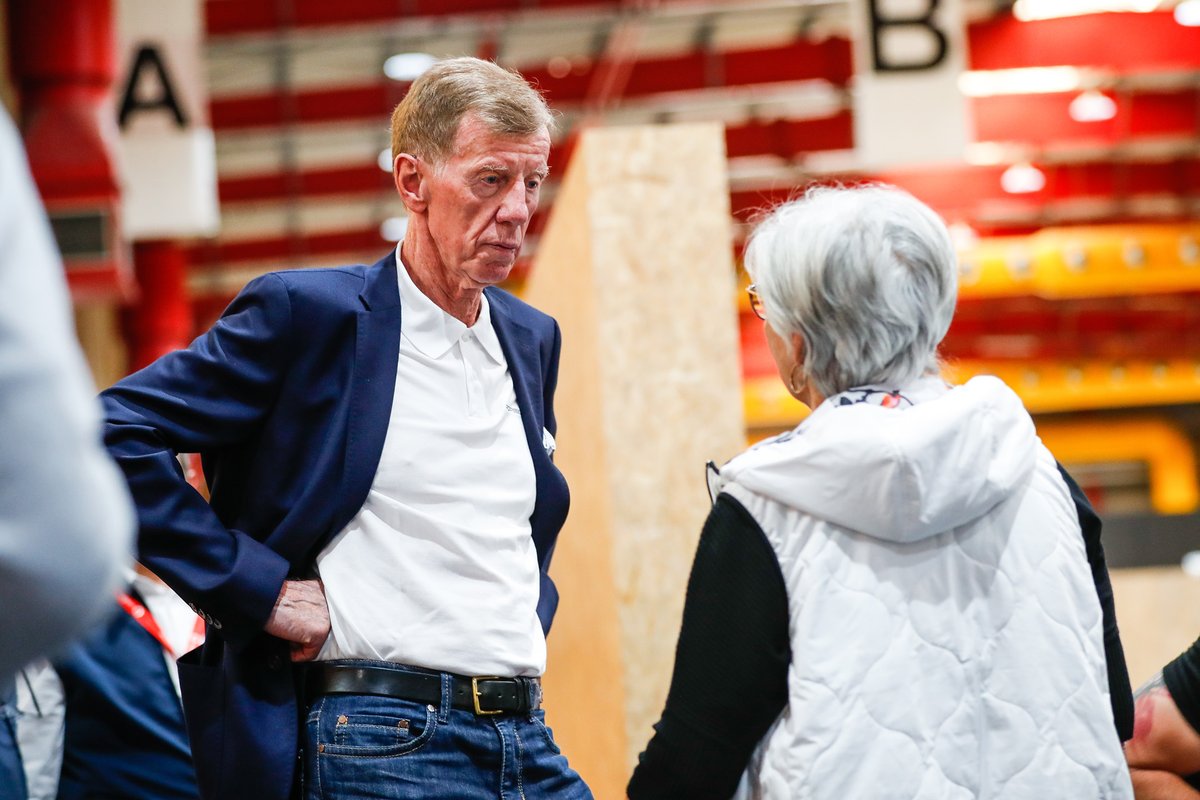 WRC Portugal: The Good, The Bad and the emergence of a future legend