M-Sport Ford driver Gus Greensmith believes a new co-pilot – and an engine upgrade – can help him secure the results he needs to safeguard his World Rally Championship place in 2022.

Last month, Greensmith announced that his partnership with close friend and long-term team-mate Elliott Edmondson had been dissolved after below par performances on the first two rounds together.

On Rallye Monte-Carlo, they came home in eighth and could only manage ninth on Arctic Rally Finland – and it was after the winter meeting that a review was carried out and a change of personnel agreed.

For the remaining rounds, experienced Ulsterman Chris Patterson – who has sat alongside Kris Meeke and 2003 World Rally title winner, Petter Solberg – will call the notes for the 24-year-old Mancunian.

It will be Patterson’s first appearance in a World Rally car since Rally de Catalunya in October 2018.

“It was a difficult decision because me and Elliott had a good relationship,” Greensmith, who is contesting his first full programme with the Cumbrian squad, told Autosport.

“He’s a capable co-driver and also a good friend but the thing I needed in the car was more experience.

“It wasn’t so much Elliott improving but more about me removing some of the small mistakes that an experienced co-driver can help with.

"Everything is very short-term in motorsport so you are looking at being in the car for the following year unless you get to the point where you’ve a multi-year contract.

“I am just looking to make sure I get the results to be in the car for the following year and to do that we felt the only way to make a good, substantial improvement and move forward would be to have someone like Chris in the car.

“He was in retirement and to pull him out of retirement was a bit of a confidence boost because he didn’t have to do that but he feels that we can get the results we need.” 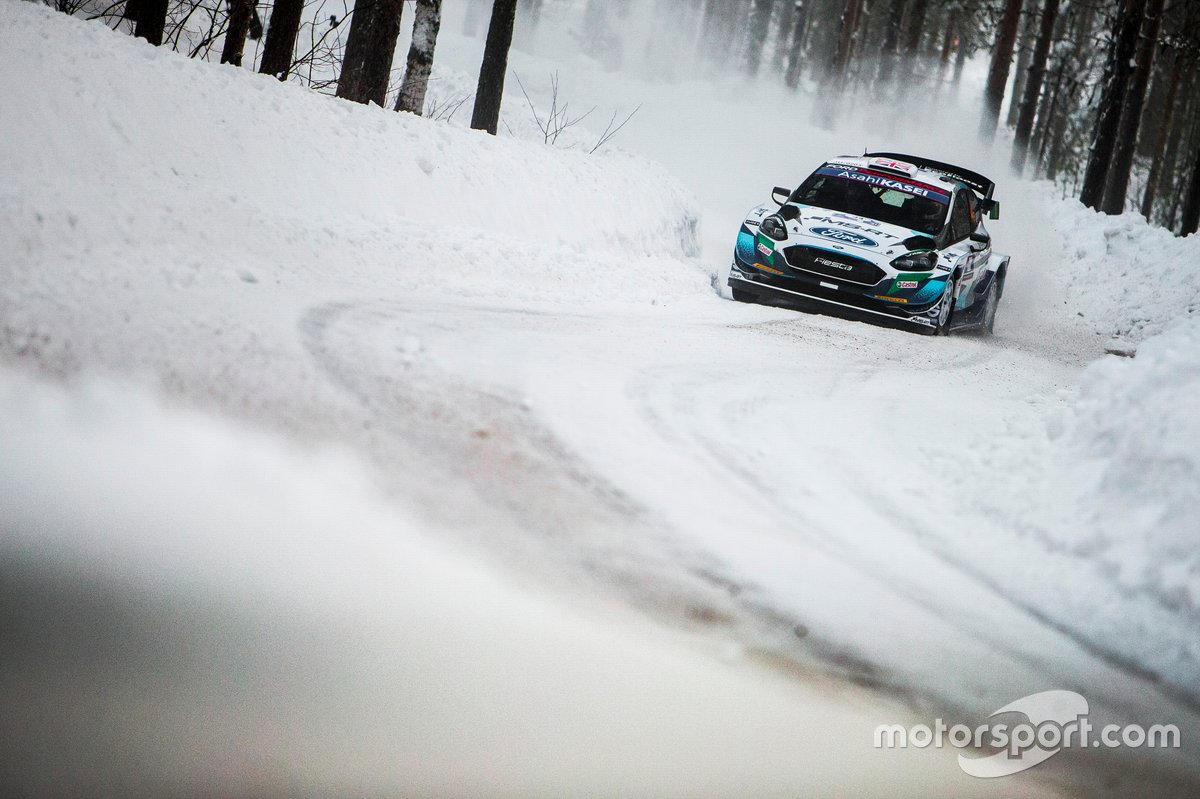 Greensmith and Patterson had planned to enter at least one rally since the announcement was made but will have to rely on a day-and-a-half’s testing later this week to get up to speed.

“There will be a lot of learning to do in as far as how we like to do things – which is all part of it – but a man of Chris’s experience, he will have done this a few times before and know exactly how to make the most of it,” said Greensmith.

“Chris has got a lot of ideas and he was explaining these to me and why the thought they would work and when he explained them it was abundantly clear.

"We’ve been looking at what we feel would save us a tenth a kilometre.

“He is already looking ahead and planning how we approach Croatia. He is very easy to get along with, he’s good fun to be around so yeah, I’m very much enjoying working with him.”

For next week’s Rally Croatia, the engine in Greensmith’s Fiesta WRC will receive more power after engineers reworked the fuel injection system and cylinder head.

While this will be the first time it has been used against the clock, the unit was rolled out for pre-event testing in Monaco and Rovaniemi.

“I would be hoping for a strong result and consistent form with no mistakes in Croatia – and I don’t see any reason why we can’t be near the top six,” said Greensmith.

“We know the car can be quick on Tarmac, so an engine upgrade is only going to make it better, so for Croatia I feel it will make a positive difference.

“Maybe on some of the higher speed rallies we have more to work on but, like I said, a lot of it is still to come from the driver.”