Defending a 42.2-second lead on Lempaa, Lappi was attempting to drive safely but a mistake born of that conservative approach nearly cost him.

"It's not so easy to drive a car like this when you are not pushing," said the Toyota driver.

"It's not like the R5 car; the aero and the centre diff are not working so efficiently when you drive like this.

"I went into one corner a little bit early and it tightened, a rear tyre dropped off the road and it broke the rim.

"I wanted to kill myself at this moment. I really thought something was broken on the car."

Lappi joked that he was "following Kris Meeke", who had gone off through a car park on the final stage as he won in Mexico, and said he was still struggling to believe he had triumphed in only his fourth event in a World Rally Car.

"I have never had the feeling like this to win before, it's incredible," he said.

"Still I don't understand what has happened, what I have achieved." 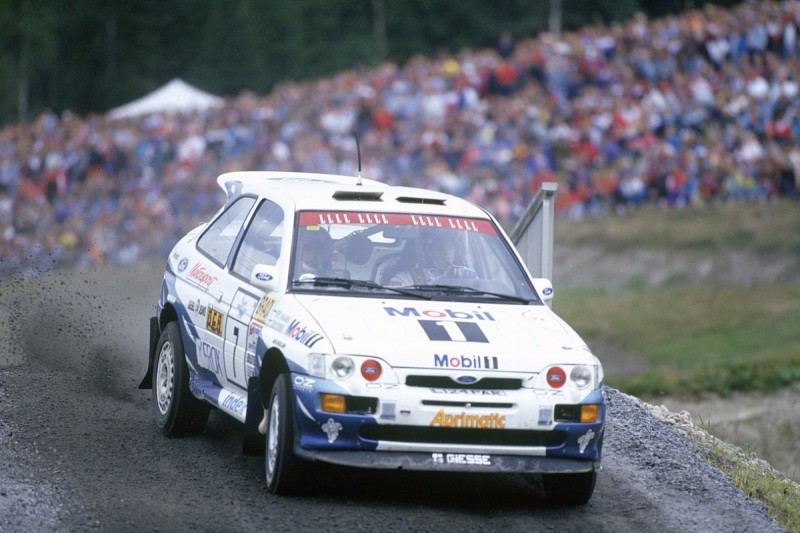 "When I won here for the first time in 1994, it was unbelievable; I remember that moment every day," he said.

Makinen's Toyota team, established near the rally's Jyvaskyla base in Puuppola, briefly ran 1-2-3 on its home event.

Jari-Matti Latvala ultimately retired from the lead, while Juho Hanninen fell behind Elfyn Evans to third on the final stage.

"This has been a very, very long weekend for the team," said Makinen.

"But everybody worked so hard for this and we will all remember this one for a long time.

"What we have done this week is show we are a strong team and we are all together."

"Winning the second round of the championship was another special moment," said Makinen, "but maybe we weren't ready to be so strong as a team.

"After the next round in Mexico we knew what work we needed to do with the car.

"We did a lot on the suspension, we looked at what's making the car work on the road and this was where the biggest changes were coming.

"We kept up the development work and in Poland we knew we were on a good level and that gave us confidence coming here." 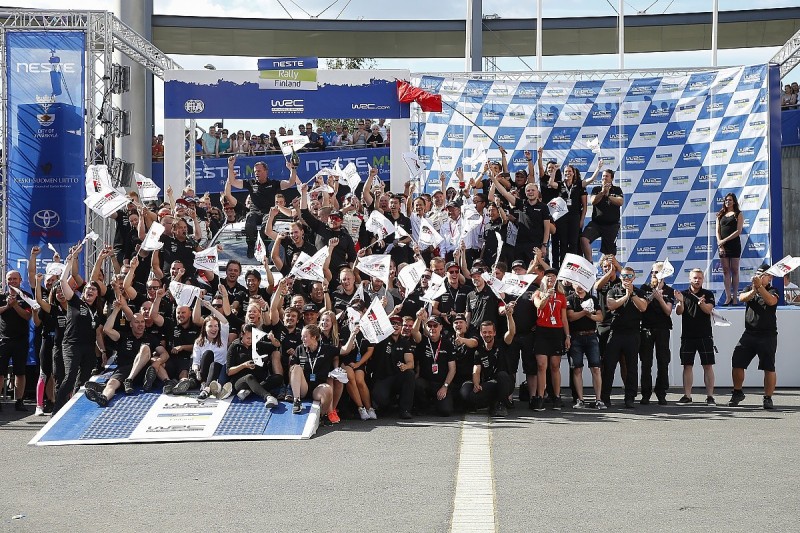 Though Toyota's Finland pace was little surprise given much of its pre-season testing was in the region, the result was still a major turnaround from the criticism the programme received before the car's debut.

"It didn't bother me at all," said Makinen. "It did get a bit personal for the team and this was not so nice, but we are here now."