Neuville had a clear shot at eradicating Sebastien Ogier's 11-point advantage in the WRC standings once the reigning champion crashed out early on the opening morning.

But Hyundai was off the pace all weekend, and Neuville spent most of leg one in a distant ninth before eventually edging up to sixth - falling 10.5 seconds short of Craig Breen's Citroen in his pursuit of fifth.

Third place on the powerstage drew him level with Ogier in the points, and ahead on countback given he has won three rallies this year to his M-Sport rival's two.

"We were clever, and we took the points," said Neuville.

"Taking 11 points from one event from Mr Ogier is huge for us - it's more than we did on the last rally with a win.

"This is a perfect weekend, even if the performance wasn't so good."

Ogier had intimated that running first on the road after his exit was a factor in Neuville's poor Friday.

He suggested the Hyundai driver's performance in a situation Ogier has spent much of the last four seasons in was "nothing really impressive".

Neuville will start first on the next round in Germany, which could be advantageous if it rains as he could leave a dirty surface for rivals in his wake by corner cutting.

"Maybe the rain could be a small advantage but I'm not the guy who makes the big cuts," said Neuville.

"I don't care about the weather."

But Ogier is pleased he will be running second in Germany.

"Our position there will not be as disadvantageous as it has been these last few weeks and the Fiesta has behaved very well on this surface since the start of the year," he said. 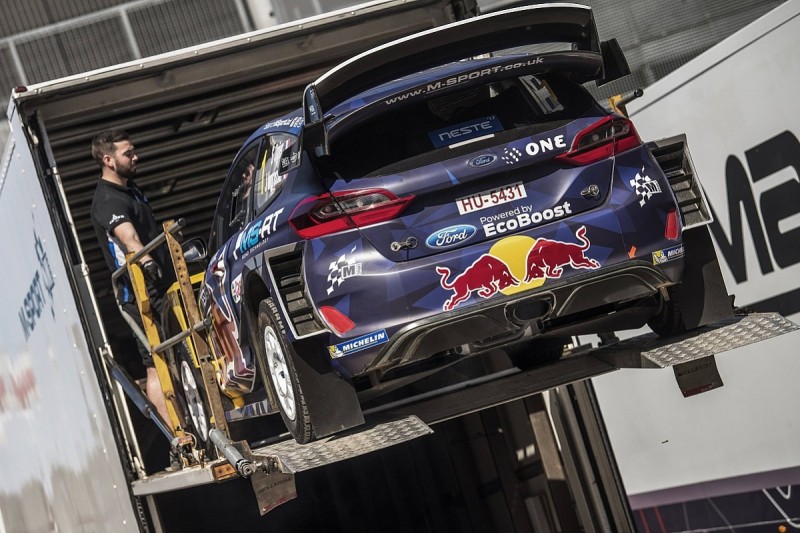 Ogier was unable to restart for days two and three in Finland as his co-driver Julien Ingrassia was concussed in their crash.

Ingrassia is expected to be fully fit for Germany and M-Sport said he was not scheduled to do Ogier's pre-event test there anyway.

Ogier will work with M-Sport's WRC2 driver Eric Camilli's partner Benjamin Veillas in the test, with Veillas on standby for Germany just in case.

M-Sport's acting team principal Rich Millener said: "The advantage we do have is that Benjamin has done a couple of tests with Seb already this year, so if we had to there is the potential for a back-up plan.

"As it stands, we expect normal service to be resumed."

Meeke: Finland WRC struggle a hangover from Citroen benching me