While Higgins will not be able to challenge for overall honours in the car, he will be out to rekindle memories of a hard-charging McRae on an event he made his own - and won Britain's first ever World Rally Championship on in 1995.

"It's fantastic to be coming back with this car," Higgins told Autosport.

"There's definitely going to be a lot of emotion around when people see the car - it's such a special livery.

"I drove one of Colin's World Rally Cars at Rallyday not long ago and when I got out of it, there was definitely a lump in my throat. It's going to be the same with this car.

"What we have here is a fantastic opportunity to remind people just how big Colin was and still is.

"It's also really important to remember how important Colin and Derek [Ringer, co-driver] winning the world championship was for British rallying.

"It put us on the map and helped give younger drivers an opportunity; I benefitted from their success and I'm sure British drivers still are now.

"But above all of that, what we've got is a really cool car that sounds perfect and coming in the right colours.

"I can't wait to get it in the woods and give it my best to represent Colin's memory."

Higgins, who will be co-driven by Craig Drew, has not competed on his home WRC round since 2008, instead focusing his efforts stateside.

He has won the last five Rally America titles back-to-back and victory on the Lake Superior Performance Rally in Michigan sealed the perfect season for the Manxman.

But he now turns his attention to Rally GB and memories of 1995.

"When we celebrated in Chester, that was supposed to be the first of many."

Higgins is already looking towards the potential for upsetting a few of the R5 runners in Wales next month.

"It'll be interesting to see what we can do and how far up among the R5 cars we can get," he said.

"I've been around these stages for a very long time, so I've got a fair idea of what to expect.

"The first day goes right through the village where I live, which will be a bit weird.

"But it'll be special to look in the mirror and see that blue and yellow..."

The car is being built and liveried by Daventry-based preparation firm JRM. 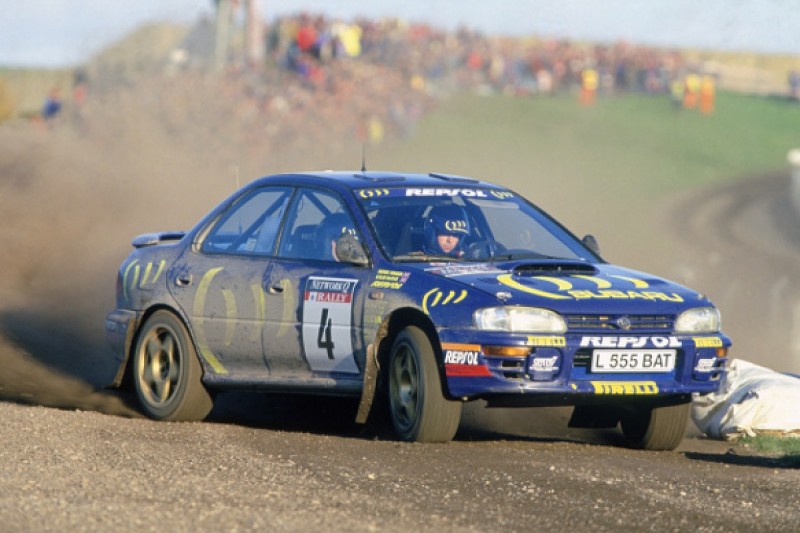