Craig Breen has further teased plans for 2022 by confirming he will be on "the start-line" at next year's World Rally Championship season-opening Monte Carlo Rally.

The Irishman has been operating as a part-time WRC campaign with Hyundai since 2019, but is desperate for a full season in the future.

Breen stated before last weekend's run to third at Rally Finland that a "concrete" update regarding his future will be released within "a couple of weeks".

The 31-year-old has emerged as a key figure in the WRC silly season and has been heavily linked to a full-time switch to M-Sport Ford for next season, with Hyundai unable to offer a permanent drive having already signed up Thierry Neuville and Ott Tanak.

However, Breen has now revealed that he will at least be competing at Monte Carlo next year when quizzed about his future in the Rally Finland post-event press conference.

"I guess we are getting to within days of knowing what the future will hold, it is exciting times," he said.

"It is looking quite positive. Let's say we will be at the start-line in Monte."

The news arrives off the back of another successful weekend for Breen that resulted in securing a third consecutive WRC podium, following second place finishes in Belgium and Estonia.

"It took 30 odd years, but it looks like everything is starting to come together," said Breen.

"Honestly, I think it is just being in the car often and a bit of consistency to the programme. 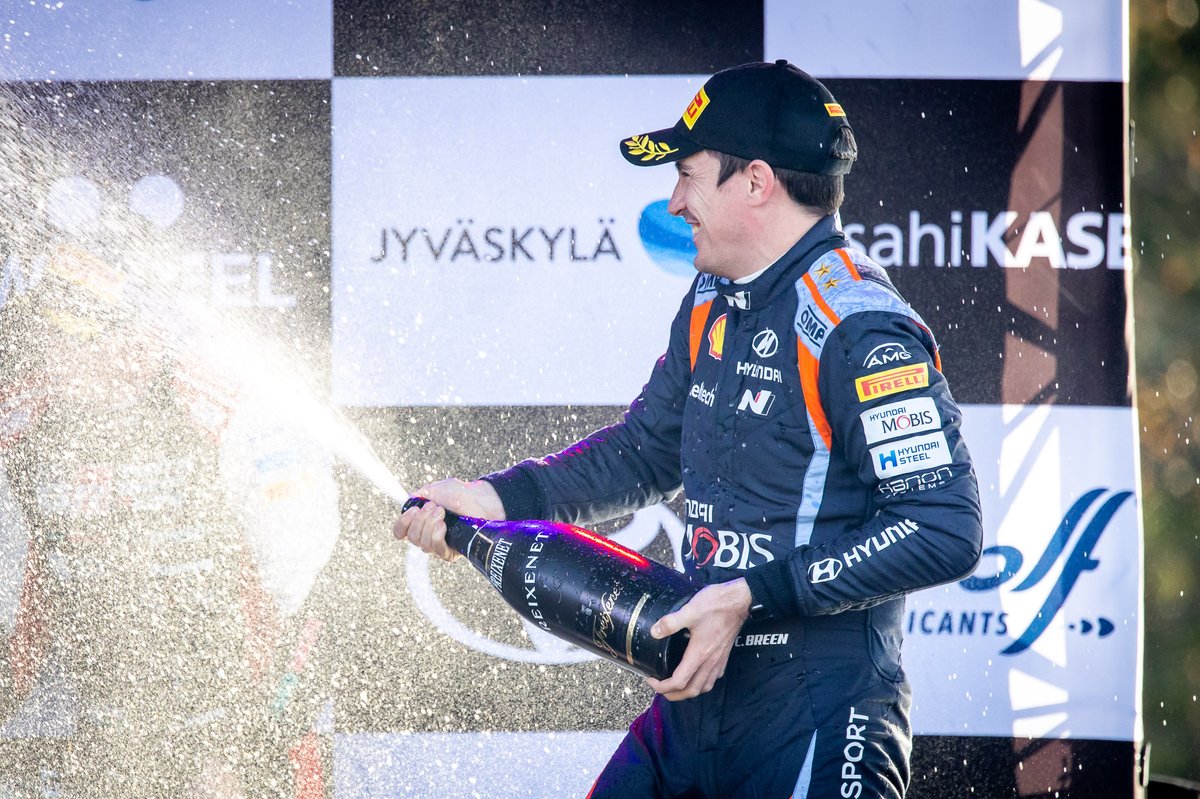 "That is what we had been missing since myself and [co-driver] Paul [Nagle] came back after the Citroen years - it has been very stop start all of the time.

"I'm just feeling comfortable in the surroundings and knowing what switch does what.

"It all feels natural whereas last year I was doing some much in the R5 car it didn't feel normal at all to be honest."

A number of driver announcements are expected in the coming weeks, with M-Sport yet to confirm any of its pilots for a possible three-car attack with its all-new hybrid Ford Puma.

Adrien Fourmaux is widely expected to retain his seat, having played a key role in the development of the Puma. It has been reported that Breen is among a number of drivers, including nine-time world champion Sebastien Loeb, to have held discussion with the team.

Toyota is yet to announce any of its drivers for 2022, but the Japanese marque is expected to re-sign Elfyn Evans, Kalle Rovanpera and Takamoto Katsuta.

Seven-time champion Sebastien Ogier set for a partial campaign in a third car, with Esapekka Lappi favourite to rejoin the team in the rounds Ogier doesn't start after impressing on his way to fourth in a one-off evaluation outing last weekend.

Hyundai is also yet to reveal its plans for a third car, with long-time servant Dani Sordo in the frame to keep the seat after revealing last month that his 2022 plans "won't come as a surprise".

Team boss Andrea Adamo has previously said that Hyundai WRC2 driver Oliver Solberg is in the mix for a drive. Solberg will make his third Hyundai WRC outing in Spain later this month and has tested the 2022 prototype car.