The organisers of the Ypres Rally have begun negotiations to host what could be Belgium's first World Rally Championship event.

The WRC has been hit by a string of cancellations due to the coronavirus pandemic, leaving just five rallies remaining on the schedule - on top of the three events that were completed before the outbreak.

This has forced the championship to evaluate rallies that were not originally on the 2020 calendar, with the Latvia ERC round's organiser RA Events revealing on Monday that it has held "first round of talks" with the WRC Promoter.

The Ypres Rally, which features on both the Belgian and the British Rally Championship calendars but has been postponed from its late June date, has joined the race to secure a spot on the depleted WRC schedule.

Event's organiser Club Superstage revealed that it has been approached by the FIA, and that it has subsequently conducted preliminary talks with the City of Ypres about the possibility of hosting a WRC event with a decision expected soon.

Should the plans come to fruition, the maiden Belgian WRC round at Ypres will be held on 1-4 October.

"It is of course a great honour that we are being considered for the WRC 2020," said Jan Huyghe of the organising committee. 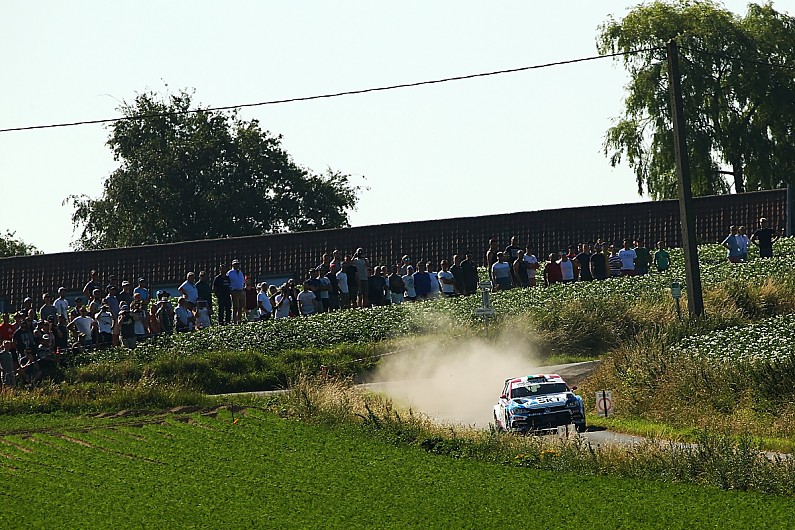 "We are honoured that the FIA asked us, and from that moment, Club Superstage accelerated to formulate a new timing, to draw the special stages, to approach the City of Ypres, the federation and other authorities.

"The project was well received by the authorities, the City of Ypres, who have rally-sport in their genes, and from our partners. We have drawn up a competition that has a Belgian character, in which we have two icons of Belgian motorsport, where Ypres and Spa-Francorchamps can unite with each other.

"But let's be clear, nothing has been decided yet. Club Superstage is currently negotiating with the FIA and the WRC Promoter and soon the decision will be made."

The exact route of the rally is yet to be finalised, but a spokesperson from Club Superstage confirmed that it intends to run a stage at the legendary Spa-Francorchamps circuit that is located 280km to the east of Ypres.

Amid interest from new countries, the WRC has set up a task force with the FIA to evaluate regional and European events and bring them up to world championship standards.

"Because of this growth in the WRC for the last couple of years there's been a joint task force between FIA and WRC Promoter and using highly experienced officials from the WRC world," WRC Promoter's event director Simon Larkin said in the FIA eConference 2020. "That means we already have a foundation to work with these potential new events to immediately bring them up to a level that's acceptable.

"And this is allowing us with confidence, together with the FIA/WRC management, to try to bring new events in, and to work with our existing scheduled events to try and have a bit of a COVID-safe return to the championship.

"This is an intense process that we're going through now and we hope to have a very positive response for everyone very soon."